Since its introduction virtualization has come a long way. Nowadays hypervisors are used for almost everything from running enterprise-level servers to testing different operating systems on a local user computer. There are many paid and free hypervisor solutions available in the world.

But in this guide, we are looking at installing one of these best free toolsets used for virtualization and they’re Virt-Manager, KVM, and QEMU. This guide will show you how to install these tools correctly and with less hassle. Before starting let’s get to know this software a bit better.

Virt-Manager is a graphical user front end for the libvirt library which provides virtual machine management services. Virt-manager interface makes it easy for the user to create, delete and manipulate virtual machines without going through the terminal.

Virt-manager mainly support KVM but it can work with other hypervisors such as Xen and LXC. 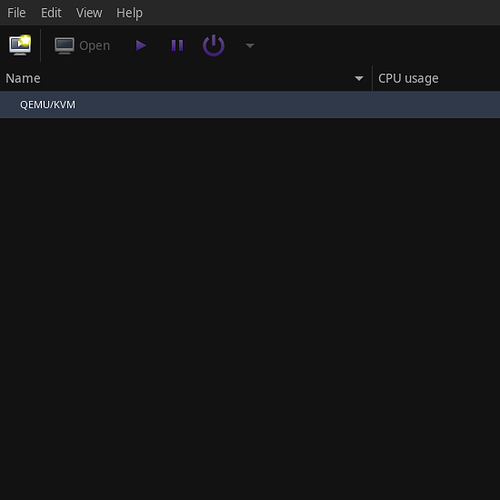 When virt-manager is installed it comes with the below-listed toolset.

The letters KVM stands for Kernel-based Virtual Machines. KVM is a Linux full virtualization solution for x86 architecture processors which has the virtualization extension (Intel VT and AMD-V).

KVM is a free (as free beer) and open-source software. The support for KVM is included in all the new Linux kernels by design.

QEMU is the shortened version of Quick EMUlator which is a free open-source emulator that can perform hardware virtualization. It emulates the host machine processor through dynamic binary translation. Which provides different sets of hardware and device models for the host machine, which enables it to run a variety of guest systems.

KVM can be used with QEMU which allows virtual machines to be run nearly to native speeds. Not just hardware emulation QEMU is capable of emulating user-level processors which enable applications compiled for one architecture to run on another. 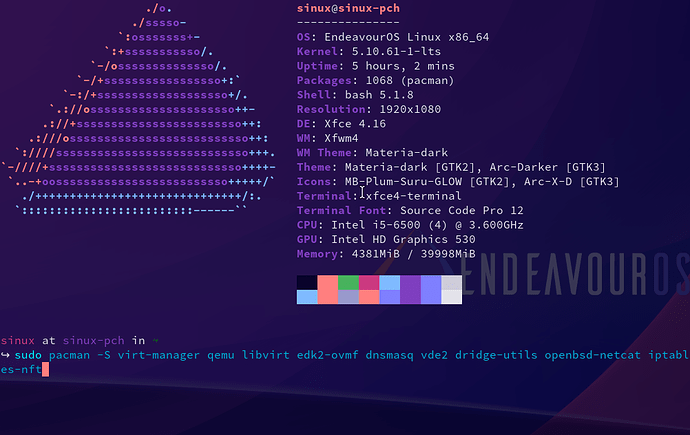 If you wish to edit the created virtual machine disk images you can install libguestfs. These are set of tools that allow the user to view and edit files inside guest systems, change VM script changes, monitoring disk space, creating new guests, P2V, V2V, performing backups, cloning VM, and much more.

Glusterfs is a scalable network filesystem. This adds Glusterfs block support to QEMU.

iSCI enables storage access via a network. qemu-block-iscsi enables QEMU to block this.

It adds the ability to create block device images.

There are several graphical accelerations modes supported by virt-manager.

When using virtio with 3D acceleration some time virt-mangers doesn’t work and it throws an error. It’s actually is not virt-manager it’s qemu you that’s crashing. 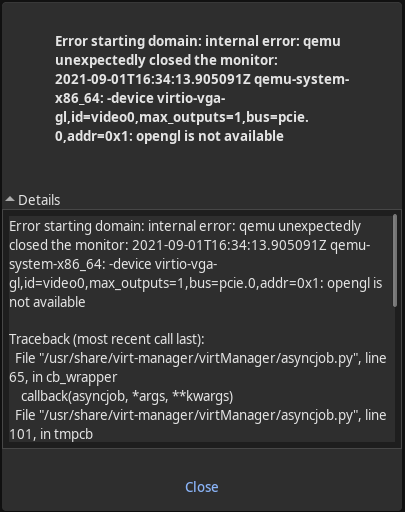 In order to use virtio with 3D acceleration, you need to configure virt-manager as shown below.

After configuring like this you can enjoy a fully 3D accelerated guest VM. Also, remember to click on Apply.

RedHat supplies a set of guest drivers for virtio which covers the graphic drivers for the guest system. You can download the latest drivers from their GitHub page here. 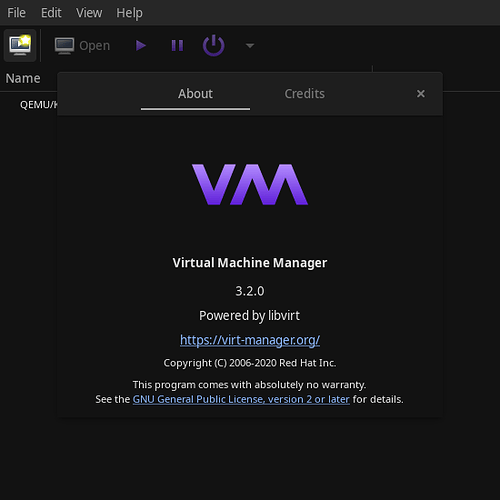 Under this article, we have covered most of the aspects of how to install and configure virt-manager and KVM. Hope this article helped you to get your own virtual environment up and running. If there are any questions feel free to reach us at the forums or any other contact channel listed below.

Hope this helps some one and like to know if any corrections are needed.

I notice in the file is set to 0777 I changed it to zero. What do these entries do in this file?

Edit: Also i tried the graphics thing that dalto mentioned but didn’t see that it did what i wanted for setting resolution. V-box does a better job in this area as i can set exactly my monitor resoltion and it adjusts slight to fit in the window allowing the task bar above and below. The one above being v-box and the one below being my host. This is the way i like it. So i improvise on virt-manager and set the largest i can that fits and it leaves a border on each end in black.

You only need to un-comment unix_sock_rw_perms = '0770'. Which allows the full management for the group libvirt.

Graphics I’m still trying to figure that part out as well. I got a resolution issue with Arco Linux when using the graphic setting @dalto mentioned. And had use xrandr. I’ll play with it more and get to know it more.

VirtualBox is fr noob friendly and easy to use also, the guest add-ons make the graphical part much smoother. But I did see a performance difference between VMs on virt-manager and VirtualBox.

I’m also finding that it isn’t working on virtio 3D anymore and i have to use qxl. Before i was using virtio 3D with no issues bit since update which i think was qemu it doesn’t work now.

When i want to install:

What can i do?

Yes, QEMU crashes when trying to use 3D.

I do add my user to the libvirt group!

Then it seems like your user is not able to access the path. If you just added the user try to libvirt group do a restart and try again.

Also, are you able to access that path normally? try creating the .qcow2 file in your /home folder to check if it works then there is a permission issue with the location.

Ok, thank you. I take a look at the path!

I managed to recreate and find a solution to the issue. I added it to as step 5 onwards under where we add our user to libvirt group in the tutorial.

EDIT Made: Step 5 onwards under where we add our user to libvirt group in the tutorial. found the workaround to this error virt-manager Could not open '.iso': Permission denied'.

I have added a link to this tutorial on the already existing (but less detailed) tutorial on the same topic (Virt-Manager Tutorial) and have cleaned up the meta talk here regarding that topic.

EDIT Made: Added this section to describe how to enable virtio graphics with 3D acceleration.

P:S: @ricklinux this one is for you.

Unfortunately it’s not working. It tries to load the ISO but i only the get cursor on the screen and the live desktop doesn’t load. Also i keep getting the kde wallet coming up. It comes up when i try to connect to wifi, or use chromium and now virt-manager. I don’t know how to deal with kde wallet. There is nothing else installed for it. I don’t know how to use it because i don’t know where to get a key for it or set it up and other components aren’t installed for it. Not sure why it’s even installed as part of the packages. 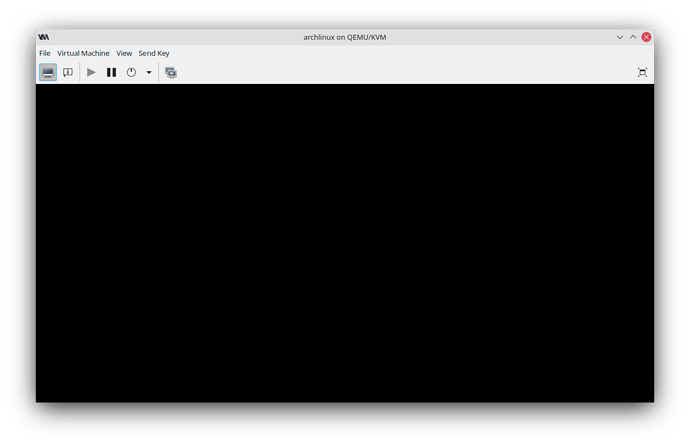 That’s strange I tested all the steps before posting them which worked for me.

It works if i don’t fill the 3D box full. If i just leave it half what ever that does. Then it loads the live ISO. I can try it after it’s installed on full.

Edit: It froze in the installer.

I’m testing it. Are you using a Windows ISO or Linux?if Windows are you trying to boot into the installation? If Linux which?eos?

Eos and i have amdgpu on Ryzen.

Edit: I will just use it on Qxl. This all started with the update on qemu. It used to work fine.