Upgraded my rack a couple weeks ago. Been loving it. 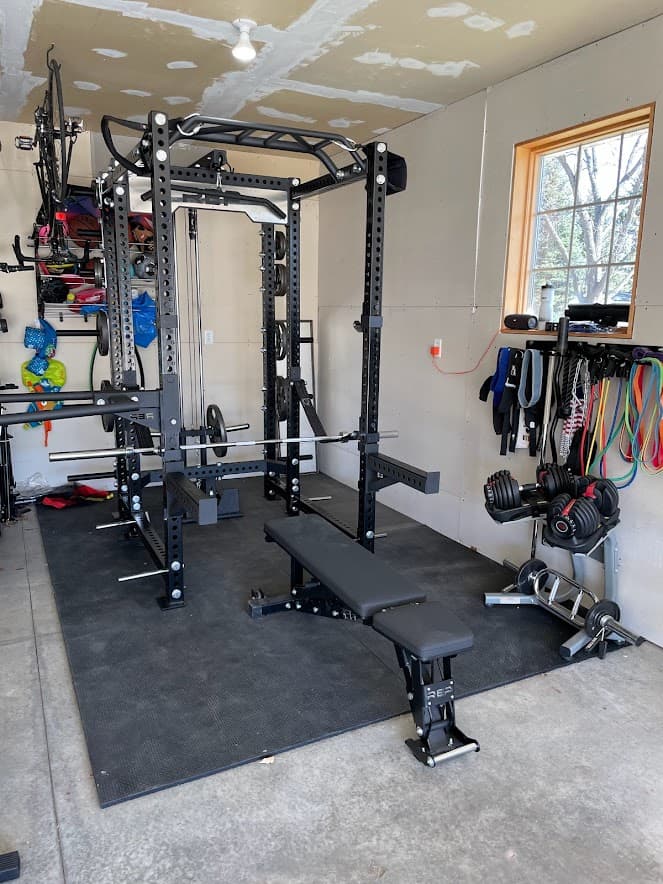 I looked at that Neo monitor when I was deciding which one to purchase, but decided against a single massive one, and opted to go for a curved 32" 165Hz screen instead. Much cheaper, and gives me the option to use all 3 of my current monitors now, which is handy on raid nights 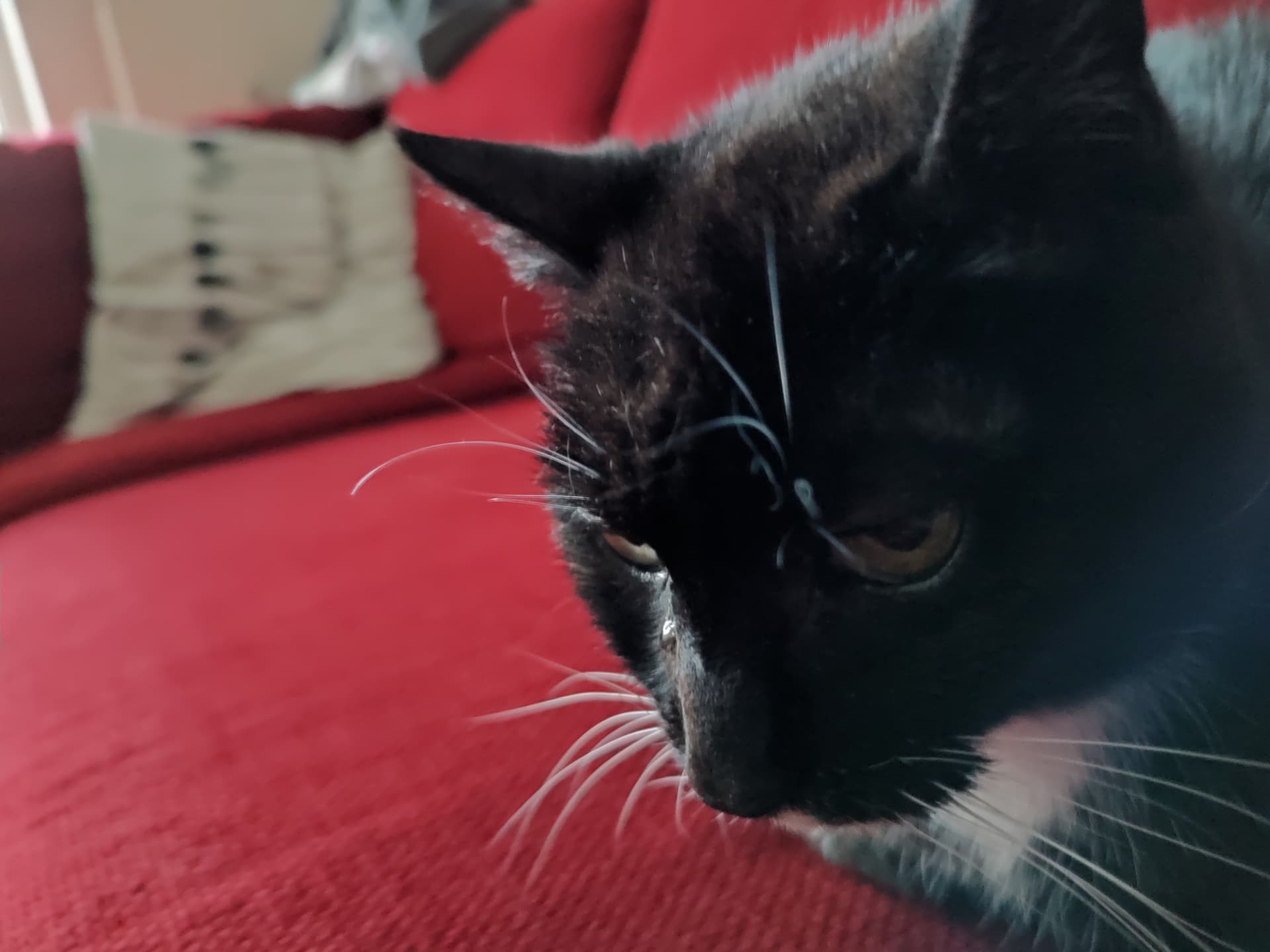 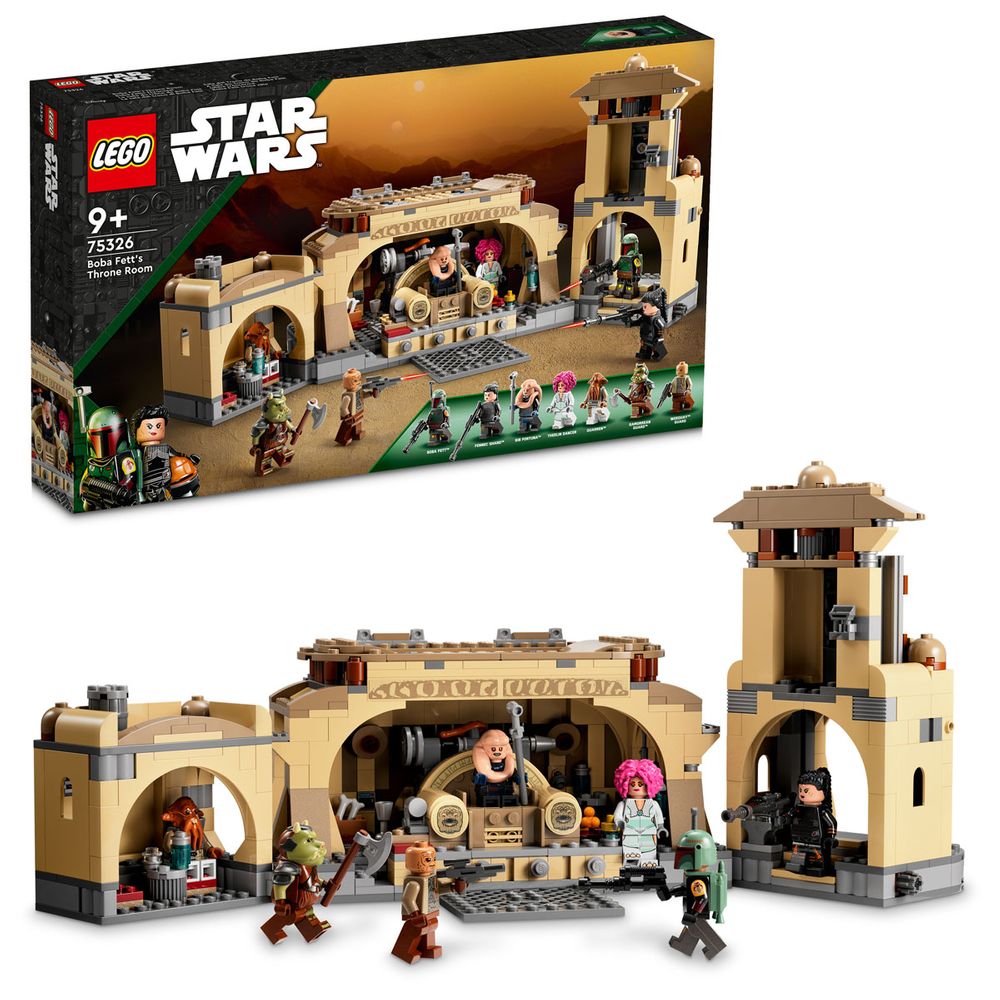 However, 2 weeks ago there was a pop, a fizz, and a god awful burning smell. I made the mistake of accepting a discounted Cooler Master GX 650 - thinking that ‘bronze 80’ made it good.

It did last for 9 years… so I shouldn’t complain.

Actually, now I’m extremely happy that it did fizzle out - it feels like I upgraded to a supercomputer…
Certainly this PSU is rather nice and the Steel Legend price is almost the same as the ancient Ga-H87M I had before, but sooo much sweeter.

Compiling my Guayadeque took about a fifth of the time it did before… and it runs BallisticNG very nicely TYVM.

I’m guessing that’s a 5600x, but can’t read the sticker. Nice setup, I guess coming from a dual core HT to a Hex core SMT might feel a LITTLE faster, yeah…

I was trying to see what it was also.

Looks like the 5600G if I am reading the fuzzy blown up image of the label correctly. I don’t see a separate graphics card in that pile of new toys - which makes me think it’s the 5600G with the integrated graphics. BTW - I have the 5700G and while I’m not a big gamer or anything, it’s more than adequate for me. My original plan was to get a dedicated graphics card once I saved up a little, but I’ve never felt like I needed it. 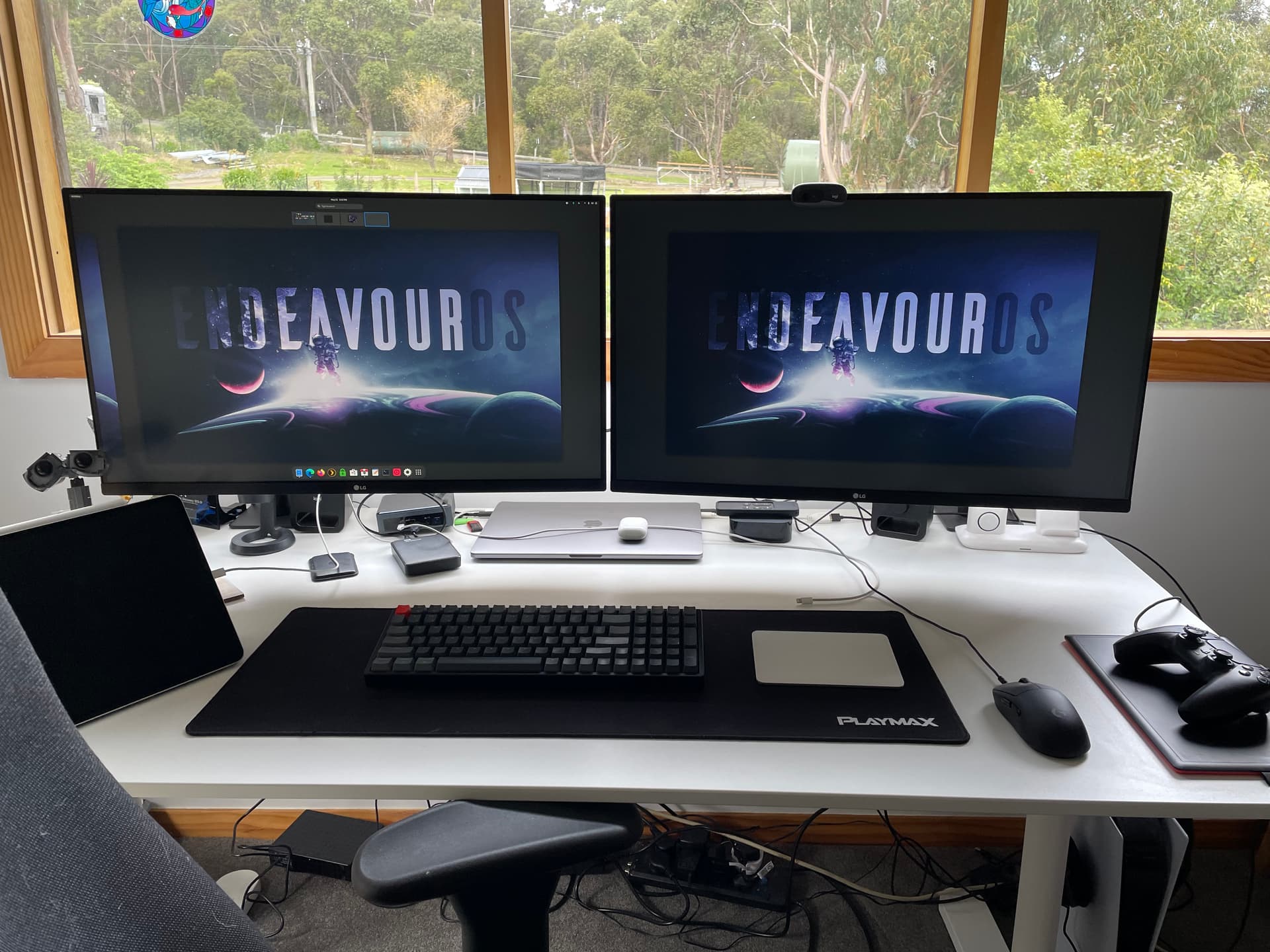 I wish my latest was computer related, but we had something drop into our laps, and that caused us to make a really big purchase.

First off, about 3 months ago, one of my fellow Expats called me with a problem. He had bought a 5 month old Beagle puppy. After three days, his Thai wife told him that he had to go. So he called me asking if I wanted a Beagle. Please let me introduce the newest member of the Lines Nut Hutch - Thailand Chapter, Buddy. 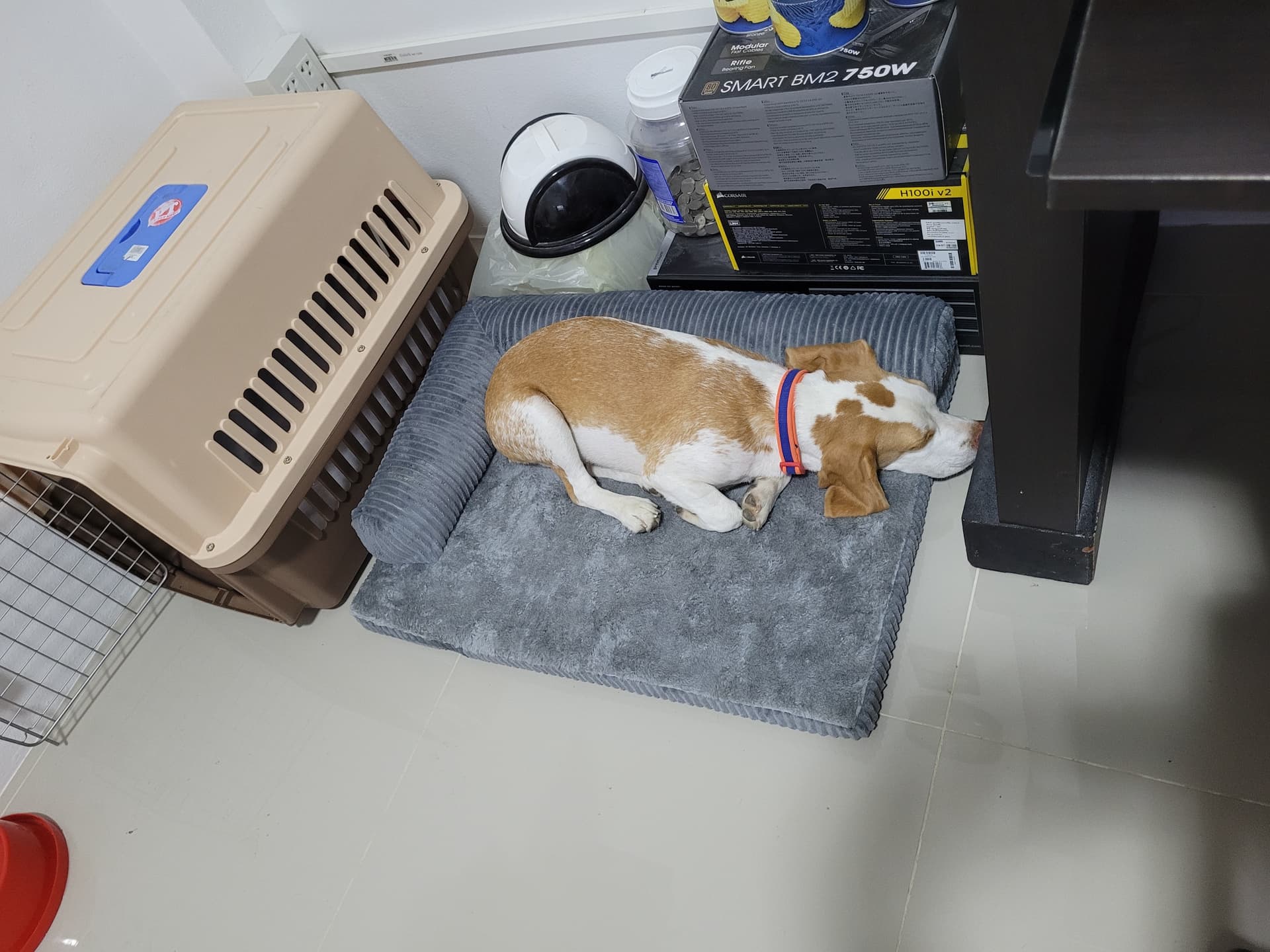 Now we are in the rainy season, and our yard, or garden if you will, was nothing but mud. This led to my second purchase, a patio. 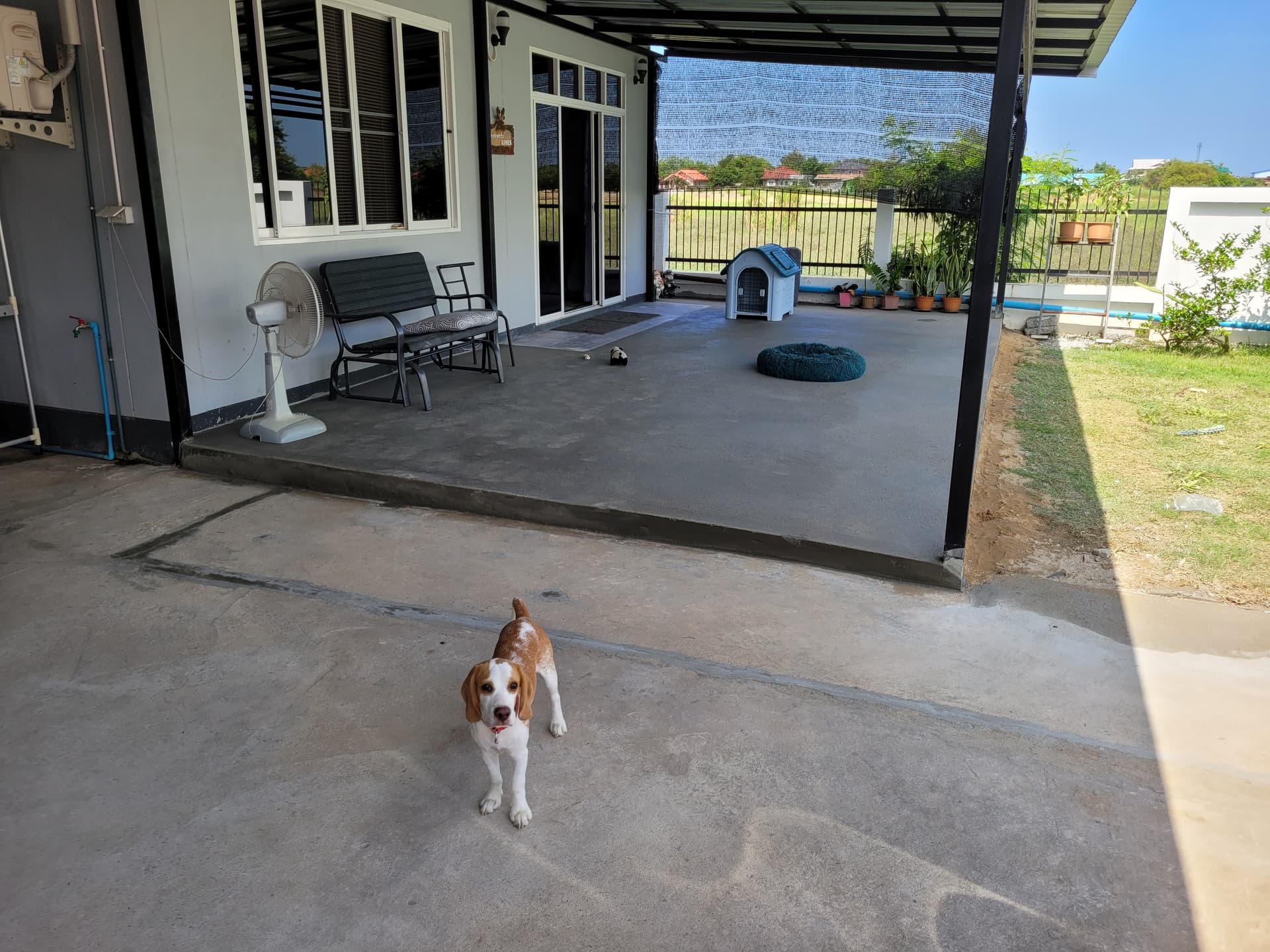 Now Buddy has a nice place dry place to play when it rains. Over the next couple of weeks, we will be adding a nice looking fence and some other things.

I don’t know what it is like in Thailand, but here the next big expense will be Vet bills.

The critter in my avatar and her brother are 12 years old. I think I am paying for the Vet’s school loans. 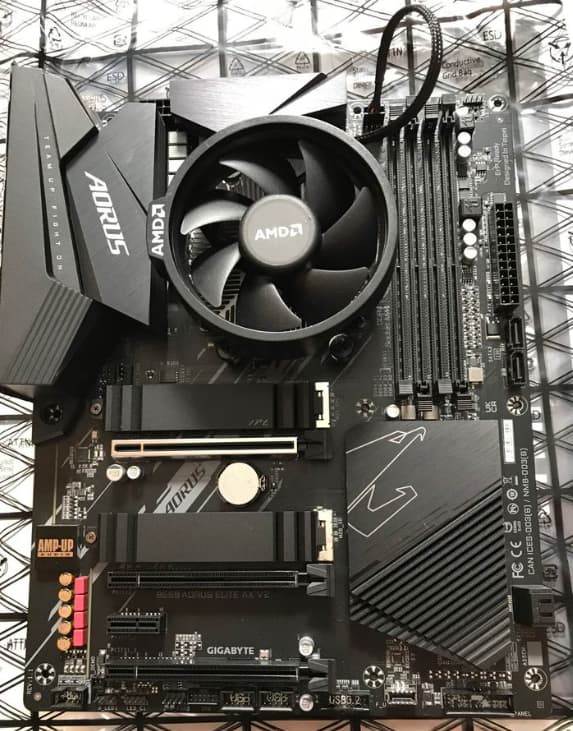 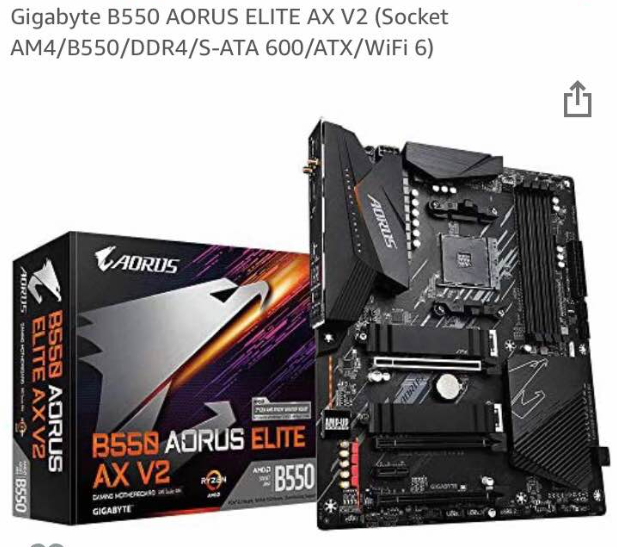 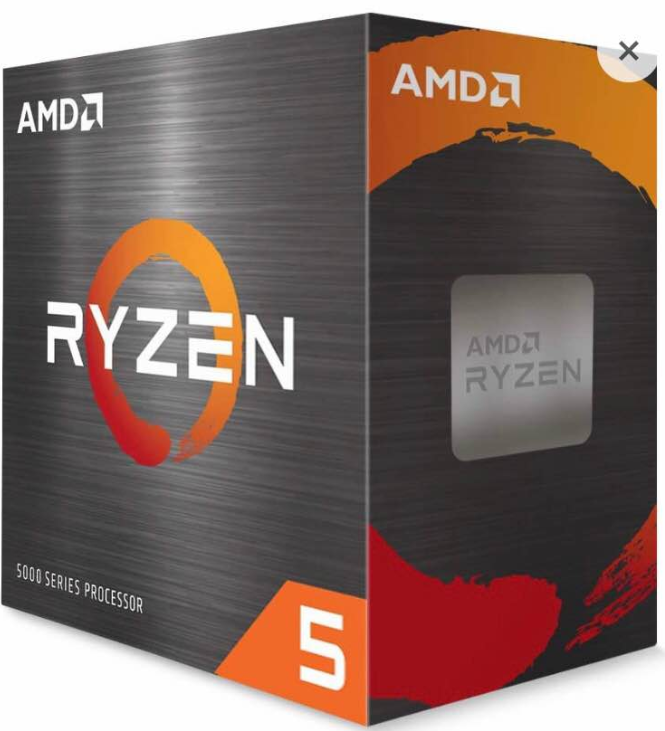 Going in main rig on mon/tue

Get an insurance if that’s possible in Thailand. The vet bills, at least in Sweden, are insane. My prime partners cats are better covered by far, than she is,

On the other hand, medical insurance in Sweden is’nt needed.

I don’t know what it is like in Thailand, but here the next big expense will be Vet bills.

Get an insurance if that’s possible in Thailand. The vet bills, at least in Sweden, are insane.

Luckily, they are not too bad here. His full round of first year shots cost only around $40. Having him turned into a “sporting model” is going to cost about $100. Luckily, I did not pay for him. My friend gave him to us. However, he paid 42,000 Baht ($1,200) for him. I offered to pay for Buddy, but my friend told me that knowing he was going to be taken care of properly was payment enough.

He has become “my boy”, and has melted my wife’s heart. When we first got him, she would not let him in the house. Now, he is in the house most of the time. Why? She likes it when he sits next to her when watching TV.

@Data That motherboard is bulletproof. I use the same one in my home server. It has run constantly since I built it almost a year ago without any issues.

My daughter and I own a horse for which we buy major medical insurance. When we first started down this journey I thought the insurance cost was ridiculous. Ultimately the horse required a trip to an equine hospital, several hours of emergency colic surgery and two weeks of care at the equine hospital. That’s when I found out what a bargain the medical insurance was … the total bill was over $45,000 … our portion was about $3500. I don’t complain about the horse insurance bill any more - the horse will likely die of old age before the insurance company could recover their loss on that beast.

I’m glad my local vet is pretty understanding of my situation with money. He either doesn’t charge me or lets me pay him off at around $20 a week. He’s a legend

This Thinkpad T495 I picked up on Ebay for 250 USD. Just need to pop in my SSD I got off Amazon, and a Battery I got off Ebay and we are good to go. It looks brand new, there was no signs of usage, even the charger still had the plastic on. First order of business install Endeavour OS.

Only issue I had was the weak sauce screws Lenovo put on the bottom cover. I stripped the screw until I got a screw extractor kit off Amazon. Took a while with the drill but eventually it came out.

how satisfied are you with the gigabyte? i’m about to build a new pc. i’m completely overwhelmed with the choice of motherboard, there are millions out there.

please take a look here, i started a new theme