@eznix just came out with an interesting video, thought i would share.

I see this also, can not build ISO currenly.

I have learned since doing the video that the problem really lies with the fatlabel tool that is part of dosfstools. The syntax of the fatlabel command changed and kpmcore will need to be adjusted. It only comes into play when creating partitions with FAT filesystems, and that only really happens during GPT partitioning in an EFI enabled system. I guess it could come up in other circumstances, but that is the most likely. Until kpmcore is fixed, Calamares will probably continue to have this problem, unless the Calamares developers find a work around. Another work around would be to prevent dosfstools from updating past version 4.1, since 4.2 is when the change happened.

I wonder if this is the problem affecting the one user here? Fails to create the root on his drive.

Phillip from manjaro got the fire lit under my initial bug report, so no, not just one user.

Updated kpmcore 20.12.2-1 seem to be causing Calamares to fail to create GPT partitions

Thanks for sharing here Eznix… I was going to post a like to you video… Lol
Like always, I am way behind the horse… Hahaha
Thanks!
LLAP

Here is an update video with more accurate information:

I wonder if this is the problem affecting the one user here? Fails to create the root on his drive.

If Mint works, that probably means Mint may have more suitable drivers (but don’t know what). In general, Mint has different software versions (that is: older) than Arch based distros. If you are still willing to try Arch based distros, then as already suggested, Arch itself is worth trying. With Arch you’ll install everything manually, and you must be prepared to study every step much more than e.g. with EndeavourOS. But it is very straightforward, and Arch wiki has great support for various d…

Nice to have you do those videos, it is a favorite for everyone getting into what it is about to Maintain installers for arch!

We do track this also upon calamares chat at telegram.
And yes we do use a fork of calamares, I would more recall it a hacked version, as we do use calamares sources directly but use a PKGBUILD changing configs and adding modules to it.
On top of we do use welcome-app to change and inject configs before starting calamares.
This is also the reason why we do not stay even with the latest calamares sources because we see that the latest sources are not called stable, new features are added but are not fully tested for all setups and systems, and of cause can interfere with EndeavourOS hacks.

this could be also a little be caused by PEBCAK ?

As you can see @eznix video where he tries latest EndeavourOS ISO, it do not have this issue, as we do have released before the updates that causes the issue, it could only happen if you do update from LiveSession (not recommended in any way to do that)

this could be also a little be caused by PEBCAK ? 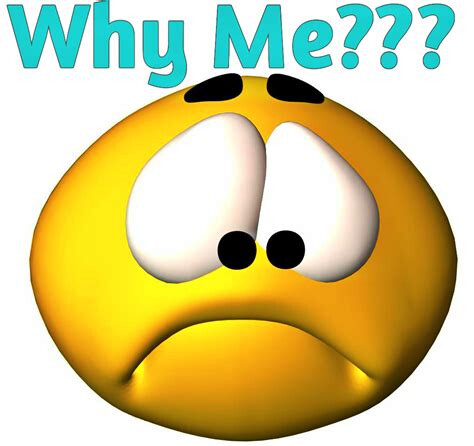 Calamares hacked version is not affected by that, just like @joekamprad have said - it’s generally a good idea to keep Calamares behind, it’s far from stable on latest from what i’ve always heard…

@keybreak - That is interesting to hear. I wonder what changed in Calamares between 3.2.34 and 3.2.35.1 and 3.2.36 (the problem happened on both versions of my build). I am curious as to the version of dosfstools and kpmcore you installed on the custom build the other day. Thanks.

Calamares is a moving target, for sure. I like building the latest release as sometimes bugs are fixed from one release to the next.

Well, hopefully i’ve understood nature of the problem correctly, but as far as i understood it’s pretty hard to miss

@keybreak - The problem looks to be caused by dosfstools version 4.2, specifically, the fatlabel tool in dosfstools. Since Calamares needs to work with distributions that are using both older and the latest dosfstools, the change in command line syntax between fatlabel 4.1 and 4.2 is causing some headaches.

I didn’t provide a link as i didn’t think you would want to read through over 200 posts. I beleive the problem is the hardware. It is a laptop with an Intel Optane disk and it will not install on GPT as it won’t create / during the install. Have tried everything i know of and can think of along with others.

i am struggling to get linux working on my new zenbook. boots off the live cd, but upon installation i get this message mount: /new root cannot find UUID=bof37ie88416688c8cf63b1da48a6 you are now being dropped to an emergency shell. sh: cannot access tty: job control turned off frootfs 1# ‘’’’’’ so far linux mint boots u, but has various sound/multimedia issues. browsing the internet seems an arch linux based distro can resolve those thank you nals

i do think the issue is different if using calamares 3.34 and latest dosfstools it will create the efi fat32 partition and fail on creating the root partition, as i do build also almost daily ISO’s i have seen this.
I can choose manual partition and do not fill till the end of the disk with the root partition it can create everything and installs.

as i do build also almost daily ISO’s

I knew you’re advanced AI after all!