Windows lets you now to access your Linux filesystem, but

… you will have to do it from inside WSL and then use File Explorer to browse it.

So if you dual-boot Windows and Linux using different disks you can, with this update, access your Linux files on the Linux disk from inside of Windows 10 (albeit inside WSL 2 inside Windows 10).

And because WSL 2 is able to expose Linux file systems to File Explorer (the file manager, previously called Windows Explorer) you can use browse a native Linux filesystem (mounted in WSL 2) as though it was a regular one 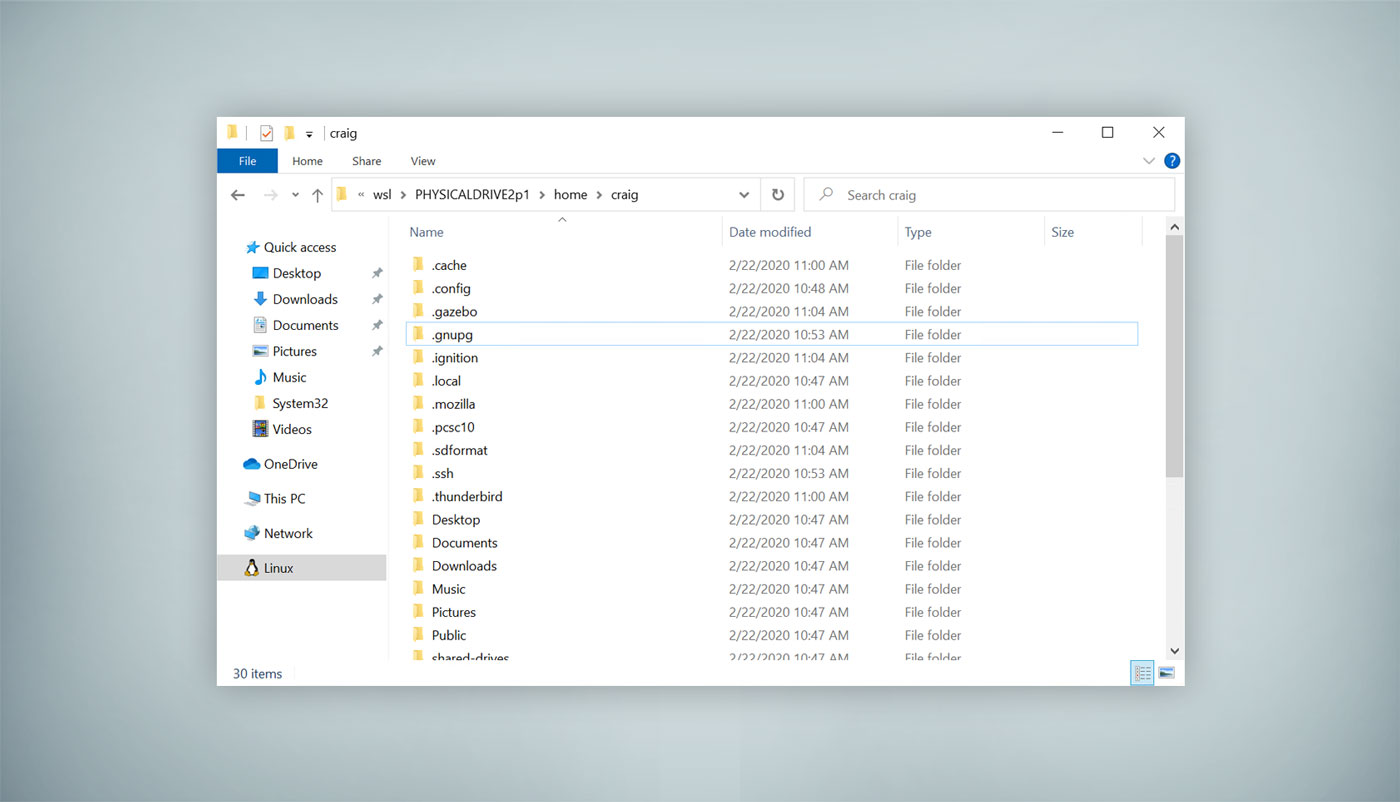 WSL 2 to Get Tighter Windows/Linux Integration

Microsoft has dished up new details on future WSL 2 improvements, and it includes the ability to mount and physical Linux filesystems like EXT4 in Windows.

2 Likes
Do you use another distro?
Different Versions of Games
RAM not correctly detected after install
Resetting my laptop - advice needed
Stephane September 11, 2020, 7:30am #2

how many time before a malware windows will use wsl2 to go on ext4 disks ?

If you needed another reason not to dual boot…

In that article, they mention “native Linux filesystem” and “filesystems like EXT4”.

Starting with Windows Insiders preview build 20211, WSL 2 will be offering a new feature: wsl --mount. This new parameter allows a physical disk to be attached and mounted inside WSL 2, which enables you to access filesystems that aren’t natively...

Starting with Windows Insiders preview build 20211, WSL 2 will be offering a new feature: wsl --mount . This new parameter allows a physical disk to be attached and mounted inside WSL 2, which enables you to access filesystems that aren’t natively supported by Windows (such as ext4).

So, if you’re dual booting with Windows & Linux using different disks, you can now access your Linux files from Windows!

wsl2 will need a mask

how many time before a malware windows will use wsl2 to go on ext4 disks ?

This was literally my first thought when I read the OP. I’ll pass, thanks MS, and your insistent trudging towards trying to ruin linux…

Windows is intent on wiping out Linux for good. Windows loves other software then they destroy it

I suggest we officially disavow dual-boot in wiki as not secure option from now!

I suggest we officially disavow dual-boot in wiki as not secure option from now!

Only if Windoze is involved and if Windoze has network/internet access.

You know you can always dual-boot arch with arch.

My recommendation for Windows users who want a Unixy experience is to format their windoze drives and install Linux.

They think “I don’t like this, I want to write my spreadsheet the way I always have”.

It’s either the spreadsheet done the lame way or the “Unixy” experience. Your choice, buddy!

But the number of Windows users who will specifically site games or MS Office or the Adobe Suite etc as their reason for not running Linux - or dual booting Windows - is legion.

Ain’t that true…
I was myself same (except office obviously

Of course, its possible to run popular games on Linux BUT it requires a little know-how and a little work. Two things that automatically disqualify it for the vast majority.

Not really. now it’s very hard to find a game that doesn’t run on Steam (which requires zero work), and Wine + Lutris (which requires some work initially, but with guide it’s easy)

Also there have been occasions where Linux users were auto-banned from certain games for having the temerity to not be Windows users.

Can you give some sources?
First time i hear about that…

Can you give some sources?
First time i hear about that…

I think this is about anticheat.

Oh yeah,…I always forget about online games which i don’t really care too much about personally

Well that’s a bummer, but i’m sure there are countless ways around it

P.S. Btw that Denuvo Kernel-based anti-cheat is such a joke