For those who don’t know much about the systemd suite, do read up on systemd. It’s a whole collection of modules and is much more than an init system. Arch based distros usually only pull in a small slice that does function as an init system.

systemd is ideally meant for corporate and cloud management, not really targeted wholly at end users like us.

I’d bet that Lennart is working in the Azure group for Microsoft’s cloud efforts and moonlighting on open source continued development. The lines between the two may be fuzzy.

Sorry for OT but can someone give me an update on the “unwritten rules” here please?

When I used the F-word in a non-obscene context ppl were offended and flagged my post but calling someone a piece of shit without further context is ok?

P.S. In case it’s not obvious - that was answer for the question, not encouragement of using cuss lexicon.

I don’t understand the hatred towards systemd

Well the s-word was just an emoji

as long as it’s not personal attacks on forum members

calling someone a piece of shit without further context

Yeah, a very lucid an nuance-rich comment, as commented before

I don’t understand the hatred towards systemd

As a person he might be censored;not-taking-the-risk-of-deleting-this-post, but you can’t deny he is somehow very clever and having a very big influence on the linux ecosystem.

I think it would be interpreted jokingly as the guy is real piece of crap. On the other hand using the F word to me has a much more offensive connotation! I don’t feel there is any reason to use the F word here in my opinion.

Not even in the RTFM ?

Generally considering their own proper “sense” as being “generally common”

All in all, it is quite sad that a thread which could have brought forth an interesting discussion about what was stated in the OP, what people think about the future of systemd and its implication for the Linux systems using it etc. etc. became instead a discussion about “shit” and “fuck” words and got already derailed by a “shity” comment and dancing clowns.

Ok, let’s stop with that fcking sht and get back to topic.

Maybe Lennart can infiltrate M$ and end their EEE mentality

I know and I agree.
I just had to use them “rhetorically” to make a point (why they were put within " ").

I’ll be out of this for now, so long! 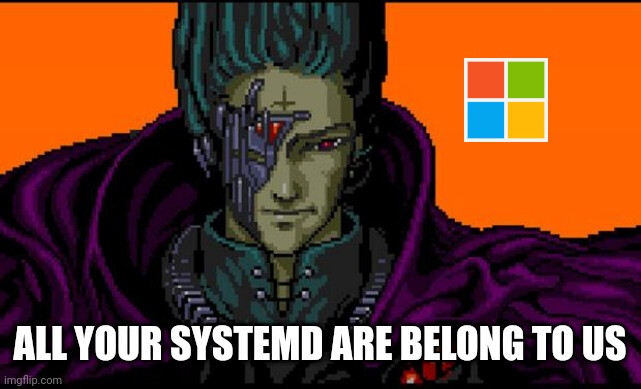 If people here really cared they would be using artixlinux not Endeavour OS.

I agreed 100% and such vocabulary is simply offending widespread in analog live situations.
It is offensive and can be misunderstood in many ways and leads to rage…

And now to something completely on the topic please

on the topic please

Artix Linux is interesting, but best for knowledgeable and advanced Linux users. One must use the terminal to build and maintain their system.

Other distros with different init systems to consider would be MX, AntiX, Void, Hyperbola, Parabola, etc.

I don’t know much, just out with curiosity; is it possible to shift EndeavourOS init system away from systemd ?