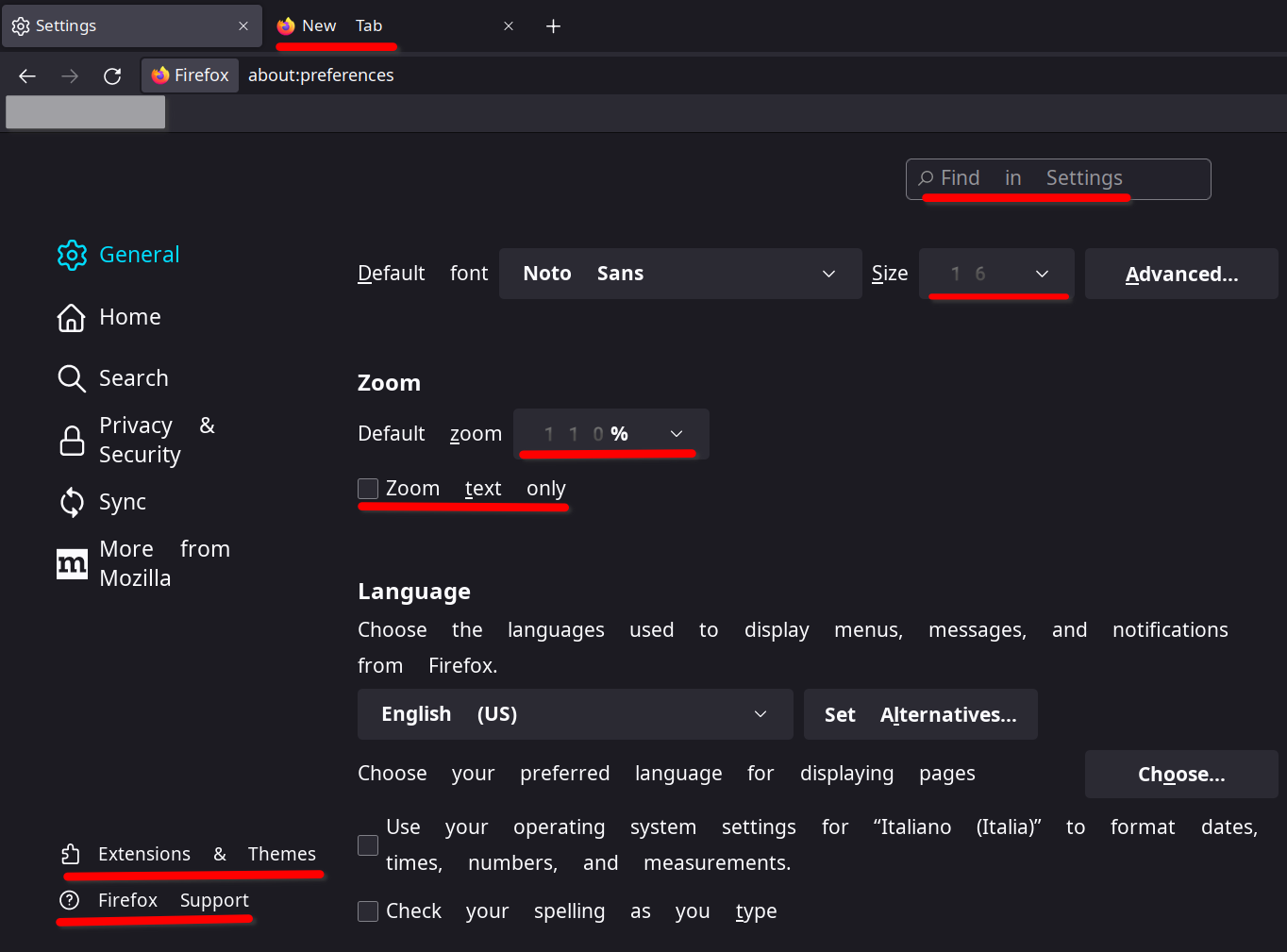 I obviously tried other fonts besides Noto Sans (Dejavu, Cantarell).
I also tried to use fc-cache --really-force
The font of the numbers and space is also very strange

I have done my research, I initially tried fixing CJK fonts rendering looking shit, I fixed that with the following .conf file in ~/.config/fontconfig/conf.d https://gist.github.com/sorat0mo/c185e852480af28bcb666bc05f173fb4 Below is my problem, see the characters i and I (capital i) Brave: [image] Firefox/Librewolf: [image] I tried in Firefox (Arch repo), Firefox (Flatpak) and Librewolf(Flatpak), I am using Librewolf(Flatpak) at the moment. To compare, I opened the same page in Brave (Fla…

Thanks for the reply. I’ve tried but the result doesn’t change (and changing that systemwide setting makes the fonts a bit blurry anyway)

To be precise, I put “none” for character hinting

.
Here @keybreak provided detailed explanation for this issue. This whole topic is worth a try.

It’s not that issue, i think…spacing that wide i have no clue except problems with font / specific de font rendering engine 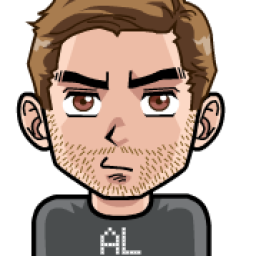 Why is the font spacing on some websites broken?

Might be worth a try: create a fresh profile and see if you still have the issue.

In the aforementioned link, there was discussion that after removing specific fonts, the issue can be fixed…

I made a few attempts

in the file /home/salvatore/.config/fontconfig/20-no-embedded.conf and nothing has changed

I tried going to give

But it did not work

I created a new user with all settings clean, and the fonts are still the same

The folder ~ / .fonts is not in my home, but I tried to look for the fonts named in the topic but they are not in my system

Hardware acceleration is not active in my firefox

PS: Thunderbird doesn’t have this problem. Which is weird. Obviously I tried to put the same fonts as in Thunderbird, but it hasn’t changed.

In any case, the problem is not that urgent. it’s very annoying but I can live with it

Weird question, but are you 100% sure that Noto fonts are actually installed?

it’s very annoying but I can live with it

Gimme a break! Even i can’t live with your problem

They are installed, my DE (KDE Plasma) has the default Noto Sans fonts. Do I have to install Noto-sans-extra as well?

Do I have to install Noto-sans-extra as well? 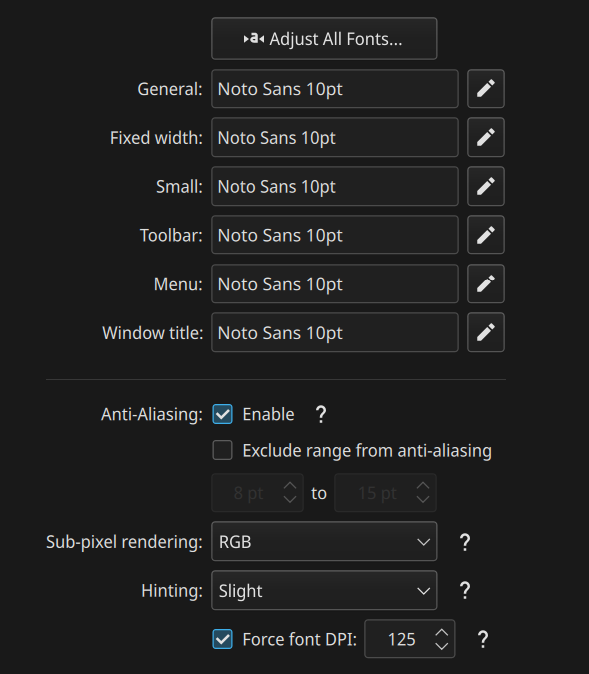 I also tried with full

Looks good to me, but:

By strange you mean as huge spaces as it were in op?

Yep. is it strange that only Firefox has them and not Thunderbird, in theory they are not “similar” programs?

I made a few attempts

I would suggest to start from a clean user profile, if you want really to find the problem and not just playing around Sherlock

create a fresh profile and see if you still have the issue.