In your opinion which is the most good looking DE available?

Thank you very much

I’m going to steal some of this for sure. If I run into issues I might hit you up.

Like others have said out of the box Deepin is the best looking DE but has too many bugs. Kde has the most customisation available imo but I think cinnamon DE is one of the smoothest and polished DE around.
TLDR Deepin if its bugs are fixed Cinnamon until they are

When it comes to beauty and simplicity I think UKUI is really the best. Unfortunately, it has bugs as of now but will get better eventually.

For me, it’s KDE as long as you put effort customizing it. However, I’m the type of person who is already comfortable with the default theme

I’ve only changed the Window decorations and it looks nice in my opinion: 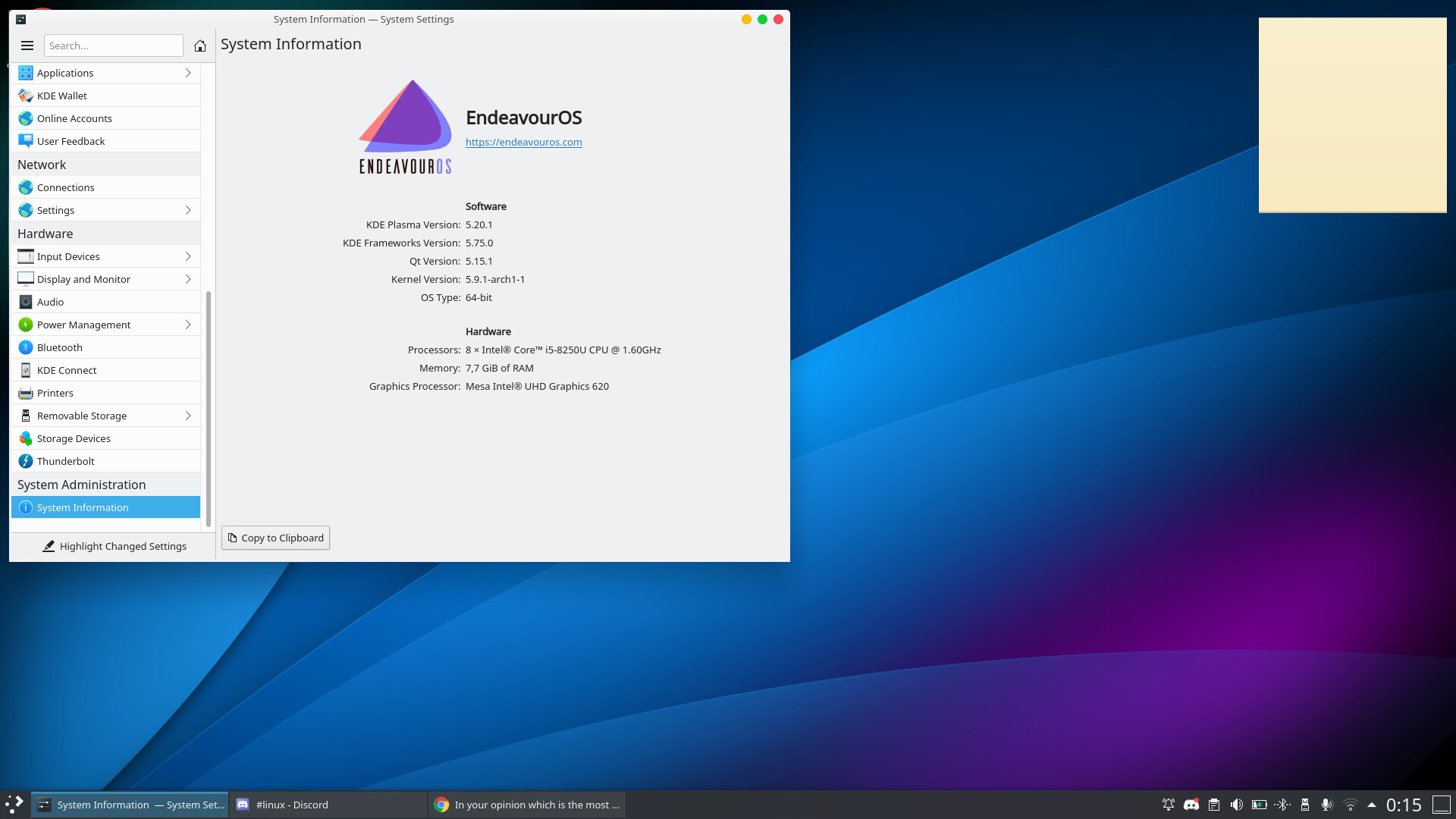 XFCE is nice too, but it lacks of effects and it’s more simple than KDE in my opinion.

of al the big DE’s, KDE is my favorite one too, I guess XFCE would come second, after some proper theming.

When we take Window Managers into the equation I’m always drooling at the stuff over at unixporn, but one always has to wonder how usable their setups are in the real world

I’m a fan of XFCE (with some theming, of course) - but I use the alternative Compiz (0.8 branch) for when I want effects - that’s where most of them came from, after all!

Actually Compiz provides some premium workflow capabilities too - and I don’t mean only the spinning cube either!

Simple answer to a somewhat stupid question everybody will answer the one they are using.

I mean nobody will say win10 even though it has a billion + users.

Not many will say Gnome 3 as its not hip to say Gnome.

So they follow the KDE heard as they are the ones that shout the loudest and the other sheep go for XFCE but they shout softly so nobody hears them.

Openbox, i3, Awesome, JWM, and the multitude of other WM users, Know what the best WM is so no need to shout from the rooftops as the are the happy Linux users, they have found their nirvana. lol

EVerYonE whO diSagREes WitH mE iS sHEeP. WinDOwS 1o Is The BeST lOoKinG deSkToP.

This is why we can’t have nice discussions about Desktop Environments.

Openbox is excellent. It is a DE with a stacking WM but you can set keybindings to place windows where you like, so that it has a feel somewhat like a tiling WM. On my main linux computer, I have Openbox and BSPWM installed and I usually run BSPWM, but occasionally reverting to Openbox when something doesn’t seem quite right and I want to customize the appearance of a program easily.

I think you can do a lot with most DEs e.g. on Mate I can run gruvbox dark (rich brown theming) with green icons, add some nice green/brown/orange wallpaper, add compiz and it’s wobblies etc, add rainlendar widget with a media frame and set it to brown/green colour, orange numix icons plus change out panel icons for my own, resize some desktop icons/folders, add some colourful cursors, xpad themed as orange/green or brown, and it looks as tweaked as it did when I used KDE.

Add in editing lightdm and grub theming, too. 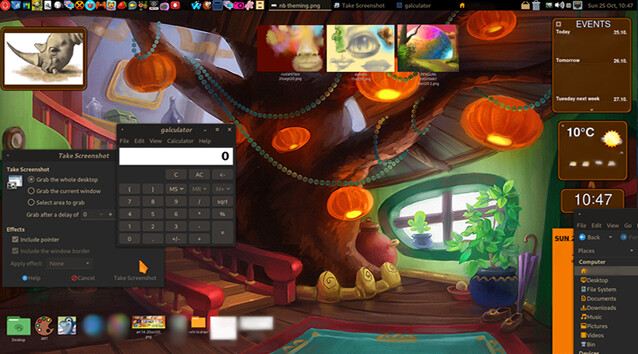 Tried all types of desktop, window manager, Xfce customized is the best, and loving Endeavouros by the way.

Nothing more need be said

But it can be fun to say it anyway -as long as doesn’t degenerate!

always do tho … so pointless

Some third party might hear about a DE he/she doesn’t know, though - and investigate… Presto! Another convert…

dream… you know it not happen like that … fanboy take over and it become a mess . like i say " NO best/good looking DE " Only DE that fits YOUR needs

Oh come on - we managed that discussion HERE without going overboard… it CAN be done (just rare).

lol, yes, lots of awesome stuff in there!