Windows 11 seems to be a big-time dumpster fire. I’m not going to use Windows on my personal computer. But at work, I have to. The new requirements going to obsolete all the computers we have this is going to be a pain. I’ve to tell our top guys not to upgrade.

So Microsoft could not get Windows 10 clean and patched monthly (where numerous projects in the public eye are being used to shut of telemetry and debloat Windows). So what the heck, maybe they will do it better in Windows 11? This seems to be on going blind loyalty or just distro hopping because people are twitchy. I’m glad we have EndeavourOS and PopOS (for people starting). Just seems people pay attention to what their getting in in Linux land.

I think it’s because people figured out Windows 10. As you said people started to use debloat scripts and disable lots of call home mechanisms without breaking the OS. And was starting to have an OS that was meant to be used without unwanted stuff that displays ads and all.

Now they’re trying to integrate more ad displaying mechanisms on to system making it more of an advert platform than an OS. We have TV and YouTube for that we don’t need the OS to do the same. I think they want to tap into what google has a continuous stream of big money through adverts.

But people have to pay to get an OS and then put up with adverts and personal data theft issues. What ever Microsoft does for security there will be people or groups who would find a way around those things.

I think the clean installation option might still be open to you by the sounds of things. 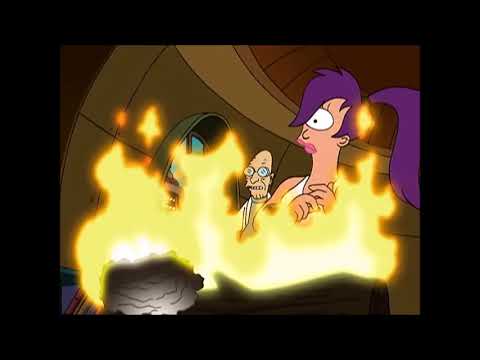 Water is wet and turkeys are fat. Windows 10 is maybe the last good windows “distro” that is also modern and latest. Windows 11, on the other hand, has shown that it’s just a reskinned windows 10 with a simple UI. Simple? I meant to say more complicated UI. If you are someone who needs windows 10 in their lives and can’t escape it, consider using Windows 10 AME. MUUUUUUUUUUCH better than vanilla windows 10 by a BIG margin (although it breaks microsoft office except the old version but there’s a web edition of this so you can use it)

I think this going to be something like people using Windows XP until Windows 7 bypassing everything else in the middle.

Then hagging on to 7 until 10 and after 10 I don’t know how long it will be. I think this move would force a lot of people to look at mac and Linux. Microsoft might lose some amount of users.

The secure boot can be fixed providing you upgrade by adding a registry key.

The ads tho? Fuck that.

I have to wonder tho… this whole thing… It feels like something the EU would put it’s foot down about (the fact that tons of functional computers would be scrapped). I would not be surprised if MS has to just put in a “strong recommendation” about secure boot within a few months.

Yep. It would be good if the EU step in. This is actually

we pay and buy an advert platform.

Most of TPM and other security reasons have been debunked and I think TPM has already been bypassed. Not just for the installation.

making it more of an advert platform than an OS.

That is exactly the plan, but already done better by

Well, Windows 10 is supported until October, 2025 so Windows users have plenty of time to figure it out.

To be fair, by 2025, the hardware that isn’t supported will have been mostly scrapped anyway.

As @dalto said, Windows 10 will be supported until 2025. Till 2025, unsupported hardware is going to be changed.
And Windows 11 requirements mostly applies to older (7th gen intel) and PCs without TMP. Which in most cases can be bought separately or already integrated in some way in CPU.
Will it bring any changes to market share, probably no. People would mostly use what is preinstalled, so Windows 10 now and from next year or 2, Windows 11. For people who can not upgrade to Windows 11, it’s not like Windows 10 will just explode on their PCs, it’s in supported state and by time support is gone, it was already time for a upgrade.
It’s done probably to boost hardware sales of OEMs. Creating artificially need for newer hardware with requirements.
It will be bypassed in one way or another. Windows 11 can be booted up without secure boot turned on, without need to modify anything.

Vanguard has started to take notice on that and forces users to have tpm 2.0 and secure boot turned on IF you switch to windows 11…which is kind of a shame if you play Valorant or any other game that uses this anticheat

OK if MS was concerned about security then how come no official restrictions in a VM? No bypass or workaround required. Just seamlessly lets you install it.

People could easily let their host OS be compromised anyway. So might as well let users worry about their own security.

Even if Windows 11 fresh install workaround still continues to work in final release, then power to do so and no obligation to keep this option open in future.

An update will probably lock you out of future updates to further compromise you. Yea it makes you less secure to motivate you to buy more secure machine

Imagine people pirating what is essentially a free OS upgrade to bypass = even more insecure ISOs floating around the internet.

Or future Windows 11 ISOs they will deep bake in way to prevent workarounds.

If it is a free OS upgrade. Let people install it freely, restrict them and they’ll seek insecure methods.

There is already madness on reddit of people using Windows 11 Preview as daily driver from ISOs pre-cracked from P2P sites!

I’m surely not paying for someone to advertise to me lol. That’s crazy.

Perfect! So I can finally help switching a couple of folks to linux (long overdue)

With Windows 10 debloater scripts like Sophia pretty much change the Windows Group Policy settings (like what an Enterprise can do when creating a custom build for a business. Technically my wish is to give Home users a GUI to set these settings. Funny thing that because of the poor Windows 10 testing that most of the time changing the default Group policies or Windows drivers to the approved manufacturers could cause a Feature update to break. This was a constant issue with Windows 10 and my T430s which had a security chip and other Enterprise hardware. The result is I would have to just re-install everything from scratch every time I wanted a feature update.