Etcher not working for latest release

Moderation Note: Moved from The September release and ARM has arrived

I have a problem burning an iso with balenaEtcher 1.5.108. 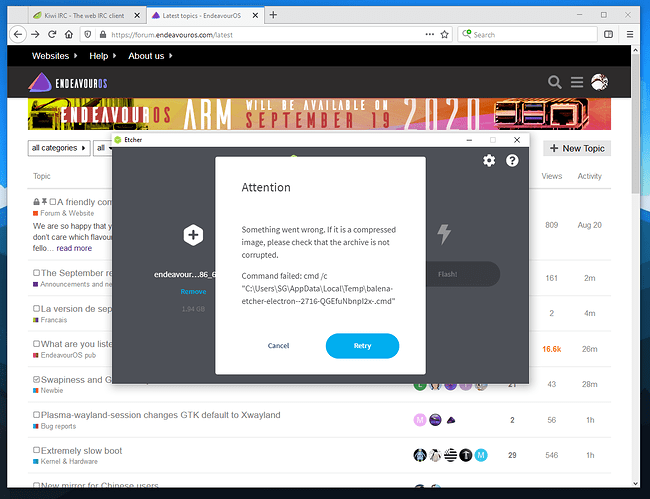 Tested 2 times. I will try with another program. Maybe a Linux computer too.

Please check this out here:

[ARM] How to install EndeavourOS Arm Part one Installation

Installing EndeavourOS Arm on a SBC (Single Board Computer) is a two step process. First I think we need to discuss the EnOS philosophy towards Arm. I think this will clear up a lot of confusion. Our process does not have a ISO image with a complete OS and Desktop Environment that you just use etcher to transfer it to a uSD and voila you have a working system. We don’t do that because we would need to have ISOs for every SBC and Desktop Environment combination we choose to support. An imag…

I have a problem burning an iso with balenaEtcher 1.5.108.

If you try to burn the regular release, then check the file you have downloaded. I have just burn EndeavourOS on a USB stick with Balena-Etcher without any issue.
If you mean the ARM release, then see @fbodymechanic reply above.

I mean the regular release. The one before I get to work with balenaEtcher. 2020-07-16. There’s just something wrong here. Tests around a bit with programs.

Can you explain a bit more about what the issue is?

If it helps, both things work fine in my testing.

I got error on rufus too 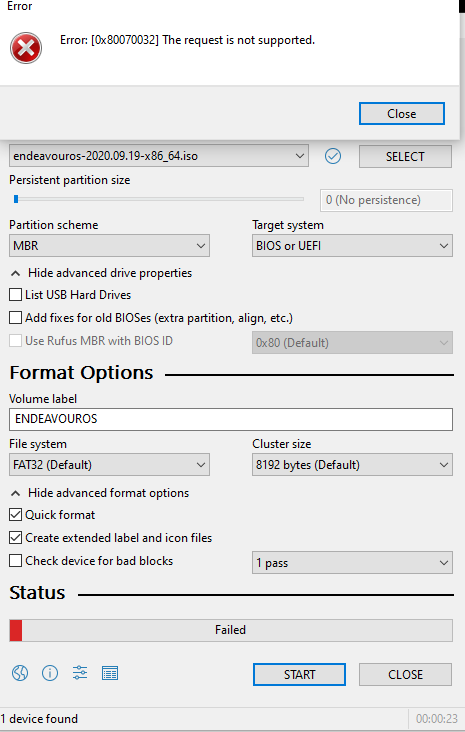 Tested with another USB memory. I actually do not know what goes wrong.

Gonna check it out a little better. I have burned many USB sticks in my days. Sometimes it goes wrong.

OK, so you are on Windows and trying to write the ISO to a USB drive to install it?

Have you tried downloading it again to make sure the download isn’t corrupt? Do the checksums match?

I’ll check the ISO file. May have to download it again! 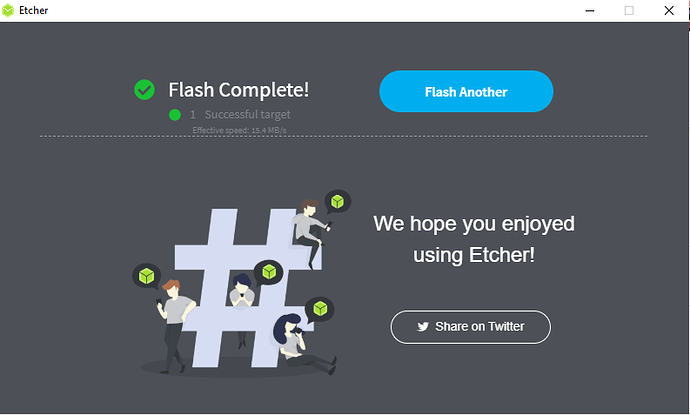 Thanks to everyone for the help!

rufus will only work in dd mode, if it creates filesystem and format disk it can not work, ISO is already an image working out of the box needs copy at once to the device…
and etcher is working here without issue: 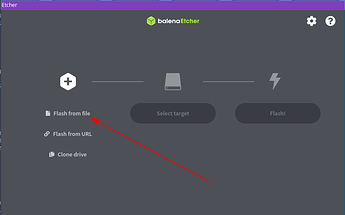 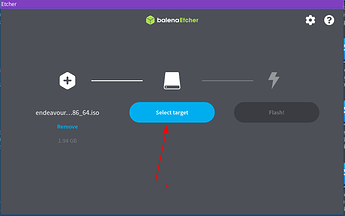 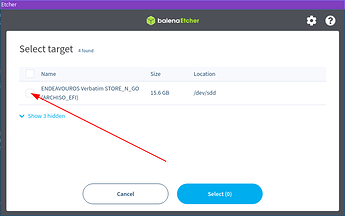 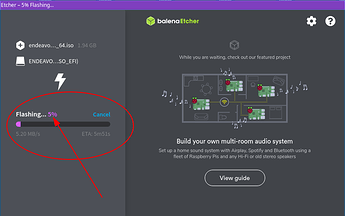 I probably burned in ISO mode with Rufus if I remember correctly. Thanks, now I know!

Live for now. Tests if everything works!

The best way to test if everything is working is to install into a VM. But have fun experimenting!

I’ll just leave a link to my epic rant about Etcher here:

dd does exactly the same thing, plus much more. The size of dd is 75 KiB, and that’s dd from the GNU Utils, i.e. one of the most bloated versions of dd i…

Warning! we do not recommend using etcher anymore as there are privacy concerns, etcher is Anonymously reporting errors and usage information. It is not clear if this is done also if you do not validate that you agree with it.

What NOT To Do Some USB Writing utilities alter the labels of the partitions included in the ISO image. This causes the boot to fail. There are workarounds to fix the failure but tha…

but who cares on our wiki?

Music to my ears

Well i know some people don’t like Etcher but i use it even though it’s not recommended because for me it works. I never have any issues with it. I just want you all to know my feelings are hurt!

Now everyone knows. I’m so dissappointed.

Warning! we do not recommend using etcher anymore as there are privacy concerns, etcher is Anonymously reporting errors and usage information. It is not clear if this is done also if you do not validate that you agree with it.

but who cares on our wiki?

I know I stopped using etcher a while ago. I’ve since migrated to popsicle and it works simple and without issue so far.

Has anyone tested Ventoy?

Ventoy is an open source tool to create bootable USB drive for ISO files. With ventoy, you don't need to format the disk again and again, you just need to copy the iso file to the USB drive and boot it.

Starting to get tired of burning ISO files. Better to have everyone on a USB stick.

I have a fast and large USB memory that would fit well with that. A little luxurious perhaps. 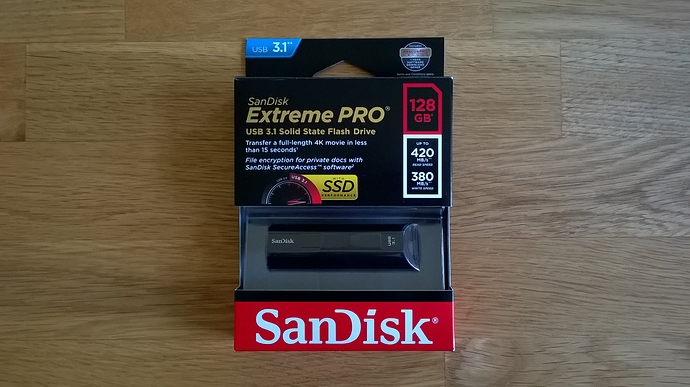