Do you guys want a how to guide?

Do you guys want a guide to know how to tweak xfce theming?

I have been using XFCE for a long time now, and decided to try something new, maybe next week when I have some free time, I’ll try gnome or kde, not sure which yet, so I won’t be voting…

I think I know how to do that. However, a how to make xfce not look like a 90s DE would be great, I never found time to make it look pretty out of vanilla xfce. The prettiest out of the box is the eos themed xfce.

Hmmm - does that mean that my setup looks like the 90s? I hadn’t thought of it that way (and I find xfce pretty configurable!). Here’s an example of what I currently run (or close) - can you point out what makes it 90s? (I can always learn something!)

Nothing much new here - but things keep evolving. This is an Arch build with a new logo presentation - and Filesystem type and package counts added to the main conky… [arch-new-conky]

can you point out what makes it 90s 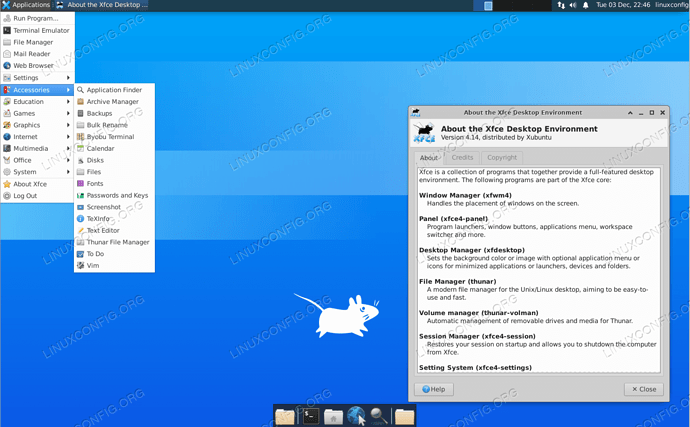 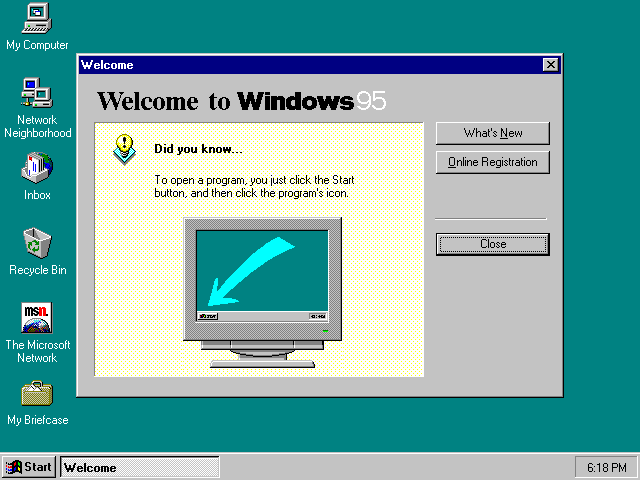 I never managed to tweak it like you guys, out of the box xfce doesn’t look compelling to me. Tweaked and riced it can look amazing.

does that mean that my setup looks like the 90s?

misunderstood, just my opinion of the look of vanilla xfce, your setup doesnt look vanilla but pistacio

XFCE is for rising or any other DE. Just need to have time. I was an old GNOME guy. Neve got into KDE it’s a very nice DE but it just reminds me of Windows.

Never got into anything else after I used it in MX Linux and played with it a lot. Then I moved to vanilla Arch before EndeavourOS and I found the true XFCE there. Vanilla XFCE just says turn me into what you want Sir.

Well, a lot of the votes are toward no so I might not. If the community doesn’t want one then not gonna waste time.

If you rephrase to “how to tweak xfce theming” I would vote yes.

Why Xfce , what about KDE ?

This is just one way to do this. There are others. Like all things linux people have their own preferences on how to do things. I have done it this way as well as others for years now and have never broken a system. This is just how I do it. @Clu had asked me how I installed this Share Your Desktop - #4694 by Elloquin theme. Instead of a pm I figured I would just write it up here in case anyone else finds it interesting. We start with Endeavour OS basic Plasma install: [eos base] Open Syste…

Why Xfce , what about KDE ?

KDE is out, xfce is en vogue currently

KDE is great and completing the Endeavour to rise is kind of not enjoyable (for me at least). And I like XFCE more than I like KDE. Also, I think there are many guides for KDE rising or themeing.

From when? I thought that KDE is in atm ?

@OP: Sure, if you have the time and want to do it. I’m sure it will be helpful for some folks out there

the look of vanilla xfce

I would submit that it doesn’t HAVE a look - just a painfully bright wallpaper! I would guess that they decided long ago that no effort would go into OTOB appearance, just into making it easy to change. First thing to add is the whisker menu…

Sorry guys, but after years I’m done with Xfce. For me, no matter how customizable, it’s just hopelessly outdated and I can’t understand why EOS has it as default. I’d rather make friends with GNOME if there was nothing else left in the world. (IMHO)

From when? I thought that KDE is in atm

KDE is like owning a Ferrari. It’s always been “in.”

XFCE might be more like the Mini Cooper. It’s always been kind of cool. Sometimes it’s really popular, sometimes not, even though it’s never really changed. (except that it’s now owned and built by Germans instead of the Brits and they are huge, contrary to the name)

Sorry guys, but after years I’m done with Xfce. For me, no matter how customizable, it’s just hopelessly outdated and I can’t understand why EOS has it as default. I’d rather make friends with GNOME if there was nothing else left in the world. (IMHO)

@Balder I believe the reason is that xfce was chosen specifically because it doesn’t change. It’s easier to maintain the .iso for each update. Endeavour is rarely installed with EOS theming realistically. Most folks use it to install vanilla and tweak for themselves.