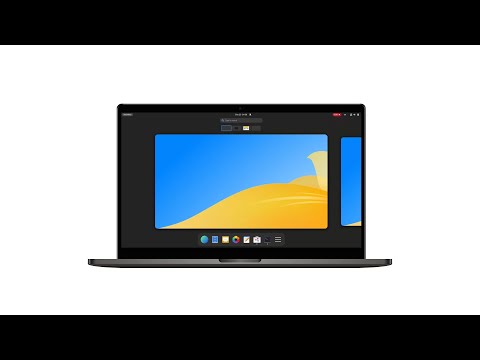 Vanilla OS is an Immutable Linux-based distribution which aims to provide a vanilla GNOME experience.

For some reason I’m drawn to the immutable OS’s and I’ll need to give this a try on VM.

Me too. I hope I will find some time this weekend to have a “taste” ride with Vanilla OS

I literally thought this was a joke… I am positively surprised that it’s not. Like it’s actually a great idea and I’ve added it to my bookmarks to try it out in a VM soon. I might actually triple-boot.

To be honest though, the only reason I am considering this is because of the two recent bugs with grub and grub-btrfs. I don’t mind searching online to find the solution to a problem, but I’d also like not having to.

50 GB partition to install on a vm?

I don’t and will probably never get the point of A/B system when BTRFS snapshots and ostree for snapshotting for other filesystems exist.
The high space requirement may be caused by 2 root partitions, which I assume are 15-25 GiB each.

Two root partitions? So does that mean it’s Btrfs and they have a root partition and a subvolume root or something? Don’t know anything about it. I have a hard enough time understanding Btrfs to begin with.

If I understood it correctly there are 2 totally unrelated root partitions with whatever filesystem. On update, one of the partitions is overwritten and you boot to the new partition. Also there is a seperate /home partition.

So what does that mean? It switches back and forth every time it updates to the other root partition?

It switches back and forth every time it updates to the other root partition?

That’s not my reading of it though. There is no switching between two root partitions. There are transactions between them:

This is however new to me so I need to read up on it more. So I might have got it wrong.

Atomicity … this is related to database programming.

Just forget all about this, it’s buntu based, so…

Yeah, I think I’ll stick with NixOS over this. But I still might try it on a VM.

Just forget all about this, it’s buntu based, so…

So…?
What does that even mean? That they might not be doing something innovative and interesting beacuse based on Ubuntu. So in this case, the cat kills the curiosity

I tried to install it in a VM, but it was so slow I actually thought it froze… 5 minutes later the settings menu finally opens.

The ISO is not optimized?

Guess I can’t try without fully installing it. Guess I won’t try it at all then.

And I literally just installed both Archcraft and MX Linux as VMs with no issue, so I know it’s not my wittle waptop.

Installed in vm took one look and deleted it.

Something in particular why you didn’t take a second look?

Ah, let me guess, it is GNOME

I get frustrated with distros that don’t install in vm and set the screen properly. That goes for a lot of them. PopOS even does it? It seems like a lot of them. Is it because of Gnome? Don’t like using stuff in a box. Most others just work.

Edit: It’s not a Gnome thing. It’s just something i dislike dealing with. Why doesn’t it work out of the box on vm. If i install it and it doesn’t size properly it goes in the trash can.