[SSD] A discussion of SSDs and HDDs

Now maybe a moderator can make an SSD/HDD thread?
We have gone a little off topic

You’ll notice the difference if they have the proper m.2 access…

I only buy Samsung drives. Their quality and speed can’t be matched. My HTPC uses an 820 that is almost 10 years old now, and it works just as good as the day I bought it. I run a 970 NVME in my laptop and am very familiar with how fast they are. My desktop now screams. With the 860 EVO SATA it would boot to desktop in 25 seconds. With the 970 NVME, 10 seconds. The wife accused me of buying her a new laptop with the difference in speed.

Is that fast for a EVO ? I ask because my Kingston 500gb boots gnome in under 7secs to the desktop on a old Haskell and i5 series 4.

There is probably a lot more that makes quick starts. But Samsung makes very good SSDs. I usually buy them too.

Yes but Kingstone is not noted at speed by the tests on the net, All i know mine both of them are very slightly slower than the EVO and comparable with the other top runners even faster than some, And lets be honest Manufactures have a habit of making a top flight product at a premium price then over a few years make savings by price cutting due to greed and end up no better than the cheaper competition.
Seagate springs to mind once the premium hds weston digital the cheap alternative. the last Seagate I purchase lasted 15 months. i have 3, 2tb WDs the newest purchase was in 2008 they run 18hrs a day not 1 bad sector. The kingstons are 3 and 4 years old run fine. Do not get confused with older SSds when they were new technology. The EVO was ahead but now i believe the others have caught up in the last 5 years.

I have had a lot of problems with WD SSDs. I bought 4 WD SSD Green. All broke within a year. However, I ran server operation on them. Not made for it. So have to blame myself. But thought they would hold better. 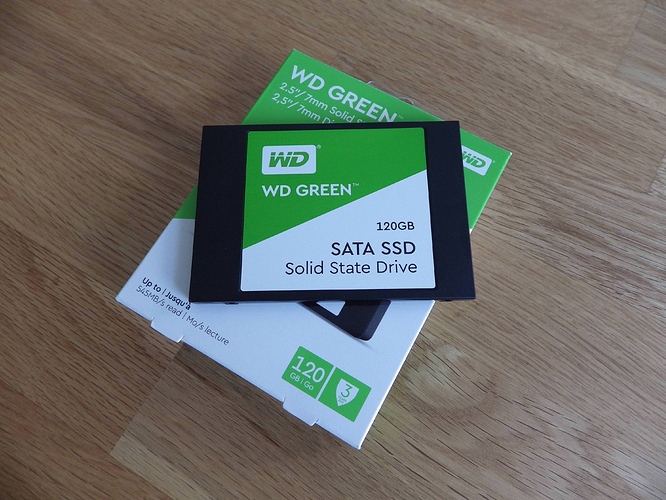 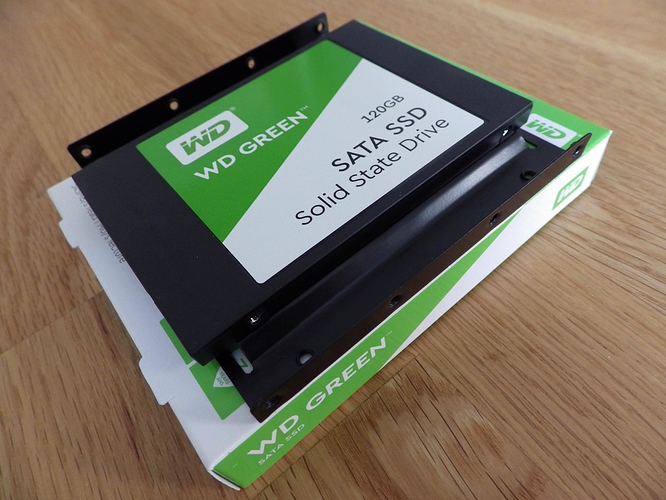 That is my 3rd SSD not impressed with the performance on that one I thought it may be a fake as it was bought in Peru as most electronics are fake mine is 500gb works OK but not impressive. I think they will improve over time as the are relatively new with SSDs.

As far as I know, the only to go faster is to trade up to a gen 4 nvme drive. Of course the speed varies a bit with the size - often the 1Tb is the sweet spot (in price too!). I guess you’d have to try one to be sure

That’s a fast boot - when do you start your timer? I tend to go from the ENTER on the choice of distro. My quicker distros go about 4-5 sec even on a REAL fast drive - but so much depends on startup jobs (wait-online and so on)…

I think the RED ones are the ones for that use - if they make SSDs with the NAS ‘use set’. And even then, apparently they got caught recently with selling Red designated drives with inferior components… (sigh). At least it appears my NAS-rated spinner predated the problem ones…

They all seem to go in sine waves of quality - for a while Maxtor was best, then Seagates, then WD (I’ve left out a few!). At one point Seagates were doing ridiculous things, like my 2Tb externals - still going strong without errors after 12+ years @ 24hrs…

@mandog One of the things that slows down my boot time, counted from when I hit the power button, is that there is a 4 second delay by the bios before the machine starts to boot. This is a delay allows for the bios to check to make sure that my overclocking settings are applied properly. If there is an issue, it gives me the chance to fix it before going into the OS. Some people, and I am one of them, who over clock their CPU and RAM believe that this is a good idea. It helps prevent damage to the components if there is an issue with one’s settings.

Yes Kingston and others have caught up to Samsung as far as speed, and in some cases reliability. Whenever I have used a drive other than a Samsung in my own systems or systems I have built for others, I have run into problems. My Home Server is using an 5 year old Samsung 850 for the OS and has been rock solid. So I tend to stick with Samsung.

@freebird54 I count the boot time from when I hit the power button on my machine. You are right when you say quality seems to go in a sine wave. I have 2 - 3TB Western Digital Greens in an external Enclosure that are still going strong after following me around the world for the last 8 years. On the flip side, I just had to replace a 3 year old 4TB Seagate drive in my Home Server that just randomly decided to die. So flip a coin.

I always go with Samsung’s as well, though I will recommend Crucial to customers looking to save some money, and will also use them in refurba for sale.

My oldest Samsung is 7-8 years old. An 840 Pro which for the last 5 years has been the OS drive for my router/firewall.

@mandog I think the biggest issue with boot time conversations is that there are too many variables. Firmware can contribute drastically to times and varies greatly between manifacturers. Also as mentioned grub delays, and luks encryption choices. With an Nvme drive you will always see pretty drastic to.e improvements when comparing apples to apples. They especially shine during prolonged file operations.

Of course you are correct in some things, But when talking SSDs they all use cheap rubbish components. Their is enough on the net to support that the EVOs do suffer from poor electronics and no more reliable than the middle ground SSDs. That differs from the 1st generation SSDs when the EVOs used premium components to make up for unreliability that is where the EVO got its good name with its high prices, but now they are much the same price as the middle ground build quality has gone down in the process. and others have improved their products. Any modern middle ground SSD should last 10-20 years if looked after and maintained correctly. But left to users that hard shutdown they suffer worse than HDs.

I was foolish enough to buy two WD Hard Disks (external) a few years back. Both of them gave very poor performance.

Samsung SSD are quite reliable imo. 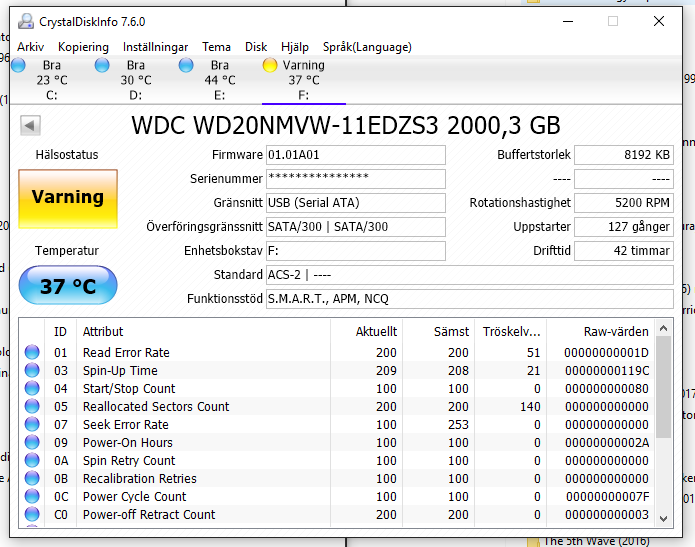 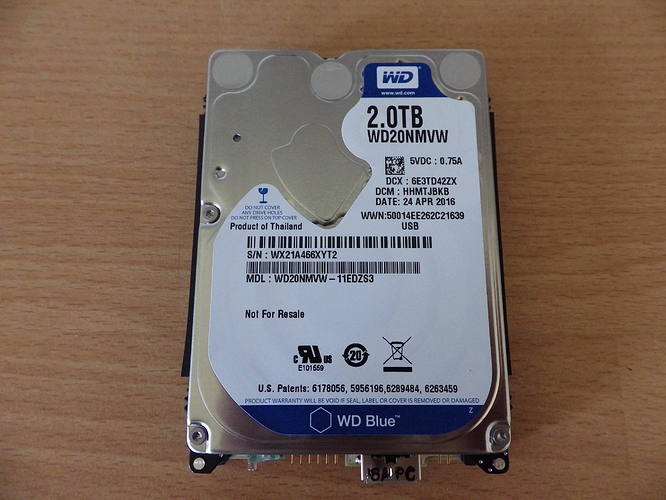 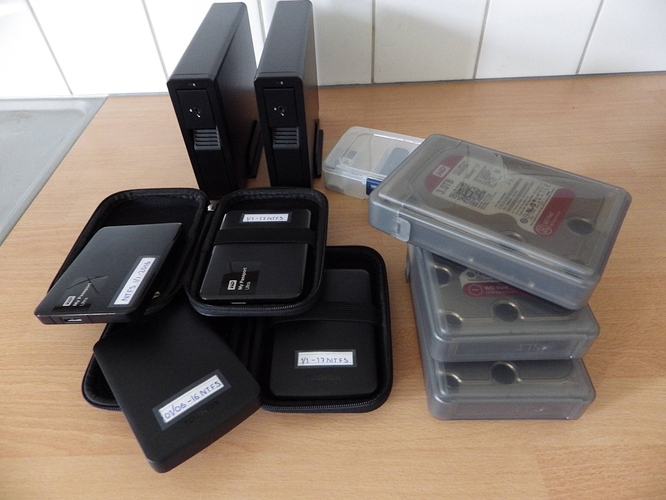 Externals can be erratic i have seen many that fail and when stripped down and the hd removed the said hd has performed perfectly for years,
I’m lucky in the fact I can have up to 6 internals so i do just that storage is a big problem here big photography collection, music collection no mp3, and film collection I do not go over 2tb over that its just to much compression on spinners and 500gb seems a nice balance for SSDs that may change in the future mind you

Now maybe a moderator can make an SSD/HDD thread?

We have gone a little off topic

If they are all yours you are either very unlucky or bad choice of equipment.
All my Hds are over 10 years old and run perfect the 3 SSDs are much newer.
I spent 8 years with the Hds in Peru with frequent power cuts daily my defense was a proper backup power supply. Even in the UK the power swings and spikes make it worth every penny to invest in a expensive power supply backup solution