Never heard of this distro until I found it on distrowatch. It looks and performs pretty great. It’s like Manjaro but…without the “stability” branch things. What do you guys think about this distro? Gobble gobble

How about EndeavourOS? I have heard really good things about it. Some…some even say it is the best.

I agree, but I like to discover new distros!

I actually tried that one last week a bit.

From my perspective, there is nothing wrong with it, but also nothing exciting about it. 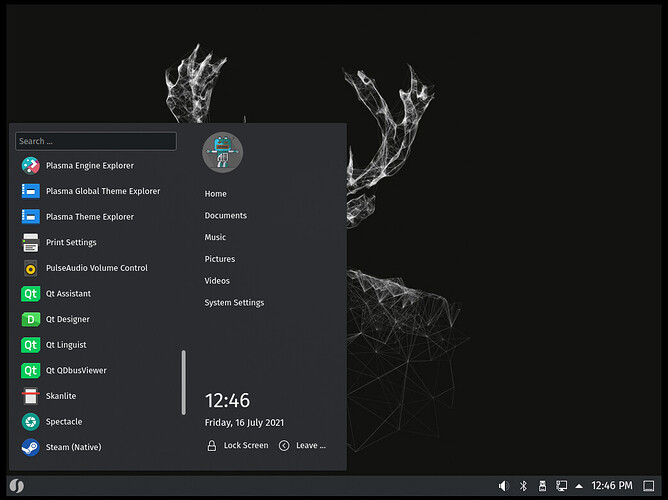 From my perspective, it looks like a one-man specialized Arch-spin. I just don’t see anything to differentiate it from all the other Arch-spins out there.

Yeah it’s nothing special about it, but I like it. But still, EndeavourOS will remain the best Arch Distro. This looks like a good alternative to Manjaro or Garuda. Also gobble gobble

That is really cool and what i want for myself, wonder how technically it’s done by them

wonder how technically it’s done by them

That functionality is built into Calamares. EOS uses it too.

Offline we haven’t, no?

@joekamprad have offered some ways to do that before, a bit hacky ones or own module…I haven’t got to do it yet

This looks like a good alternative to Manjaro or Garuda.

For me, it is nothing like Manjaro or Garuda. Those distros offer much more.

Offline we haven’t, no?

To be honest, I am not sure I have ever done an offline install of EOS.

But it would be easy enough to do, just put a copy of those packages on the ISO.

It has a handful a gaming and other packages preinstalled

Maybe to make people who move to Linux for gaming purposes have a better OOTB experience?

It’s really not that hard to enable multilib and type “sudo pacman -S steam”. Or pamac install steam or whatever it is with Manjaro.

Do people come to Linux for gaming? It’s still much easier to do with MS. I feel like a Linux-system by default should pack what’s neccessary and maybe convinient to work. Gaming apps by default feels unneccessary to me. If you want to build a gaming machine make CoreCTRL possible to be preinstalled with the options to make UV work available.

Hmm, I actually like that idea. ^^ If system detects better AMD-GPU that it known to work well with undervolting (just make a list) give option to preinstall Corectrl with system enabled to make UV work.

Do people come to Linux for gaming? It’s still much easier to do with MS. 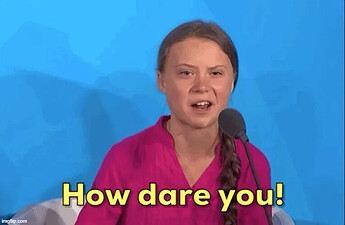 Not really. Just another OS. Certain games just work a lot better in Windows, for which they were built. Having them running in Linux for ideological reasons with bad performance, not mine. But to each his own.

Having them running in Linux for ideological reasons with bad performance, not mine.

It’s not true anymore (at least for some games they’re actually running faster on same machine, like you know some totally lame and indy games nobody would ever want…GTA V for example)

Try it sometime, you may be surprised

That’s why I wrote “Certain games”. I’m happy to play most games in my Arch, but some games just won’t work well (or at all). So either I don’t play them, or use Windows instead. Rebooting takes a few seconds, starting game, playing a little, rebooting again, that’s it. Dual-booting works for me.

To come for Linux specifically for games seems weird to me. I go to Windows specifically for gaming. Linux I use for everything. So a fresh installation shouldn’t have - in my opinion - games installed. Maybe I’m installing on my Laptop, there it’d be just bloatware. Bloatware on Linux, nice.

gnome-extra also has games with it, bad ones, too. Why? That’s so dumb.

To be fair, SalientOS describes itself as a distro for gamers so having steam installed doesn’t seem unreasonable.

Alright, a “Linux distro for gamers” should have this stuff preinstalled, yes.