Hello everyone right now I am using Pop OS its my first OS I just peeked on Manjaro but I think I didnt like it(used 5min then switched back to POP), I dont have so much information about Linux but I can do my daily things, right now I am using my PC for learning Full-stack programming, Pop OS is good for me I kinda feel its sometimes a bit slower than it should be but its OK, I have good PC with i7 processor and 16Gb RAM my question is there is many desktop environment I have no idea about them I think Pop using Gnome but I am open to using new things I just love Tiling windows thing on Pop, if I can do that on Endeavour OS too everything can be good. What do you guys suggest me what should I install as desktop environment ? (My English is not perfect,sorry for not being formal as it should be)

This is unpossible to answer.

Because everybody have a another opinion. another requirements. another feelings and so on.

For me personally(!) i can work with all of them. I like KDE. i like Gnome. i like cinnamon, and many more for they ideas and possibilities.

So, set up a VM. And test them all. And choose your starter pokemon wisely! (pokemon? crap im in a wrong game

I have several suggestions/comments:

When it comes to Desktop Environments, I think one can’t go wrong with KDE Plasma, even though that is, of course, my personal preference, and I would be dishonest if I said that there does not exist a non-negligible number of rather odd individuals who genuinely dislike Plasma.

However, one thing which is not just my subjective opinion, but an objective, undeniable fact of reality, is that Plasma is the most customisable DE in existence, and it is possible to make it look and function very similarly to many other DEs.

Ultimately, one can easily try different DEs to make up one’s mind…

Of course if you really really enjoy tiling then you should look at the tiling windows manager like i3 and sway.
Nothing will be faster.

don’t forget the community version with bspwm, imo the best to start with

As @dalto said we can’t recommend what would fit you. Everyone has their own workflow and their own preferences. The best way is to install the edition of enos or others in a virtual machine and try them for some time as your daily driver.

If you find one that you like and fits your daily workflow then install it on your computer. I would like to advise think a little bit more before jumping into enos. As you said POP_OS is your first Linus distro and you’re pretty new to Linux. So, it’s best to spend some time in a distro like Pop to get familiar with the Linux environment and the terminal.

Why I’m saying this is not to scare you but to inform you that Arch is a rolling release so it always gets the newest updates (bleeding edge or near to bleeding edge) which sometimes have a tendency of breaking stuff (not always but sometimes). So, if you’re not familiar with the terminal and at least with Linux basics you would get frustrated and leave.

Pop is using Debian/Ubuntu which is a very solid and stable base (lesser things break). I think it would be the best place to play around. Once you’re confident enough then make the switch to an Arch-based distro or vanilla Arch itself.

But it’s all up to if you really want to dive in then go for it we’re here to help up if you need it.

probably telling you what they prefer, but it is entirely a personal preference 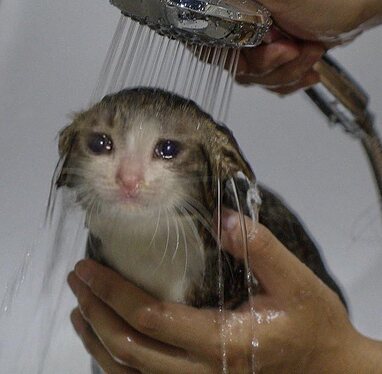 Thanks for answers I think I am ready to jump on Endeavour OS looks like many people love KDE plasma I think it looks good really. what are those community edition things though ? Should I start with one of them ?

Well, you are right actually the only reason I switched from Windows to Linux was stop playing games and other distractions, so I can work on towards learning web development and The Odin Project suggested me to install Linux for its terminal commands(I think), and right now well POP is good for me actually I am not doing much on it just browser and Vs Code but I like learning trying new things and End OS looks really shiny knight to me

so why not try and love it and keep it and I heard that arch have terminal install thing just few commands and you install everything you want I forget it name, I installed one mouse app(Solaar) to Linux from scratch because ubuntu one was older version and it was hard(not really hard but download from git and compile and somethings more) I think I dont have to do that on arch Linux based systems ? Another answer for installing just pure Arch is I dont want to spend hour to install something I like things done automatically cause when I feel something is not right I format my system very often.

Welcome to the forum @yakrel

I think I dont have to do that on arch Linux based systems ?

You can find a lot in AUR (Arch User Repository), so you only need an AUR helper like yay or paru (yay is installed by default with enos).

It doesn’t take that long to install Arch when you know what you’re doing. But it takes time to configure the system the way we want because everything would be vanilla.

Well, installation of the system is easy due to Calamares but other stuff like fixing broken things would be manual. Even that would be easy when a user provides the community with good information.

Keep this in your back pocket just in case

Can someone explain me these community packs please is there any info page about them ?

What is the difference between community editions and online Installation 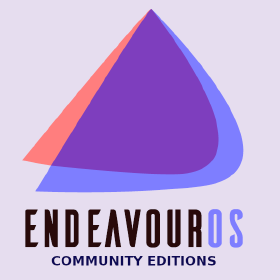 welcome here from me also

I have heard lot of talk about bismuth https://github.com/Bismuth-Forge/bismuth

Ok its been some time and I tryed few distros including arco linux and I need your suggestions again friend’s first I didn’t like KDE it works like graphics driver is not installed I think you will understand what I meant second I like xfce especially on End OS but I still can’t feel comfortable outside of Pop Os , what I love on Pop OS is for example I can open terminal by “windows + T” key and I press windows key and write for example “Vs(or code) + enter “ and I open vs code and other apps very fast like this, is it possible to do same thing on xfce someway ? I tryed one of the comminity editions of End os with windows tile manager default on it and lol I hardly opened any app on it I was not even able to open folders buttons and windows keys didn’t worked well.

Just decide what you want and install EndeavourOS.

Can you check my last post please, is shortcuts can be arranged ? Is it possible ?