I3wm for EOS net-install - lets do it together!

Well, as @DevNul mentnioned here and @Bryanpwo mentioned here we should start a new topic on making i3wm for EOS.
That’s my favorite WM so far, and I would like to get involved in creating configs, but I wan’t to mention that I’m not the best in ricing i3 - I’m used to very raw form of this WM. So much to learn for me.

So I think in the beginning we should discuss the overview of how it should look like. In my opinion, we should stick close to what has been accomplished with XFCE - very simple, understandable for newbie, yet beautiful and modern enough that will not scare newcomers.

Anything else which I forgot to mention from basic set?

edit:
Go with a couple lightweight terminal programs and let 'em install the rest on their own. Basically I think a new user need a browser and file manager and the rest is to each his own.

Some nice color scheme ideas can be found with Archlabs/Bunsenlabs. They both have some dark themes with grey or muted colors for accents. Very soothing for my aging eyes

I think that having a few options written into the configs would be helpful for those new to i3. Appearance and compositing choices that can be commented in or out as the user chooses. One of the hardest things in learning a new WM is seeing that stock is not all there is and how to implement changes.

An example would be whether or not to have title bars on windows or a choice of i3bar/polybar/tint2. (Polybar with jgmenu is my choice.)

Beyond that, I have changed the keybinds to be more logical to me so my configuration ideas may detract from an “original” i3 experience. I do love this idea, though. There are a lot of Openbox distros in the world to learn from, but not so much for tiling WMs.

If I understood it right there should be no aur pkg’s so then no polybar. My vote would be poly too as I used it in i3 - herbstluftwm and now in bspwm and I’ve seen it used in openbox

Yeah, I realized that after I hit the reply button. Tint2 is an ok option as well but in my opinion it takes a lot of configuring to be usable.

Hey @patryk, great topic. Thanks for creating that. Great suggestions so far.
I hope I can contribute in some way. That said I have a lot to learn regarding dotfiles and how they interact with each other.
i3-gaps is in the repositories and gives that little extra touch so I personally would prefer that over stock i3, but that’s just my opinion.
Speaking of colors… would pywal be an option? It changes the colors on the fly but that’s maybe to comlplicated for an easy setup? A color scheme based on the EOS-logo would be pretty awesome.

As @Bryanpwo mentioned maybe one or two AUR-packages would be possible? Or as an alternative to Polybar maybe i3blocks?
Just to mention it, there is compton for some eyecandy but it would be a little to much for this setup.
What I like about i3 is the efficient use of screenspace so I would prefer no titlebars.
Some good readable fonts for the terminal are quite important as for the graphical parts. Lxappearance to change the theme maybe?

Personal opinion offcourse i would choose for a basic i3wm. basicly most from repo.

eyecandy is nice, but personal is just how to configure in function introductions that people can help go intoo i3wm, with a good base that works. i think for now to start from a base for the net-installer. From there evolve to a higher level since net-install relative is young.

Here is a thread with a few tips & tricks. Nothing fancy, but may be useful

Tips and Tricks for i3 i3wm

These are a few tips and tricks I have come up with for i3 Here is a cheat sheet for the different key combinations which comes in handy when learning i3 Here is the cheat sheet To set it as your background: copy the desired background image file to ~/Pictures Ensure feh is installed, if not # pacman -S feh Then vi ~/.config/i3/config and add the following two lines # Set background exec_always --no-startup-id feh - -bg-scale /home/$USER/Pictures/CheatSheet.png Then you have to reboo… 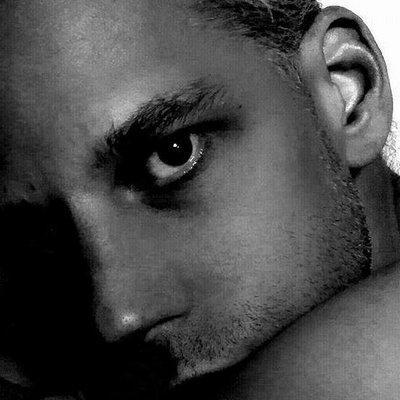 i3 EndeavourOS Thinkpad Fingerprint setup. Contribute to killajoe/i3-EndeavourOS-fingerprint development by creating an account on GitHub. 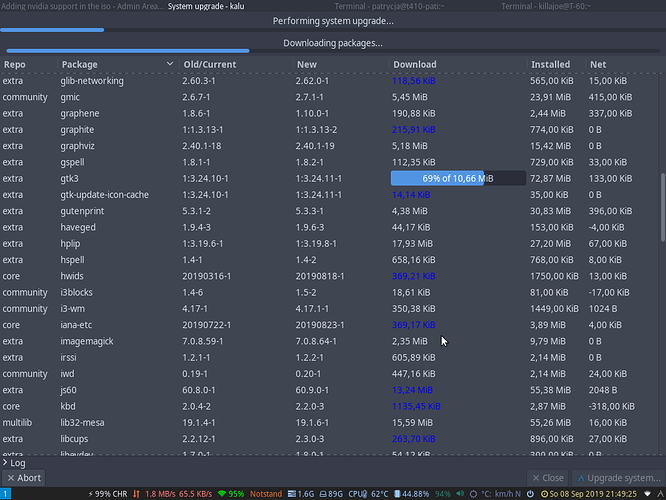 Yay, that’s cool. Got a TP E460 with fingerprint sensor (and a X220 but without sensor).
Gonna try that asap.

i3blocks do not ship scripts anymore… so i do some changes…

I found the following site:
https://thomashunter.name/i3-configurator/
And played a bit with the 3 colours from the EOS-Logo. (I hope the colorpicker got the right codes.)

I just copy’n’pasted it as it comes out of the editor and I know there’s room for optimisation. It’s just a first try to get some colorscheme.

basicly most from repo.

eyecandy is nice, but personal is just how to configure in function introductions that people can help go intoo i3wm, with a good base that works.

One thing community also needs to choose is which packages wants, like terminal, file manager and text editor.
I3-wm doesn’t come with any of them, so deciding on having the same than xfce4 or adopt a more minimalistic approach etc. It’s your choice!

One thing community also needs to choose is which packages wants, like terminal, file manager and text editor.

So true, but I think we have to find that sweetspot between usability out-of-the-box and people’s choice. Definately @ringo list of software is way too large, and should be shrunk to absolute minimum (I’m talking about the list in GitHub repo).
Best would be first-run script asking user for his software of choice and suggesting community choice for those who don’t have their favourite programs yet, and then after making choices install them so the system won’t be bloated by default.

I would prefer the minmal approach. =) Here are just some suggestions for a few apps/packages:

@joekamprad A wiki-page would be great.

I do agree with this list.
Only no Vivaldi as we ship Firefox and Vivaldi is not at the repo.

I prefer Firefox but there are a lot users who like a chromium-based option. At least it feels this way. Just wanted to give an alternative.

Pros & Cons for termite : Use jpg endeavouros logo with neofetch