How do you guys learn linux?

I felt like a complete noob about linux and just reading the arch installation guide already made me dizzy (which is pretty much why I installed endeavouros).

So how do you guys learn about linux? I felt like everyone here understand it except me.

it’s 2 months since I installed linux (pop-os) on actual hardware for the first time so I want to learn more about it.

The best way to learn Linux is to use it. Not as a side project, but for everyday use. When you hit problems, learn how to overcome them. The learning will come naturally that way.

Beyond that, here is some advice:

Two months isn’t long, when I first started I bought a big book, you can probably just watch videos today but nothing beats actually doing. So try things out, ask questions and enjoy the experience.

Slowly. Learn to maintain from the terminal. Clear your cache. Update. Clear your journal every couple weeks. Always install from terminal. Point and click will allow you to use Linux (some Linux, not all) but you’ll never really learn anything outside of the terminal.

Backup anything important. And learn.

Pick a simple program like neofetch for instance that you can’t really hurt anything. Learn how to get to the config file and change it to your liking.

I would recommend midnight commander file explorer- mc in the repos. Poke around there and you can see the file breakdown better. And you’ll be in terminal.

Just use it. Break and fix things. We all have. Some of us for decades now.

I don’t…It learns me

Meaning, if i met a problem - i beat my head to a wall, until it’s solved

Oooor…i ask on this forum

Learning is a lifelong process. We never stop learning unless we choose to do so. You have to dive in get exited. This comes with failure and success so don’t give up. Not everything is easy, not everything is understandable in the beginning or for a long time. But most of it becomes habit after a while and you wonder what took you so long. Just Endeavour and you’ll have a blast!

Then you land on Linux!

Which OS did you use before Linux? Windows? Are you good with Windows? How did you learn to use Windows? Did you read any books about Windows?

A couple of months ago, I got a Windows 10 laptop at work to use for business. Well, the last Windows I used regularly was XP (I used Windows 7 a bit, too, but not much). So, I’m having a ton of trouble with the business laptop, I can’t figure out how to use it effectively. I wonder, how did you learn to use Windows and not pull your hair out? Windows is so difficult to use! Linux is so much simpler

Well, not really. The truth is that neither Windows nor Linux are particularly difficult to use, but they are very different, so once you get used to one it’s difficult to adjust to the other. You have certain expectations and you’re used to doing things one way.

The difficult part when switching to Linux from Windows is unlearning Windows. This is why giving grandma a Linux computer to watch knitting videos on YouTube is not a problem, because she doesn’t know anything about computers. But when a Windows “power user” switches to Linux, he feels frustration because everything he knows about computers is suddenly useless to him, he is a newbie just like that hypothetical grandma. You just have to endure that frustration until you get better with Linux. It does not take a lot of time (it will take less time than it took you to get good at using Windows).

To make the process faster, I suggest stop using Windows entirely. Most importantly, do not dual boot with Windows, because every time you need to get something done, you’ll be tempted to do it on Windows. You’ll say to yourself: “I just need to edit this photo in Photoshop, it’s urgent, I have no time to mess around with GIMP now. I’ll do that later…” and the next thing you know, several months will pass without you booting up Linux. Learning can only happen outside the comfort zone, so just stick to Linux until you get comfortable with it (if that is what you want), and just accept the decrease in productivity and that doing even the simplest task will be frustrating for a few months. It will not be like that forever, and soon, Linux will feel completely natural to you.

Now, you can read books about Linux, there is no harm in that, but unless you live in Linux for at least a year, that is just theoretical knowledge that will not stick in your mind. 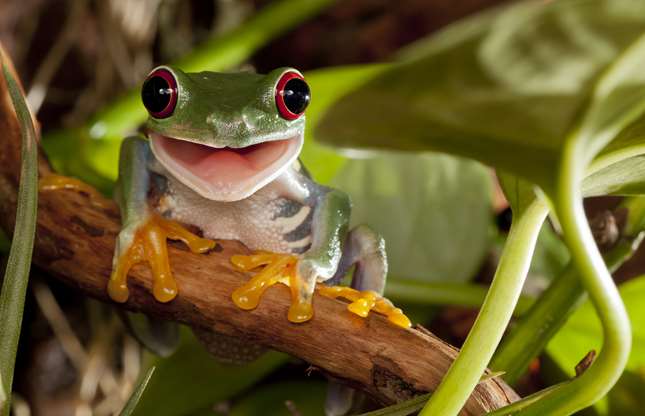 I still don’t know how to use it (after 7 years of exclusive use for my important computer where I do real work). What I guess I have learned is how to solve issues I encounter (e.g. like asking questions on forums like this). I have a windows 10 machine provided by my employer that I need for some apps (outlook via vpn, holiday requests and budgeting software) but I absolutely can do nothing important on it but most of my colleagues are quite efficient with it. I can’t stand the waiting for everything in windows, the clicky obligation to do anything and the forced updates and schedules. When using windows, I feel like I have had nine fingers cut off and an eye poked out. I guess if they came to linux they would completely lose it when an update breaks the system and they would feel fingerless and eyeless. As @Kresimir says, you get used to a way of working. It creates a barrier to change but you will get there and it will be hard to go back and you will wonder how you ever worked in Windows to do anything important…

So how do you guys learn about linux? I felt like everyone here understand it except me.

That is so adorably wrong statement.

My learning follows a simple pattern.

There are a few distributions that you can use pretty much like windows with only graphical interface without necessity to use terminal. But the more you got familiar with linux the more you will see it is easier and quicker to use terminal for some simple tasks.

Now there is a question - do you really need to know everything? For example I couldn’t be bothered to read all about Alsa/PulseAudio. There is just so many informations about its configuration and it just works for me so why waste my time on it. When it breaks then it is a good time to read about it.
I was so much happier when I didn’t know systemd existed.

I used and still use windows (I triple boot w/ linux), but I am actually quite inexperienced with it and I actually felt more comfortable using linux (and mac) right when I started using it than windows.

While I do still have windows in my partition, I actually barely used it at all after installing linux. I feel more comfortable and always use linux 99.9% of the time. I might delete my windows partitions someday but I still need it because of school (and I mostly do school stuff on linux now).

And that is pretty much part of the reason why I’m interested in linux and want to learn more about it. I just felt like I’m still at the surface of it and I want to explore deeper about it.

Now there is a question - do you really need to know everything? For example I couldn’t be bothered to read all about Alsa/PulseAudio. There is just so many informations about its configuration and it just works for me so why waste my time on it. When it breaks then it is a good time to read about it.
I was so much happier when I didn’t know systemd existed.

Well, not really. I’m pretty much the same as you I guess. I pretty much learn when I’m comfortable enough and if I have time to do so.

Although i am thirsty for Knowledge in the world of Linux i drink from a small spring. Linux is an ocean! It is best not to gulp or you will choke.

Best way IMHO is to install it then use it as stated before. Only don’t be afraid of breaking things. Searching for solutions to the problems is how I learned.

Doesn’t hurt to read up on bash or zsh too.

I read a lot! Linux magazines and articles about linux, that piqued my interest in wanting to try it. From there, I bought books, that helped me to tinker with the command line, and not be afraid to try, and or break things.

It comes down to just using it. having fun, exploring and finding what best works for you.

You do know what the word “unless” means?

Reading books is never harmful, but when it comes to books about Linux, if one does not apply what is learnt from the books, the retention of information tends to be rather low. In other words, reading cannot be substitute for practice.

Read the wiki when you run into a problem. Eventually you’ll start remembering some stuff.

I for one don’t give a flying duck about the terminal. I learn best with a good GUI and I avoid the command line as much as I can. Luckily most apps and settings have good interfaces.

is al about progression… 2006 to 2012 singleboot ubuntu hopped to mint 13 tried lmde… then manjaro for 3.5years after antergos now here…

Which OS did you use before Linux? Windows?

As usual right to the point. When I picked up a Ubuntu CD in 2007, I was busy participating in forums fixing Windows issues… It seemed I knew everything!!!

So many things need to be in your head (with constant research as to the effectiveness of your anti-malware suites and current malware trends).

Wow, so many techniques for removing things from the system - simply uninstalling, or deleting, are often not enough - with clever registry entries subverting your efforts.

You don’t realise how much you learned about Windows… but trying to use it now - despite so many similarities (I mean, they still have that stupid registry thing…) you find yourself stumped.

I think back to using a Commodore PET - being sat in a room and given 3 hours to write an assembly language program which can multiply two numbers (with lots of pushing and poking). Easier to do with BASIC…

I get the same ‘buzz’ when choosing to use QimgV as a default image viewer instead of Gwenview - being much lighter and faster (but to add functions you must hack it to your specific uses - like adding a ‘Ctrl+P’ shortcut to execute a script that will send the image to a printer, or Ctrl_E to send it to an editor). QimgV is for me a revelation - pressing C or M brings up a long list of my image locations for copying or moving images).

Now remember - I fixed MY ‘mpv.conf’ to work with MY hardware. Someone else fixed their HDDTEMP to work with their drives… and all these people together obviously seem to know everything… but mostly they learned ways of solving problems.

Picture 1000 frogs jumping on 1000 keyboards inputting to the forum, the result is a pretty good intelligent forum where nobody knows everything…