How do you choose your online linux names?

I just notice here and then, some users names his account to there issues & errors…

its offcourse nice with a nice online name offcourse

How did you chooise your name?

mine was generally always ringo32 , is just i started with archbase on my 32st

I chose my name and avatar - Tardy the Turtle, from the short-lived old Fox TV show Greg the Bunny - because he’s one of my favorite charcters ever, and also because, eh, well…the name kind of fits me.

Not because I’m late.

My nickname is quite easy to understand. Swe stands for Sweden, and S is in my first name and G in my last name. So becomes SweSG.

My first name followed by the first letter of my last name. Otherwise I would forget my handle.

I “borrowed” the online name I use here from an online forum I used to visit years ago. It stuck in my mind for some reason.

If I don’t use this name, I use one based on a cat who owned me at one time: Oscar WIldecat.

The avatar is from a rather cute anime.

It’s enigma and esoteric process, but you may find some silver key to open answer door here:

I’ve had my avatar for a long time. A friend made it for me a long time ago. It’s stuck with me. 10-15 years ago I was a staff member at a Swedish bittorrent tracker. Where I got it. 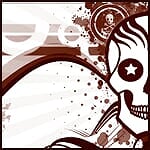 I like it, but would like to replace it with something newer. Maybe there’s someone here who can make one for me? It is so old and is only 150x150 pixels!

That’s my name. I have not chosen it, my parents gave it to me, without asking me what I thought about it. It’s an okay name, certainly the best one I have.

My name day falls on 29th June, on the Feast of Saints Peter and Paul.

Btw, š is pronounced sh, as in sheep.

Balder is a god of nordic mythology. He belongs to the dynasty of the Aesir gods.
I like the nordic mythology and I think that it deserves more attention. Especially in times when the Oriental seems to be in the foreground.

I had the idea for the avatar first and at first I had an improvised version (not one of those amazing ones made by @SGS), so I needed an appropriate username to match it.

It’s my first name, I had no say in what my parents decided to call me

I chose my name because one day I would like to purchase a sailboat, fix it, modernize the interior, and sail with my father who also wants to do the same thing.

As avatar goes… I probably should get to that ig

I was freebird for many years on CB (I was a trucker (owner-operator) for many years) - and I naturally used it when I hit the web more. Unfortunately - it was insufficiently unique(!) so numbers got appended to help!

Avatar is a work in progress - I can’t get the text to show well at that size (yet), although I have a BlueJay logo for the baseball season, and a Leaf version for the Hockey season, and a modified Tux wizard sometimes…

I’ve got the grey to be a Gandalf, and I have enough sticks of one kind and another - but a little short on knowledge and power!

joe is my name, not the one my parents gave me but humans i get in contact with named me joe a lot lot lot of times may cause by my real name is Johannes and that’s reminding them on something?
As a kid i was named killajoe, why that? by reason also

And yes Kamprad? that’s my family. I am not anonymous, or rather, not with my official personality.

Just the first letter of my first name and my last name. Avatar is the LEGO General Grievous.

Eight years ago I lost 50 lbs. in weight. Prior to that I had become quite rotund and because of that friends and co-workers started calling me Pudge. I found it was fairly unique on forums and not already taken, so I adopted it.

My avatar is a pic of Katie. Katie is one of two Jack Russell Terriers that own me and the wife. This is their house, they are just kind enough to let us share it with them. 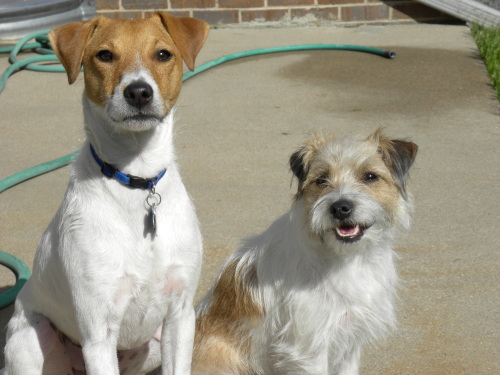 Katie on the right, Caleb on the left.

that own me and the wife.

I know what you mean. We are owned by Blacky the 15 years old cat…

Always find it so difficult to think of names, and don’t even ask about trying to write bios, lol … brain just goes blank. For this username, living in the NE of the UK, the name seemed to fit. Avatar is the ship wallpaper by moi.