Honestly considering throwing the towel in

Had everything running perfectly on Windows on SmartDVB, this has fought me every step of the way

Just want to get my satellite dish setup, nothing is straight forward maybe I am out of my depth

To be honest - I read a little of your last thread you made, although I don’t remember it exactly.

But if you’re trying to do something kind of on the niche side of things - for instance setting up a satellite dish to your computer. You’re always going to have trouble. These companies a lot of the time don’t even support Mac, nevermind Linux. And a lot of stuff, even if it does, ends up as a .deb or if you’re lucky - a snap.

I don’t really understand what you’re trying to do exactly. Why do you even need your satellite dish connected to your computer? Is it just for internet? It doesn’t just hook up to your television?

If a computer is completely mission critical - I’d get a ridiculously cheap Windows computer just to run that. Even just like a stickPC or something and then just keep using my computer as normal.

There’s definitely a learning curve to using Linux. Sometimes you just need to find alternative programs, or even things all together if you want to do something. If you just want things to be “easy” - Google, and Microsoft have you covered.

What are you actually trying to accomplish with this setup? Sometimes what we perceive as what needs to get done, isn’t really necessary at all.

While I almost never ever recommend snaps - for your case scenario - you may be suited better for it? I don’t know … 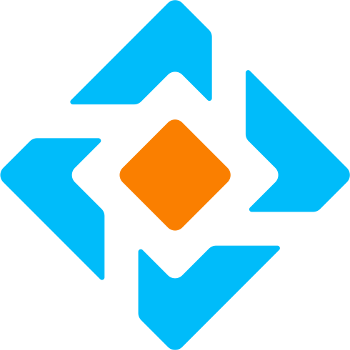 While I almost never ever recommend snaps

Sometimes what we perceive as what needs to get done, isn’t really necessary at all.

All of these docker applications are rubbish.

I’ve never heard of SmartDVB (but it sounds 𝖆𝖇𝖘𝖔𝖑𝖚𝖙𝖊𝖑𝖞 𝖕𝖗𝖔𝖕𝖗𝖎𝖊𝖙𝖆𝖗𝖞)… I also have no idea why in the current year anyone would want to have a satelite dish. Watching TV is so 1995.

Not everyone has a fascinating pond with all that life to watch - so they have substitute TV shows instead. Also pond coverage of the hockey season is pretty limited! (Something about it being frozen over). Still, I would like to know what the basic setup idea behind this is…

Oh, you misunderstood me. I watch a TV show or two from time to time, why not? I just don’t watch them on TV.

Surely, one has alternative means to watch hockey at one’s disposal… I shall say nothing more about this, but I’m sure you understand what I’m hinting at.

As mentioned previously in this thread, it is no reasonably costed excercise to locate a 50+ inch monitor with a high refresh rate… needed for good hockey watching! So - TV it is…

Surely, a TV has some sort of an input that makes it function as a monitor? Surely, it can do things other than just show you ads and lies in the news, like displaying an image from a PC?

I have no idea what that is. The name does sound familiar, but I’ve never used anything like that. It also sounds a bit 𝖕𝖗𝖔𝖕𝖗𝖎𝖊𝖙𝖆𝖗𝖞, to be honest…

I use MPV on GNU+Linux. It can play hockey, too. Not that I’m particularly interested in hockey, but why not?

I am sure is it proprietary, but there’s not much scary packed into something so cheap as a streaming stick! I would miss my equivalent of a live-stream 4k res, hi-refresh rate games though. Some people have soccer fixations, or cricket (which i would watch if I had it!) or baseball (though that one doesn’t need the hi specs).

You quite lost me there. I have all the variety I could imagine without some pay-to-view “streaming stick”…

The last time I saw an ad of any sort1 was last year, and that was at the local fast food place while I was buying a sandwich. They left their TV on, never went there again2.

I do watch sports regularly. Especially chess, but also snooker.

1 Well, I may have seen a text ad on a web page, or a sponsored message (buy this VPN) on a YouTube video… But I don’t count these.
2 Not necessarily because of the TV, the sandwich was quite bad…

I don’t know why you’re installing this if you want tvheadend.

And, if you want tvheadend then I don’t know why you wouldn’t just follow the Arch wiki page: https://wiki.archlinux.org/title/Tvheadend

Then, if you don’t understand something, or something doesn’t work as expected, you can ask people for help with that.

This reminds me of the many threads all over the Web essentially saying “Linux sucks because my wifi doesn’t work and noone ever helps me - prove me wrong” and then a load of people jump in to provide step-by-step help.

You’re right that Linux has a learning curve and it doesn’t work like Windows. Some would way that’s a feature.

An Arch derivative isn’t really a starter distro - Ubuntu or Mint would be a better bet. There are fewer moving parts, the parts that move do so less regularly, and many companies directly support Ubuntu derivatives so there is less need for tweaking.

However, one of the great things about Arch is that you have to deal with everything, so you have to understand what your system is doing. That means you always know what is happening and why, so there are no should be no surprises.

However, one of the great things about Arch is that you have to deal with everything, so you have to understand what your system is doing. That means you always know what is happening and why, so there are no surprises.

…and then there’s actual reality

What’s a ‘pay-to-view’? Haven’t done that yet! As for your sports - they aren’t too demanding of video performance!

As for snooker - never managed a 147 - I’ve had a few clearances, but my best was a 143 (sob). Lucky to break 60 these days though - maybe something to do with eyesight? Gee - come to think of it, maybe eyesight is why I need my ‘big screen’?

Are we OT? I always wonder when I can’t remember what the thread was originally

To be honest a lot of people blame the OS and that’s not the problem. The problem is a lot of people lack the necessary knowledge, training & skills to be doing some of these things that involve needing to understand not only Linux but advanced Networking protocols, Security related protocols such as SSH and the list goes on. Sure there are a many Linux users who have enough experience & knowledge & understanding to be able to do some of these things but not everyone has those abilities. Not everyone can just follow you tube video’s or instructions and get there because they lack knowledge, understanding and the necessary skills needed. Just the same as a lot of people do not understand what is written to begin with including the Arch wiki as an example. They think it’s so easy because it just works on Windows when i click on icons and it installs and sets up and sometimes just works or takes little configuration. Understanding something isn’t as easy as just reading it. More to it than that.

I just want the OP to know that in no way am i trying to put them down. This is just the reality of some of these things. They take more knowledge, skills, experience and understanding that not everyone has.

If you go straight from Windows or with less experience in Linux to an arch based distro (and be sure I know what I’m talking about) it’s a rocky road no doubt, but it’s more than worth it.
I understand that you want to get it running now. No one is stopping you from trying again, from making a fresh start.

Don’t give up, just wipe your mouth and keep going.