I’ve talked to the devs of dying light (techland) and they tell me because I’m not on ubuntu I don’t meet minimum requirements and therefore there’s nothing they can do besides telling me to update my drivers.

That is really frustrating. What a bunch of incompetent soydevs! They should upgrade their crappy software, not you your drivers: you are almost certainly more up to date than anyone playing that game on buntu.

To figure out what happened, you first need a list of all the packages that were upgraded on Sunday. You can find that out by looking at /var/log/pacman.log, near the end…

Since Sunday was 31st October, a command like this will give you all the entries relevant for that date:

Last time i’ve played it was with:

So in case you use latest wine version from repo, i suggest you rather run it in a more “portable” way, kinda like i’ve written here or just through Lutris engine Linux gaming [Guide]

P.S. Or if you use Steam - try with GloriousEggroll or TKG engine instead of Proton, see if it helps

Yeah, just as I feared, you updated Nvidya drivers from 470 to 495… I can just echo what Linus Torvalds said to Nvidya (slightly NSFW).

I’m sure someone will come up with a solution for you.

Oh, ok, then my advice is to start playing through Proton / Wine - native Linux games are far from stable unfortunately, otherwise you’ll start working as a 24/7 debug service for devs.

Yes, and also see this, looks like your series of cards have just become legacy

[novideo-dist] With the release of the new feature branch release: [495.44] Kepler GPUs (GTX 600/700 series) and the first Titans will drop into legacy. The last supported driver will be 470.xx (new legacy branch 470xx) https://nvidia.custhelp.com/app/answers/detail/a_id/5202 495 packages now at the repos: https://archlinux.org/packages/extra/x86_64/nvidia/ To change to 470xx from AUR on new legacy cards you will need to uninstall the main ones and build/install the 470xx versions from AU…

Install the 470 series of nvidia drivers.

Someone correct me if I’m wrong, but I think it would be easiest to add @jonathon’s repo and just install the 470 drivers. Installing them will automatically remove conflicting (replaces) packages. Do not uninstall anything, because your computer might become slightly unbootable.

What’s weird is that 750 Ti is not listed there… 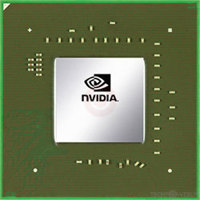 Oh it’s Maxwell, not Kepler…so it’s not the drivers guys.

I read that but the gtx 750TI isn’t listed on there and nvidia-driver-supported-branches -a shows 495 as supported. I am confused.

Even if it is supported, I would try downgrading since the game stopped working after the update. If nothing else, it will tell you if the issue is related to the drivers or not.

so it’s not the drivers guys.

It could be that the drivers are incompatible with the game, not the hardware. Only way to tell for sure is to test.

I don’t see what else it could be, these packages were upgraded when the thing broke:

The only thing that screams on this list is Nvidya…

xorg could, as well as Kernel (not likely).

P.S. I’ve seen it sometimes back on Manjaro

How do I do that though?

It contains the older drivers.

Don’t try to remove the new drivers separately. Just install the older drivers after adding the repo. They will replace the newer drivers.

Older LTS kernels Following on from the above thread, I’m thinking about building I have built LTS kernels from the AUR to make them available in an unofficial user repo. My current builds are now available here: https://repo.m2x.dev/current/kernel-lts/x86_64/ These are built directly from the AUR packaging files. YMMV etc. This repo has the same stepped cadence available as the other repos if you are already using one of those (make sure you don’t mix cadences). How to use Add this to your…

Specifically, “How to use” part… When you’ve edited your /etc/pacman.conf and imported the keys, you can run:

I think these are all the packages necessary. Someone please check.

Well, we can just force it:

Hopefully, this won’t break anything… Do not reboot until you check that everything is installed.

When everything is done, check:

Hopefully this should fix it:

When done check with: