Help needed writing How To | Replace Pulseaudio with Pipewire for EndeavorOS

Like many of you I am straddling the fence as I work my way from the Manjaro distribution back to my first Arch love of Antergos (Now even fresher as Endeavor OS). Like one of my mentors @jonathon I like to write documentation to help people get it right the first time. Poor Jonathan and @dalto often provided feedback about Optimus and Nvidia and various questions which built my understanding of how the architecture worked.

That being said and wanting to play my experience forward I drafted the below HOWTO Replace Pulseaudio with Pipewire, knowing it has Manjaro elements. I would like to get the communities help in making it EndeavorOS focused.

FYI, I have tested this setup on a Thinkpad T450:

If the previous not works then:

Most browsers used to rely on X11 for capturing the desktop (or individual applications) when using WebRTC (e.g. on Google Hangouts). On Wayland, the sharing mechanism is handled differently for security reasons. PipeWire enables sharing content under Wayland with fine-grained access controls.

This requires xdg-desktop-portal and one of its backends to be installed. The available backends are:

(6) Check if Pipewire can translate sound for Pulse Audio applications:

Example of the output: 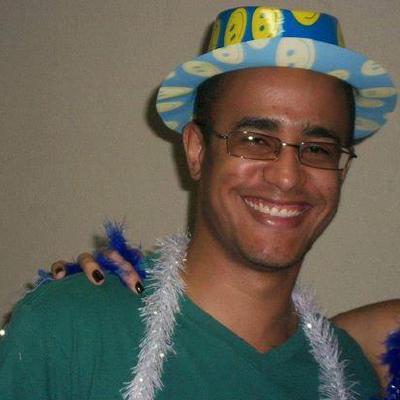 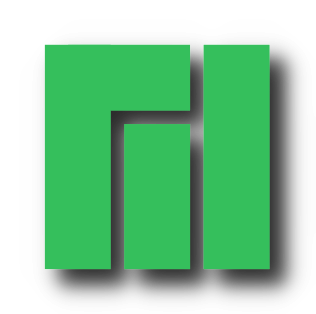 I had to switch from PulseAudio to PipeWire as a result of the PulseEffects update. I have been excitedly anticipating this and hoping it would resolve the audio configuration issues I’ve had to deal with every time I reboot. It wasn’t obvious how...

Some time before the recent Manjaro update that brought us Pipewire 0.3.19, I tried switching to Pipewire on my old test laptop and it worked fine for the most part but I went back to normal PulseAudio because of some slight annoyances. Now after...

What is the correct way to install package “manjaro-pipewire”?

That’s it. All conflicting Pulseaudio packages will be removed.

Thanks Jonathon. I made changes to my HowTO.

To be honest I am getting this impression that the expectation is I should normally just run sudo pacman -S pipewire pipewire-pulse, then the package manager will detect the conflict and remove pulseaudio before the install? From scouring the forms it seems the ‘pipewire-pulse’ package being installed with pulseaudio caused people grief in switching.

pipewire-pulse provides and conflicts pulseaudio so there isn’t any issue with having them both installed - because that’s impossible.

I imagine issues were more along the lines that applications didn’t work well with pipewire-pulse (e.g. pulseeffects before 5.0.0) or Bluetooth support is still a bit clunky (e.g. speakers default to HFP instead of A2DP so it’s connected but there’s no audio, easily fixed by switching the profile via pavucontrol).

Or, Manjaro ended up blocking normal package manager operations via their metapackage.

Thank you. This whole pipewire has messed up my sound system MaJoLy since I got the warning that pulseaudio was in conflict and I uninstalled it. I read some posts here about changing out audio-pro, I think from Jonathan, but that didn’t work for me. I will use this guide and see if I can straighten my mess out, or …I will be a mess.

You know it is early adopters like you who end up making life easier for people like me. So thanks for that

This worked really well, I think my sound system is fixed. The only issue that remained for me was sound when playing Youtube videos using Firefox. Some videos played with sound, some did not. I did some research and it seems Firefox is very dependent on Pulse. One way I got around this, and recommended by a user, was to install ‘apulse’ which is in AUR. This I believe fixed my sound issue with Firefox.

Is Arch planning on replacing Pulse with pipewire? I had it on KDE and everthing was fine until an update caused it to have a whole bunch of duplicate audio devices listed. Now i only have one as i am back to what ever it installs on an new installation. 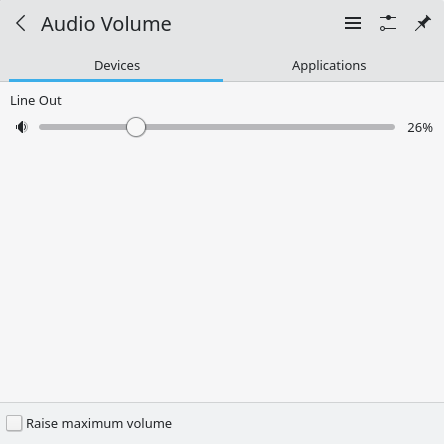 Isn’t up to the DE too? The guys making Pipewire are part of the GNOME project so that would probably the first DE to adopt it…

Definitely some Manjaro strangeness (e.g. installing manjaro-pipewire does not install all the pipewire packages). I want to really only be updating every 3 months but that is not the Arch way.

As I have been testing today I was able to duplicate with my bluetooth headphones going to HFP for quality. So will be nice to see how things are in September.

Bluetooth support is still a bit clunky (e.g. speakers default to HFP instead of A2DP so it’s connected but there’s no audio, easily fixed by switching the profile via pavucontrol).

This seems to be sorted now. My headset defaulted to using A2DP.

13 posts were split to a new topic: No sound devices found after switching to pipewire

This topic was about writing a document to help people switch from Pulse Audio to Pipewire.

My suggestion is we have Keithy create a separate Post to troubleshoot his setup.

If there is an outcome of the investigation which should go into the HOW TO: then post your comment here and then I will consider revising (include a link to your Post here as the source of the information.

I figure I would share that Pulseaudio Volume (pavucontrol) in Gnome actually lets me set by Bluetooth headphones to use the aptX low latency high quality audio codec. This is something I cannot do in Gnome Bluetooth\Audio Settings yet. 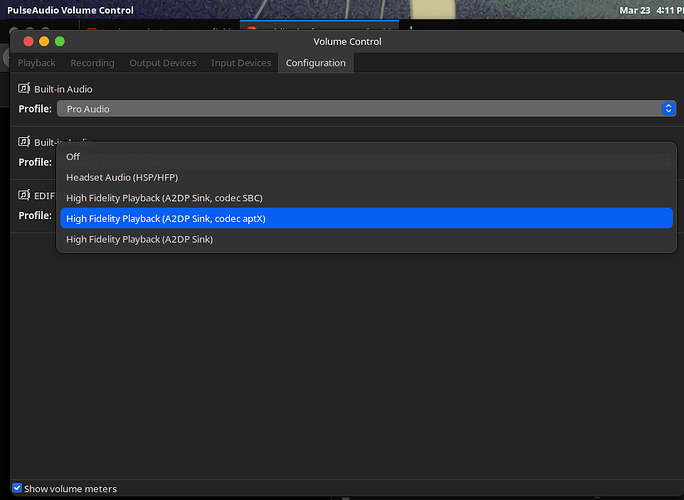 it might actually be a separate problem; Bluetooth headphones in Gnome has always been a damn mess for me.
Which is why I Chose to use Blueman instead of Blueberry in Xfce and Cinnamon; blueman just works better with headphones specifically for me.

Question: what audo mixer package should I install? I run pipewire just fine, but Xfce still has pavucontrol set as default audio mixer and I have no other installed, it seems.

All I had to do was to reinstall it since it “thinks” pipewire-pulse IS pulseaudio (the dependency check in pacman literally says this: “Optional dependency: pulseaudo [installed]” even tho it is not, but pipewire-pulse is.

SO another thing to add to the instructions maybe? At least for Xfce users @kagetora13 ?

Exactly what I was going to tell you.