Probably asking for trouble here so no lectures please.

I really need to access a site which is still asking for flash. Are there any browsers or ways that I can use.
I have tried downgrading firefox to no avail.

Use search first btw, there were already at least couple of threads

does anyone know a way to install an old or exotic browser that still have full flash player support? I only need it for a one-time login to change an old mailbox speech file from an old PBX provider, the Web-GUI is only available in flash.

On both chromium and brave, I have enabled flash [image] But I get this error on both browsers. [image] I have not been prompted at all to enable flash, it instead states This plug-in is not supported. On Windows I was able to get Chrome to work so I am not too sure why its not working on Chromium nor Brave on Linux?

Hi - I managed to download an old version of firefox and flashplayer from the arch archive. Is working with
Firefox 68 and flashplayer 32.0.0.114 (with all the big red warnings!)

Probably because chrome has not been updated on windows since the 12/01?

Be glad the problem is just a web site: 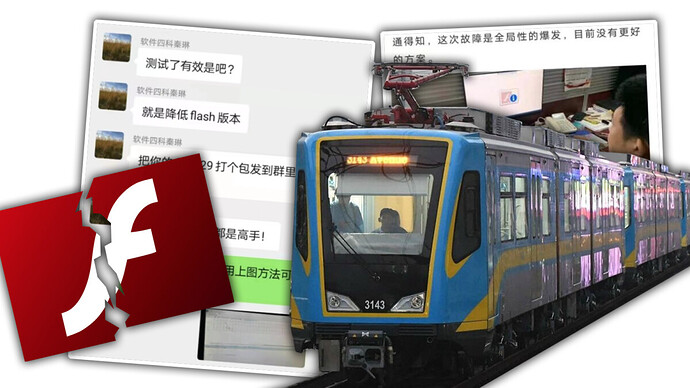 Adobe’s Flash, the web browser plug-in that powered so very many crappy games, confusing interfaces, and animated icons of the early web like Homestar Runner is now finally gone, after a long, slow, protracted death. For most of us, this just...

Seriously though, is it to access the web site, or content from it? Adobe’s standalone player is still working, plus there are alternative players in the AUR.

I really need to access a site which is still asking for flash.

I know this is not what you want to hear, but the website owners really need to fix their site.

firefox 84 is the last support flashplugin, flashplugin transfered to the aur…

I have no argument with that. I have got around it using an old tablet with flashfox that has nothing else of importance on it…