I would never add screenfetch/neofetch to my shell startup because of the time delay but if I cared about such things I wouldn’t hesitate with fastfetch, it really is quite fast. 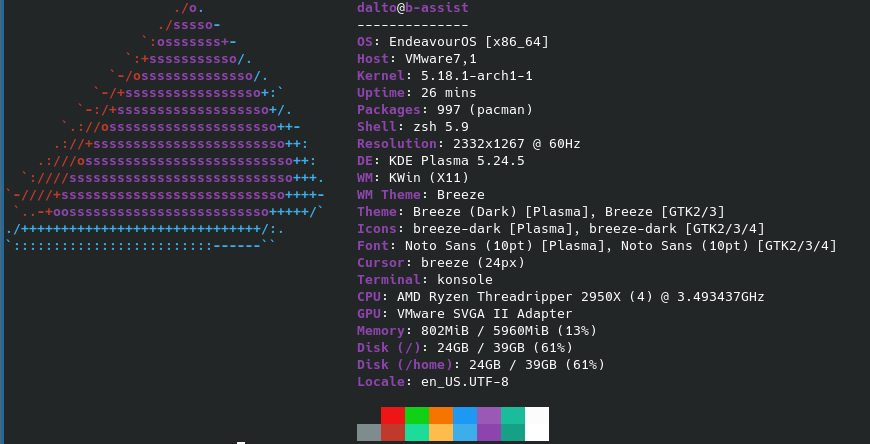 Like Neofetch, but much faster because written in C

Thx for sharing, it’s quite nice!

It also comes with another command, flashfetch which is even faster because it is completely precompiled. That being said, I can’t tell the difference in a VM or on bare metal.

i find neofetch really fast if you drop packages

also thx for sharing, never heard of it bevor.
it looks nice and have a little bit more information as neofetch. 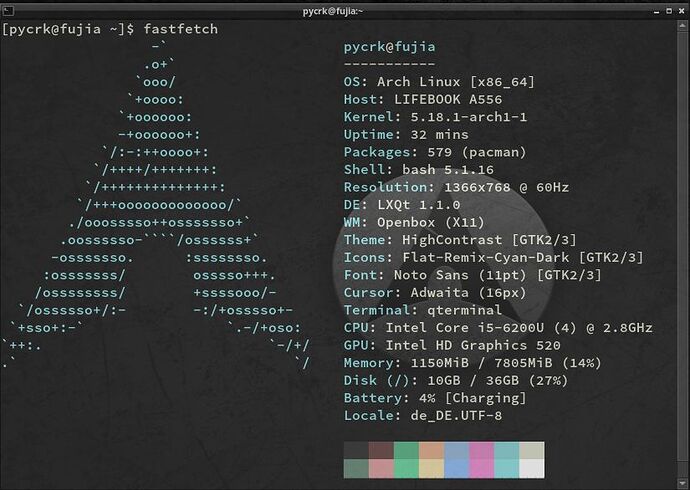 Wow! That is faster… neofetch took 854 miliseconds and fastfetch took 328.

i find neofetch really fast if you drop packages

Not even close, compared to that one!

I’ve tried fastfetch. It is much faster than neofetch. Only thing is that it is in the AUR and arch is x86_64. I don’t remember if it works on ARM.
I’ve kept fastfetch in the zshrc of my laptop before.

Edit:
It works on ARM.

@dalto have you tried Macchina. You can customize your fetch. 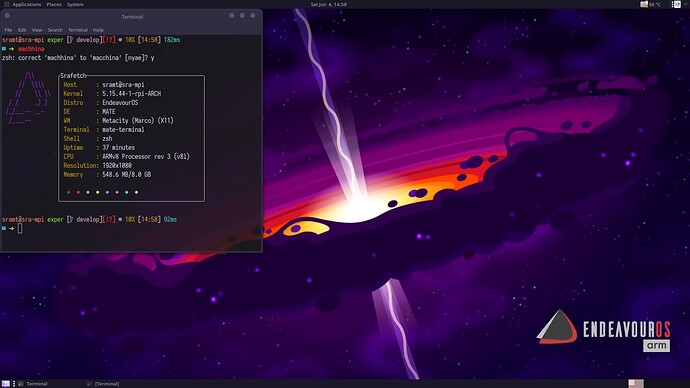 You can customize your fetch.

Also can be customized btw

I’ve seen the configs is in C and pretty simple. I don’t think there are graphical configurations.
If you see my screenshot of macchina, I’ve customized the rounded corners, text color, delimiter, the dots at the bottom etc.

I’ve seen the configs is in C and pretty simple.

Do you have an alias or a function for yay that is broken?

What does which yay return?

Nail on the head!

I guess I should probably change that to something else eh?

I guess I should probably change that to something else eh?

Yep. At the very least, put yay at the end.

Yes, something that is not yay

It is trying to flatpak update -S

Anyway to find out more? I just wanted yay to update pacman/AUR/and flatpaks with yay. Looks like I’ll have to use a new word. I wouldn’t know what else to report other than the “unknown option -S” error

Edit: in the meantime I’m just going to change it to this:

Better yet, flatpak updates should be safe so just put them in a systemd timer. That is what I do.