When I first installed EOS, I had missing emojis in Discord. So I installed the noto-fonts-emoji package and got back emojis in channel names:

What font package(s) do I need to fix this?

Does this also occur on Linux-lts? It could be a 5.14 issue.

This has been occuring before the upgrade to 5.14 still.

Have you tried this?

EndeavourOS, out of the box, does not come with colourful TTF emojis installed. For example, KDE’s Emoji Selector application displays a bunch of □-like characters instead of emojis. However, it is fairly easy get it working. While I’m sure most users already know how to do this, just in case there is a newbie looking for a simple tutorial, I hope this helps. First, install an emoji font. A good choice is noto-fonts-emoji from the repos, but if you want the same look of emojis as here on Disco… 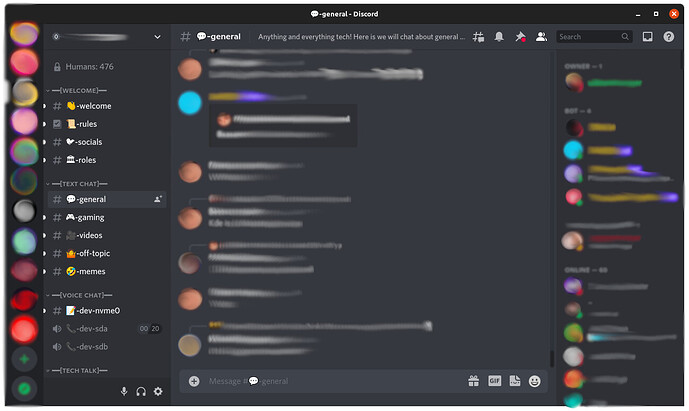 As you can see, I got a little carried away with the blur and smudge tool

I always see people blur out various parts of their Discord, so I just gave it a try. Trying to respect peoples privacy of course!

But as you can see from my screenshot above, I’m able to see emojis in the top and bottom of my Discord. I’m on Gnome 40 btw, using the ttf-ubuntu-font-family package from the Community Repos, since it was the closest thing I could use that resemble the fonts that I previously had on Pop!_OS. Maybe give that font a try and see how things go? 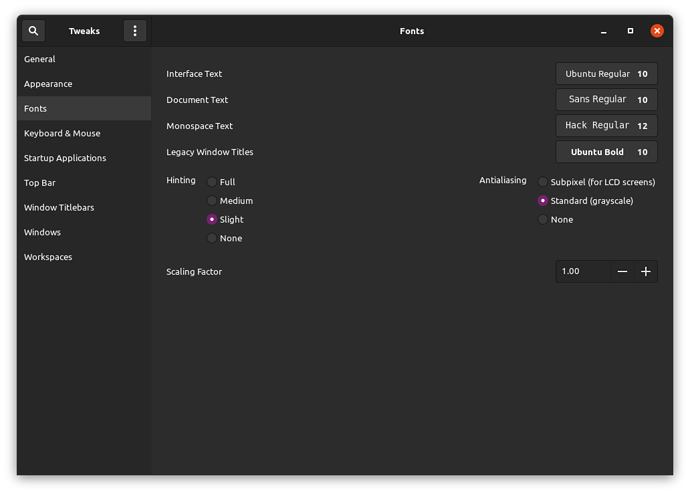 btw, as a side note - if you’re serious about censoring sensitive info from screenshots - don’t use blur or smudge edits, better just pure colors.

There are deep learning (CUDA / OpenCL) hacker scripts publicly available, which can de-blur all that stuff very accurately…

Yes I am aware of that, I just considered this a low risk, as it’s a public Discord server and I barely even use Discord myself, so I’m not too worried even if that screenshot was unblurred, it wouldn’t really reveal anything that isn’t public already, but I understand what you mean. Had it been a screenshot of something sensitive like a bank statement, I’d had blocked it out with giant black blocks for sure

Okay, I tried both @Scotty_Trees and @Kresimir font suggestions, not sure which one fixed it, but it works.

Love ya guys. Gonna go ahead and add these fonts & fontconfig steps to my personal Arch guide