Does the old kernel get uninstalled, after a update?

What happens, when a new kernel gets installed, would the old kernel get uninstalled? If not, where are they stored?

Yes, the old ones get replaced by the new ones.

So, the last kernel becomes the fallback one.

I’ve got three kernels installed, linux, zen and the LTS. The boot order in the grub boot menu is:

edit: correcting the order of the kernels in boot menu

the old ones get replaced by the new ones.

the last kernel becomes the fallback one

The “fallback” boot option is a larger initramfs that includes a wider selection of kernel modules in case the normal initramfs fails:

It’s well worth searching (and reading) the Arch wiki as the vast (vast) majority of information about Linux systems is present on there.

In Ubuntu, all the old kernels are in /boot, until one uninstalls them manually, as in the image below. 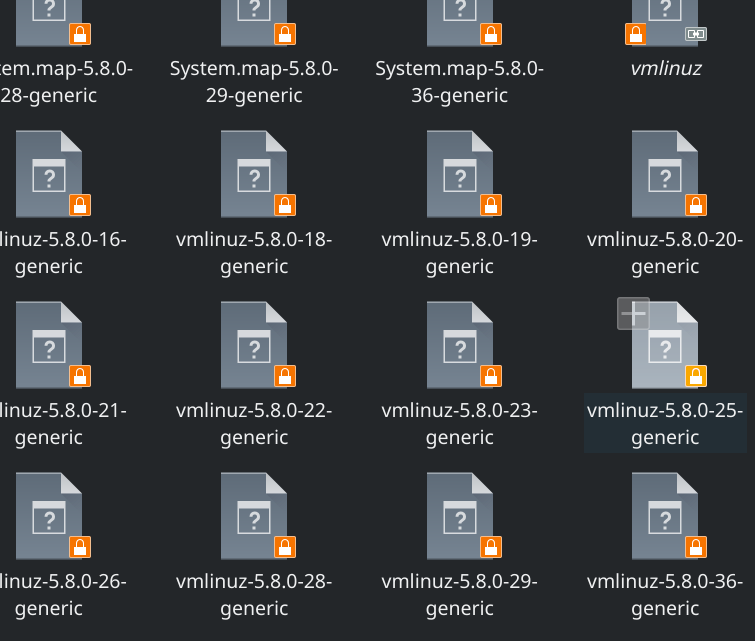 Looks like the old kernels are uninstalled/replaced by the new one.

Yes. This is the answer given twice now.

^^
If by any chance, if the new kernel is corrupted, there’s no other kernel available. How would the system boot then?

if the new kernel is corrupted, there’s no other kernel available. How would the system boot then?

It won’t. You will have to boot off an ISO, chroot into it and repair it.

That is why many people install a second kernel such as linux-lts.

You have the fallback image, and generally you’d keep a second kernel version installed for that reason (e.g. many people install both linux and linux-lts).

^^
Interesting!
Is there a way to make/block the old kernel from getting replaced/uninstalled?
Other than manually renaming it and copy/paste, before updating?

Is there a way to make/block the old kernel from getting replaced/uninstalled?

You could use a pre-transaction alpm hook.

However, it would be much easier to simply install a second kernel.

Yes, I suppose so. Updating appears to be a dangerous thing in Arch.

Arch is based on “full” updates (don’t now remember the term Arch uses), meaning update all packages or nothing.

That means one should not do partial updates (update only some packages) even though it might be possible by “misusing” pacman (or other similar tools).
That’s because partial updates may easily lead to (small or big) problems that may be hard to solve.

Is there a way to make/block the old kernel from getting replaced/uninstalled?

Why would you want to do that?

However, you can use --ignore to skip the upgrade of a particular package, but then I don’t understand why you would do that.

If you want to use an older LTS kernel, you can probably find it in the AUR and install it that way.