Deezer and Any Other Paid Music Streaming Suggestions

I have tried the big three paid streaming services, Apple Music when I had an iPhone (Android now,) Google Music and now Spotify.

Apple is not ideal for Android, glitch app, etc. Google Music became Youtube Music, with less features and bad reviews. Spotify is alright, good suggestions, but the ability to clear a play que, or lack there of which has gone on for years, is ANNOYING. I can’t take it any longer.

So, looking for other alternatives. I found Deezer’s website (got a linux desktop app in git,) looks decent. Wondering if anyone here has used it or any other suggestions? My Spotify free 3 months subscription ending soon, and looking to change…and clearing a que is a must. Thanks in advance.

Tidal is another one I know about. I have not used any streaming service myself. I am not sure about their Linux client support other than streaming via web.

I kind of forgot about them, thanks. I read reviews some time ago, their first year, that kind of turned me off from Tidal, 1. they don’t have as big a library as the others (not sure where they are now,) and 2. it is geared for hip-hop fans, respectably. I am not a big hip-hop genre lover. I will do some research on them.

Tidal has a leg up on Spotify when it comes to library size. It boasts over 60 million tracks, which is 10 million more than its biggest competitor. However, quantity isn’t everything. It’s the quality that counts, which is where the two are neck and neck in my experience. All of my favorite songs and artists are available on both platforms.

Discover amazing music and directly support the artists who make it.

you can listen some songs
and buy ( this one for example )

I’ve been using Deezer for a couple months now. It’s not bad. 56 million tunes you’re bound to find stuff you’ll enjoy. The Flow discovering is pretty good if you can get it to behave genre-wise.

I like the service but will be cancelling my sub soon™.

This is probably going to make a lot of people cringe but I use and keep going back to Amazon Music Unlimited.
I use Mellowplayer or my web browser to get tunes playing. The phone app isn’t bad either. Just for reference however, I think all the music apps for my phone suck massively. So I’m hard to please with that.
I run both Windows and Linux for my desktop/craptop. The native Windows AMU program is pretty good (Avoid the micro$haft store one. Garbage) but we’re talking about linux so who cares!?

The Focus
Deezer and Spotify are great for more focused music listening I’ve found. But most times I have something I want to specifically listen to.
Pandora is pretty much an amazing hands-off music listening experience. They have the learning your tastes thing down.
Amazon is between Deezer and Spotify with a bit more leaning towards more granularity in what you want to hear. While still providing moderately decent Discovery playlist based on what you’ve listened too.
Google Play Music (Now Youtube Music

) is mostly about pushing the latest music at you as fast as it can. But it also offers subscribers a neat bonus the others don’t.
The ability to upload up to (I believe) 100,000 tracks of your own stuff to their servers so you can stream them to all your devices or whatever the sales pitch is.
I can’t stand the Google play music interface though so I left that one behind.

Tidal is fantastic if you’re a Hip-hop/rap fan. They have quite an impressive catalog. They offer more than that but it’s really all about getting you some of the latest hip-hop into your ears.

I’ve tried a couple others but I’m blanking atm. I’m very tired so…

I’ve used soundcloud these last few years and quite like it. Only problem is it doesn’t seem to have as many songs as spotify… My sisters have songs on their spotify playlists that I can’t get on soundcloud… But still I have multiple playlists though and over 2,000 liked songs.

Thank you for all this. I love reading this kind of feedback.

) is mostly about pushing the latest music at you as fast as it can. But it also offers subscribers a neat bonus the others don’t.
The ability to upload up to (I believe) 100,000 tracks of your own stuff to their servers so you can stream them to all your devices or whatever the sales pitch is.

I agree with this, but under Linux, I found the uploading and maintaining or your personal library …a little trying. Plus, I have read that now under Youtube Music, they kind of separate the two under the new app which a lot of people are complaining they don’t like.

I am an Amazon Prime member, and I have used their “free” music app version which is very limited. I will look into their paid version. I hate supporting Amazon and was going to cancel Prime, so I will have to weight all that in as well.

I have always liked Pandora for finding music, but I have read their Premium service doesn’t have the library of music the others have. Lots to consider…and try out.

I am using Deezer with Hi-Fi plan and I am very happy with it. I use the AUR desktop app, and in complement the Deezloader-remix-bin app (AUR also) which lets you download specific tracks of full albums in the selected quality (I use Flac).

I use SoundCloud. Though I don’t listen to major artist, mostly indie artist.

I’m actually have a 300 GB music collection and I use to use Microsoft Groove to stream my music from OneDrive, but that service was discontinued. So I’ve been thinking about setting up my own music server.

Pandora is a bit behind the rest but not that much.

The following is a list of on-demand music streaming services. The services offer streaming of full-length content via the Internet as a part of their service, without the listener necessarily purchasing a file for download. This type of service is comparable to Internet radio. Many of these sites have advertising and offer non-free options in the style of an online music store. For a list of online music stores that provide a means of purchasing and downloading music as files of some sort

This is very helpful, thank you. I will be using this.

I am still iffy on Pandora’s numbers. The resource sited there was from 2018, but it doesn’t say how they got the numbers. To my knowledge, Pandora will not release how many tracks they offer.

People have actually posted on Pandora’s help forum requesting the number of tracks in Pandora, and their official reps responded with, “we don’t give out that information.” I find that odd, and probably a warning. Wouldn’t you be boasting like all the other providers, and why so secretive?

I think it’s more that Pandora has always had a love/hate relationship with the music industry. Not the artists, but the suits. They’ve lost licenses to stream music in the past so they probably don’t have realy numbers to give and would probably get people in a tissy if they gave them the wrong ones.

Ok, Deezer is a nice service, pretty much mirrors Spotify, but they both have the same dreaded thing in common. You can’t clear a queue! They also have a rage thread about how users can’t believe this is not a thing, rightfully so.

Amazon Music has a ‘Clear (All) Queue’ button at the top (THANK YOU!!)…and it is $7.99 a month if you have Prime. I will give this a free month test. Now to rebuilt my playlists.

Edit to add; Amazon Music is the only one I think that doesn’t have a Linux desktop app. You will need to add Nuvola via Flatpack, then add the DRM Amazon Music to it, and then you have a nice standalone.

Well, there is this… LINK 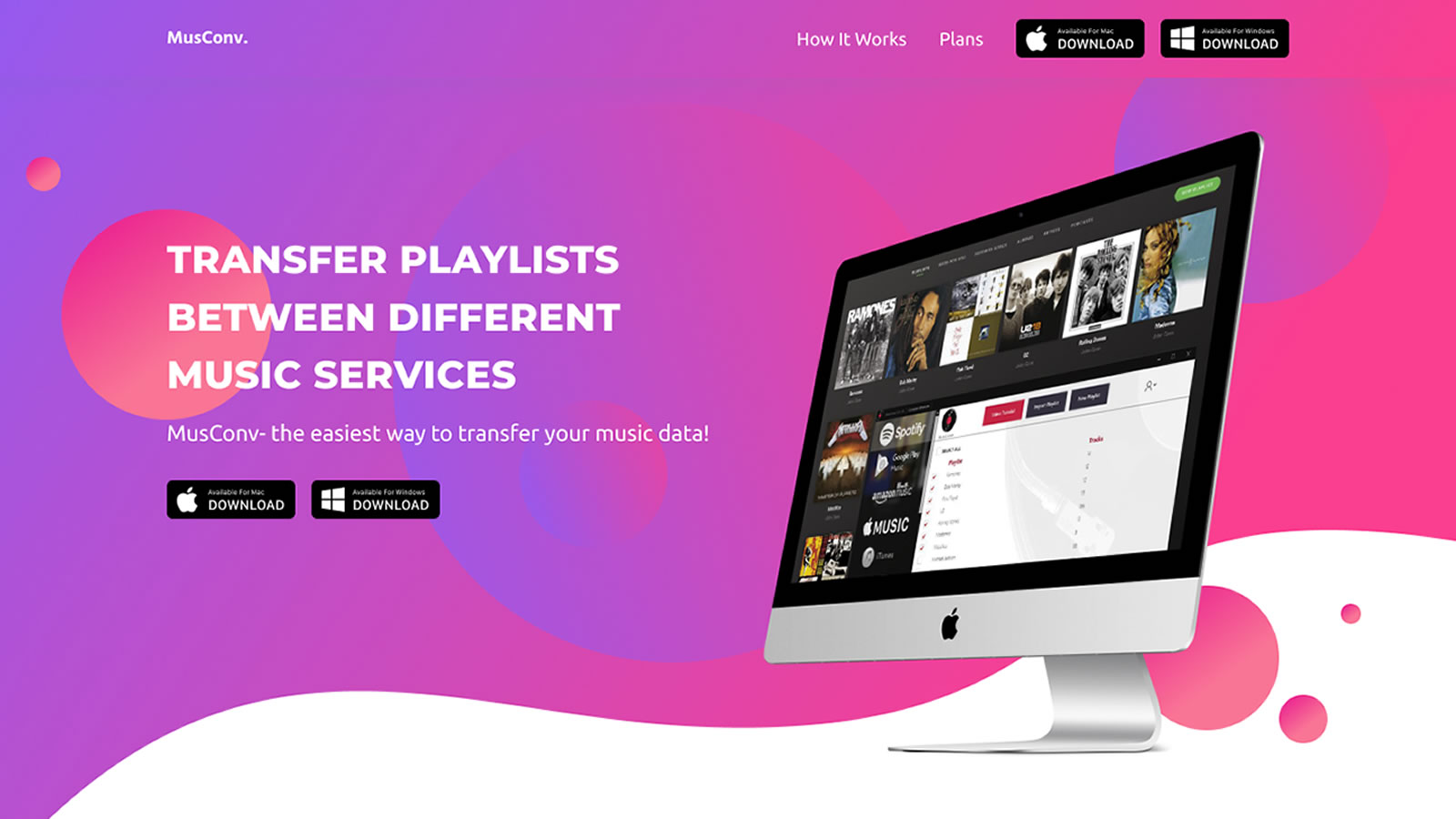 I’ve never used these services so it’s User Be Aware. I did look into them a while back hence the links but never ended up doing it.

Pandora is nice but you need a vpn if outside the USA. I’ve tried Tidal,Spotify and Deezer but prefer Spotify out of the three. Fildo is a free alternative but think its only available on android

You have a wonderful tool-belt of fixes…thank you!! You just saved me hours of rebuilding.

Pandora is nice but you need a vpn if outside the USA. I’ve tried Tidal,Spotify and Deezer but prefer Spotify out of the three. Fildo is a free alternative but think its only available on android

I am going to try Pandora next if this love/hate relationship with Amazon Music doesn’t work out. thanks.

I’ve been round most of the ones available in the UK:

I keep coming back to one specific service, mainly because of it’s discovery features, which TBH are unparalleled in all of the other services I’ve tried: Spotify Premium.

I used to use Google Music and had a huge collection uploaded.

It was great for free with it creating playlists based on a chosen song… not as good as spotify… but free.

When the sunsetting of the service was announced my wife also started listening to music and suddenly the spotify family account became my best bet.

It helps that it’s discounted to 6.35 USD for a family account in Thailand.