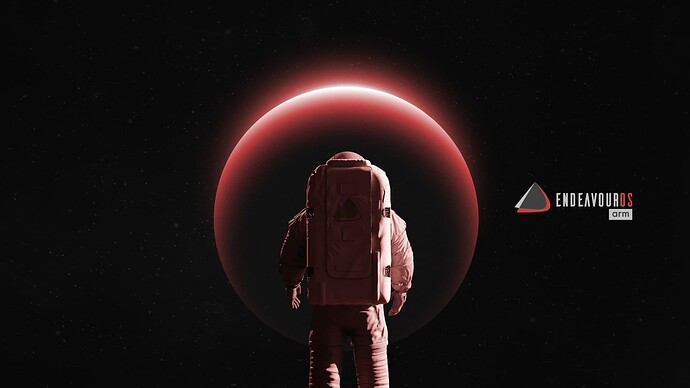 Artemis is the first release that ships with an integrated feature to install the first stage of a two-step installation of EndeavourOS ARM on an SD or SSD for your ARM device. 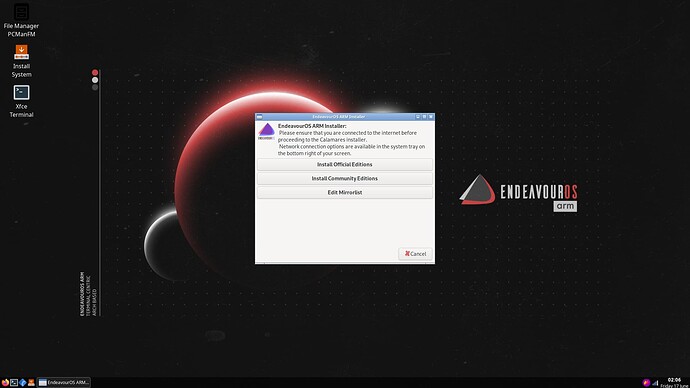 Around the Apollo release, community member Sravan started pioneering the options for the ARM installer to make it more user-friendly and to get x86_64 EndeavourOS users more curious to discover ARM. His ideas and also help in improving the existing ARM installation method, triggered Pudge, our main ARM developer to add him to the team.

This resulted in introducing Calamares to the ARM installation process and an integrated install option on the Welcome app of the main ISO.

The method requires two easy steps, the first one is the base install that uses an easy-to-use automated script in the terminal and the second step uses the Calamares installer to install the location, keyboard, DE/WM and user/computer name and password.

The new installer is still in beta, but we have had successful reports of entirely working installations amongst our ARM community.

Since it is still in beta, the installer only supports Odroid N2/N2+ and the Raspberry PI at this moment. Support for other devices like the Pinebook family and more is in the pipeline.

Calamares isn’t the only step that has been made, both the main dev team and the ARM team have improved the way the main Endeavour packages (eos apps, DE and community editions) are updated for both projects. So both repos are more in sync from now on.

As I said earlier, this is the first step in bringing ARM and the main project closer, our next step is to let Calamares also handle the base install for an entirely GUI user install experience. 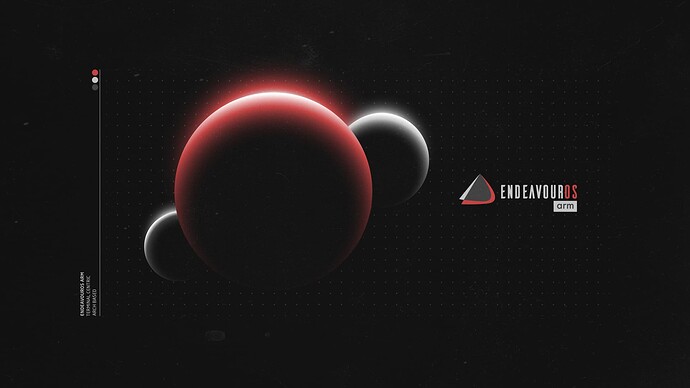 The new method consists of two steps, the first step is handled by an install option on the Welcome app of the Artemis ISO.

Just fire up the ISO on an x86_64 machine, stick in an SD card or connect an SSD designated for your ARM device to the machine, then with a click on the ARM install button, the terminal will open and it will prepare the base install in a couple of easy to follow steps by selecting the right device and partitioning the card/SSD. After those steps, it will start downloading a 1.5 GB image and completes the base install on the storage device. 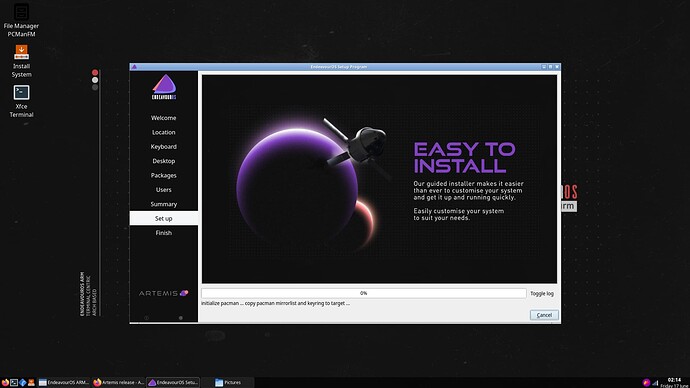 After the first step is completed, the designated ARM storage can be added to the ARM device to perform the second and final step.

An Openbox Live environment with a modified Welcome app that gives the options to edit the mirrors, install the official DEs and install the community editions, just like the regular ISO provides for x86_64 systems.

The main difference is that the ARM Calamares options only concentrate on location and keyboard selection, the DE/WM options and configuring user /computer name and password, the base install has already been done by the first step.

After installing the chosen DE/WM, Calamares will be wiped off the storage device during that process.

Other devices and future releases 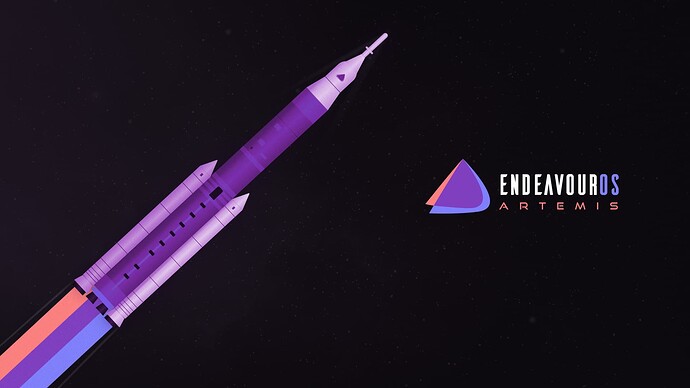 As I explained earlier, the new installer is a beta release and has limited device support for now, but we are going to add more devices in the future. The team currently is brainstorming to add the first step, the base install, in the Calamares installer also, so it will only take one step to install ARM

Features and Improvements on the ARM install

First Look at EndeavourOS ARM on the Raspberry Pi 4 - 9to5Linux

A first look at the EndeavourOS distribution on the Raspberry Pi 4 computer using the new ARM installer integrated in the latest ISO release.

Positive reviews like these were made possible by consistent and constructive efforts by EndeavourOS Team.

It feels great to read these articles, which also motivates me to use this OS, along with making me to think that I should also contribute here. 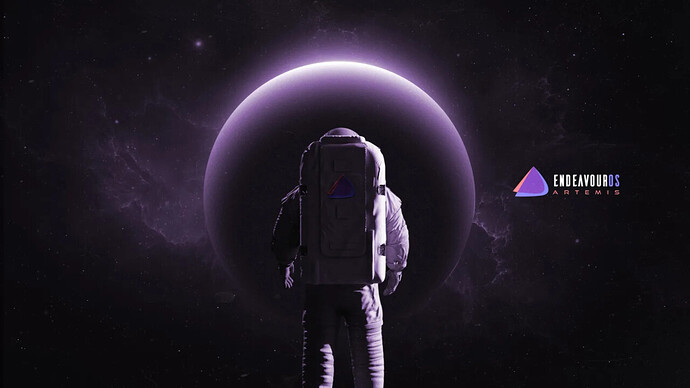 we do not have deepin

I pointed out the error to the author of the article in the forum.

a few weeks ago i downloaded a logo for my conky from the website and adjusted the color of the font. but my solution is not professional, otherwise I would make it available. 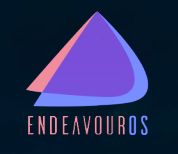 would need a logo with “save space” background… or two versions yes. 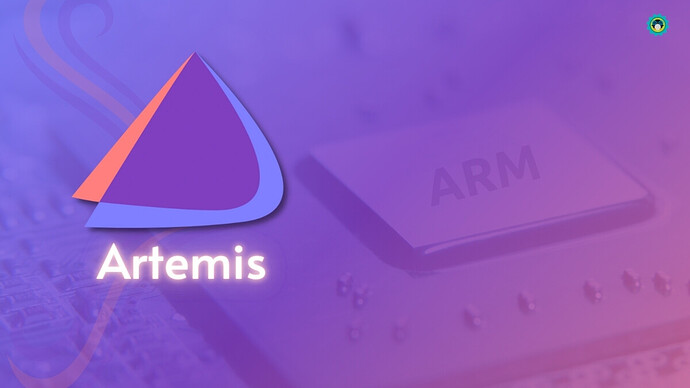 EndeavourOS Artemis is the First ISO with ARM Installation Support - It's...

EndeavourOS includes the latest and greatest with the new release, along with beta support for ARM installations.