Anyone here using a Linux phone?

I am not using a smartphone at the moment. I know it sounds crazy but the fact is I really don’t need any features that a smartphone offers. I use my phone mainly for outgoing/incoming calls & sending & receiving SMS(s).

The only thing that I miss is the video calling feature. It will awesome if I can not only hear the voices of my family members but also see them. So in the next 5-6 months I am planning to buy a smartphone. Nothing costly. Just an entry level phone.

After years of using Linux one thing that I realized is the importance of security updates. Most android phones that I have found offer security updates for a max of 5 years. So after 5 years even if the handset is in a perfectly working condition I will have to throw it away. Again, I refuse to use a OS be it on a PC or a phone which is unpatched.

So what’s the current market situation when it comes to Linux phones ?
I searched Amazon.in but cant find a single Linux phone.
Anyone here used a Linux phone ? Did you like the user experience ? How much did it cost ?

The current state is…pretty sad, but given your needs, you can check this video as a summary:

He mentions pretty much all the options currently available, they all are not ideal though…

But for your case some of those may be just fine

You are right the situation is pathetic. I watched that video. So I have to buy this specific model, Sony XA2 which is again not available on Amazon.in so I am not sure how much its costs & then I have purchase a Linux OS named Sailfish OS X. This is exactly the opposite of the free nature of Linux.

In my opinion the main reason that Linux phones are not able capture the market is their cost. I mean the preinstalled Linux phones that was shown on that video are ridiculously expensive.

I am sure there are a good number of people around the world who are security/privacy conscious & they will definitely want to buy Linux phone provided the price is reasonable & the availability is descent.

I mean just imagine if there is phone with an OS like EndeavourOS people will get lifetime supply of updates. So the user can continue using their phones as long as the hardware lasts. The only change needed is EO has to give its “terminal centric” nature. I mean you cant expect your users to actually type commands to update their phones.

There is a good amount of work being done towards Linux phones but, in my opinion, we just aren’t there yet.

Also, fair warning that while you have no problem without a spartphone now, once you get one and start using it you will find you can’t live without it in the future.

There is a good amount of work being done towards Linux phones but, in my opinion, we just aren’t there yet.

Well I know for a fact that if I buy a Linux phone I will have to tolerate the lack of popular apps. In my country there is cab service called Uber & they have an Android app but I don’t think that app will run on a Linux phone and the same goes for some popular digital payment apps but still I am ready to cope with that. If video calling works I will be happy.

Also, fair warning that while you have no problem without a spartphone now, once you get one and start using it you will find you can’t live without it in the future.

Tell me something, do you watch movies on your smartphone ? I mean I have 39" Panasonic LED TV & that too feels slightly small. When it comes to movies the bigger the better. Other than that I browse the web on my PC only & my PC is connected to the same TV I just mentioned.

So my question is how do you manage watching videos or browsing the web on such a small screen ?

Tell me something, do you watch movies on your smartphone ?

I do not, but many other people do. Imagine if you spent 2 hours on the train everyday. Being able to use that time to catch up on TV shows or movies is convenient for some. Especially for shows which don’t require you to see all the small details.

So my question is how do you manage watching videos or browsing the web on such a small screen ?

I don’t use my phone when I am sitting in front of my PC. I use the phone when I am not in front of my PC. Sure, it is not as convenient as using a PC, but most modern sites are built to dynamically resize on a small screen. Also, the dedicated applications are generally built in such a way that they make the most of the screen real-estate you have. I also have a phone with a fairly large screen.

I watched movies on that beauty back in a day 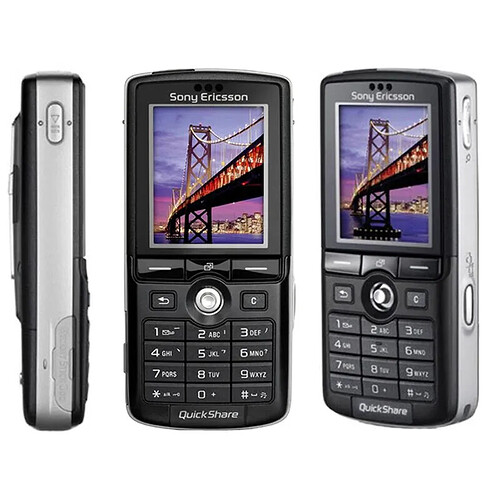 Which video calling app is the most secure & private ?

Most phones got linux kernel mate if mine using sailfish…

A simpler (at the moment) solution is to get an Android phone, then when it nears its ‘end of life’ for security updates - just install Lineage OS, which should continue to give you updates Android and security patches well past the time.

ASs an example, my Samsung A5 (2017) came with Android 7, and would be out of patching range now - but I am on LineageOS (currently Android 9) with current patches applied.

Of course, there are limits to what I’ll do on the phone too - so the security isn’t much needed. (Mainly an epub reader and occasional browser/map reader/SMS machine).

I’m looking for a cheap pixel and will be giving calyxOS a go.

The only company that gives security patched for 5 or more years is OnePlus.

Phones are supposed to be broken and then thrown away by then so you can buy another one.

@arch_lover
You might want to skim through the following as well

Curious what everyone recommends for cellphones these days. Been a life long iphone user and never had anything else, besides nokia / motorola razers back in the day lol. I WISH Linux phones were a thing but I think we are at least 5 years out from using them. I cant wait to use something like the Librem or pinephone. I was thinking trying Android or de-googled.

Myself, I have been using /e/ on a Samsung Galaxy 8 for some time now and I am quite happy with it.

i try get this working again . i forget about it ( after get work phones ) 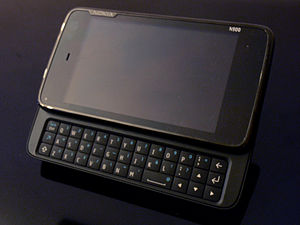 The Nokia N900 is a smartphone made by Nokia. It supersedes the Nokia N810. Its default operating system, Maemo 5, is a Linux-based OS originally developed for the Nokia 770 Internet Tablet. It is the first Nokia device based upon the Texas Instruments OMAP3 microprocessor with the ARM Cortex-A8 core. Unlike the three Nokia Internet tablets preceding it, the Nokia N900 is the first Maemo device to include phone functionality (quad-band GSM and 3G UMTS/HSDPA). The N900 functions as a mobile Int...

I have one with manjaro arm on it, but I think the best way would be to rework kwin to fit normal Linux applications to all screen formats.Existing launchers would work well even on a phone. So there would be no reason to have an extra pinePhone repo just ARM Linux. Let’s simplify things?

that list has nothing to do with secure and private… zoom, skype… lol

Signal probably used to be a good option but apparently the server side source code ain’t public anymore… so it would make it just about the same as others Facebook and Co.

You should look towards jitsi or Matrix protocol.
And on your Android phone you have Element as a client for Matrix (there is others but that’s probably the more popular).

A simpler (at the moment) solution is to get an Android phone, then when it nears its ‘end of life’ for security updates - just install Lineage OS, which should continue to give you updates Android and security patches well past the time.

I visited the Lineage OS homepage & clicked on the download link. I saw that Lineage OS is available for many brands but does is work on only specific models or can I buy any model I like & install Lineage OS on it ?

I have never installed an OS on a phone. I will have to start from zero.

You might want to skim through the following as well

From what I have understood so far I have to be careful in choosing (a) which brand of phone I but (b) which model I choose. Otherwise there is a possiblity I wont be able to install a opensource OS like Lineage. So once I decide to buy a phone I will choose a brand & model myself then verify if Lineage supports my specific model. Still I will create a topic here & only buy my new phone after I get multiple confirmations. If I buy an unsupported model I wont be able to return it.

I have one with manjaro arm on it

Again, the same issue again, availability. I searched “manjaro phone” & got PinePhone. I searched Amazon & found that PinePhone is not available in my country.

You can check which make and model are supported by the custom rom you want to install and then make up your mind for which one to buy.