Yet Another Terminal Emulator thread

I am on the hunt for another terminal. I just switched from Xfce4 to Sakura, but what I really want in a terminal emulator is:

As light as possible while still having a GUI color selector (Sakura has only pre-defined palettes, and no option to set starting size, it is always 80x24). Oh and GTK based; as much as I like konsole it pulls down three quarters of Plasma on Cinnamon.

Have you tried Alacritty? After Konsole, it is my favourite.

What terminal emulator do you use? Lounge

I normally use Terminator (window splits and broadcast groups, i.e. same command to multiple terminals). I use Alacritty for speeeeed.

I think alacritty is one of the heavier terminals so I am not sure it meets the lightweight requirement.

Alternatively, even the heaviest of terminals is pretty lightweight so I am not sure it makes all that much difference.

The problem with alacritty is the lack of gui settings.

“As light as possible while still having a GUI color selector”

Config files I have to edit by hand every time I change theme is a pain.

Edit: Ok I bite… anyone have a good config file?

edit by hand every time I change theme

There may be an easier way:

🎨 Generate and change color-schemes on the fly. Contribute to dylanaraps/pywal development by creating an account on GitHub.

Terminal emulators and TTYs have their color-schemes updated in real-time with no delay. With minimal configuration this functionality can be extended to almost anything running on your system. 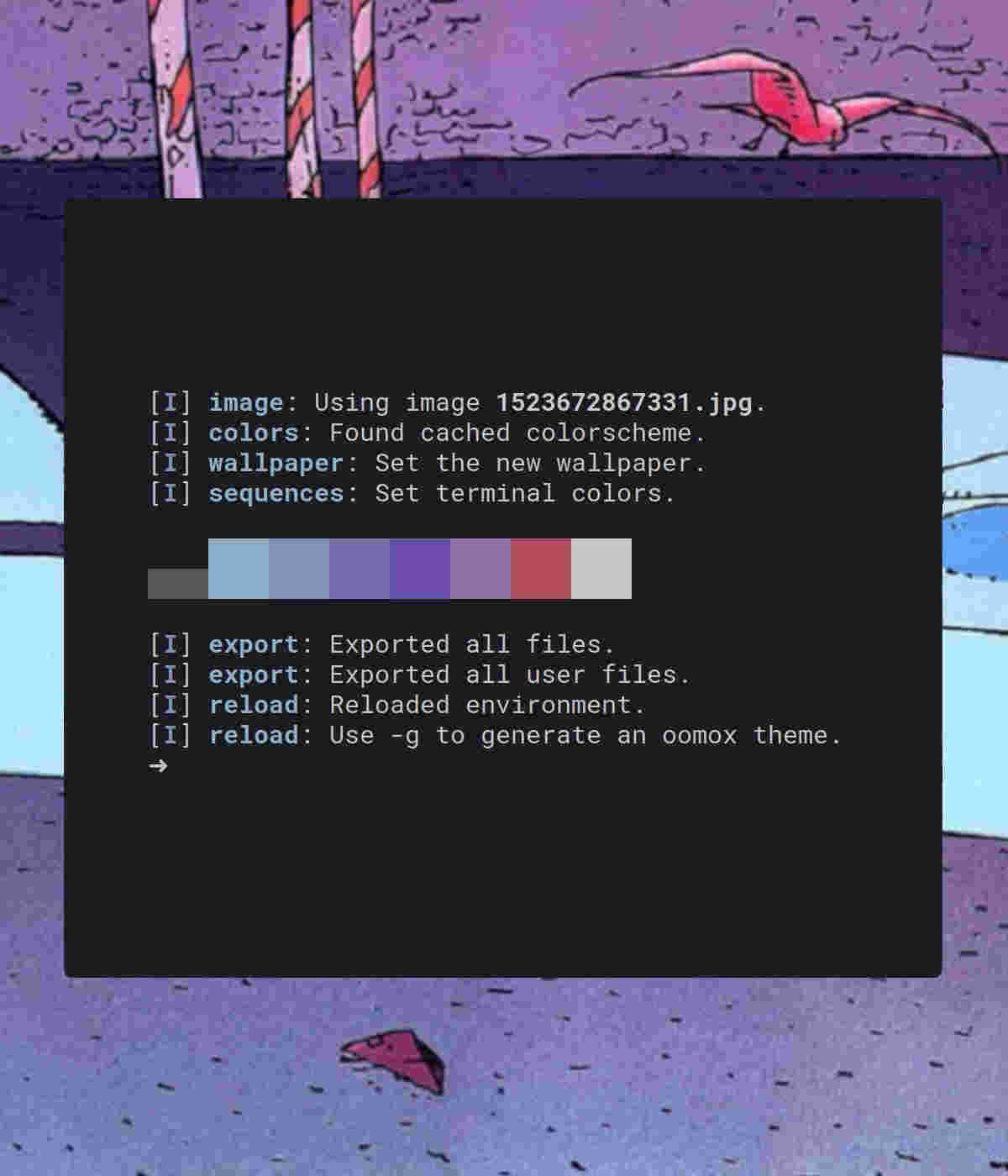 It’s in the repos: https://www.archlinux.org/packages/community/any/python-pywal/

Speaking of: Is there a generic command to launch a terminal or should I make an alias?
Example: %terminal% to launch preferred terminal?

Edit: I just created an alias called terminal that launches whatever terminal I edit it to.

Hmmm it does not seem to actually work with terminal based apps such as nnn or ranger, at least not in alacritty. Maybe it’s because i use fish?

Even if I start ranger from within a terminal with a custom color scheme it reverts back to default until I quit ranger. Same with nnn.

what drawbacks made you switch away from xfce4-terminal?
is it features? performance? does it also pull xfce?

@dalto - alacritty is not heavy!

@xircon
hmm xfce4-terminal is even lighter and as far as I can see it’s also light on dependencies (it doesn’t pull xfce).
Anyway the dropdown feature is something hard to beat on a non-tiling DE. 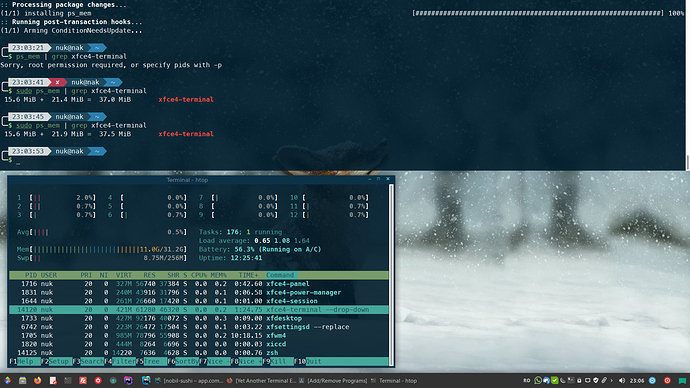 (General tip: you can save 730KB of space on the server if you copy+paste text output as text.

wow so we’re talking that slim… at some point that slendernes will sacrifice some features though, right?

Yeh, it is pretty featureless and changes need to be recompiled, needs tmux/screen to make it usable.

what drawbacks made you switch away from xfce4-terminal?
is it features? performance? does it also pull xfce?

Well I just wanted as few dependencies as possible plus try something new.
Edit: I think I’ll give up on alacritty tho. Just like with urxvt it’s just not practical for any other purpose than cred on unixporn.

(Last post on this: I think it’s a Cinnamon problem: No matter what you specify as default terminal, unless it’s Gnome Terminal no terminal apps with icons in the menu works. Not htop, not ranger, not gtop…)

Would this be YATE, not to be confused with YAST starting with the same letters.

The latter is owned by Suse.