In one year there probably is no real reason not to use wayland/xwayland.

We’ve been hearing this exact line uttered since since 2008. You have to excuse our scepticism.

Wayland doesn’t work for the majority of people. It doesn’t work fully on Nvidia, lots of software doesn’t work with it such as video recording, It doesn’t work on a lot of desktops and or distro’s. It isn’t the Norm. Xorg is the norm. Maybe someday it will used more but right now no. It’s actually not used that much when you compare it to xorg. It’s miniscule in comparison. Someday…maybe?

I welcome Wayland’s efforts to provide something that improves what Xorg provides, but until it does then it should just remain a project, nothing more. It has to give a complete universal and complete solution.

That is a very broad statement.

Wayland is Gnome standard on Debian and most other Gnome distros. Gnome and KDE support eglstream, so it also works with NVidia. GBM support is soon coming, so that should also be nice. Although I have to admit, KDE is still a bit “bad” in the wayland department in general. But compared to a year ago they sure have done A LOT.

The devil is in the detail with the things you mentioned. And keep in mind I said in one year, not now. There sure may be specific cases but for the majority of users it will run just fine. Especially with an AMD GPU, after using wayland for one year, I can only see some special programs making you stop using wayland.

What exactly do you mean with video recording? Screen capture? If yes, that works with a lot of programs these days.

How about we ask us the more interesting question? What does work and is it enough that we can use xwayland as a bridge for the remaining programs?

And that’s something you only can answer if you actually try it. Running around and assuming that wayland doesn’t work for yourself is no proof. So if you didn’t try it, how do you know? Because it doesn’t really sound like you actually tried it in the last few months. Or am I wrong?

Just to remind you, I am not saying it’s perfect and will be working for everyone. But I am pretty sure that it will work just fine for the majority of users (especially terminal centric users) and it will work even better in one year. The only question is, if people are willing to use xwayland as a bridge.

wayland is stil not there… but i think lot better then some years back… as with nvidia improves a lot… but it wil be always the same at each update with nvidia… with X’21 update some abi wil be changed and wil also some nvidia drivers break i suspect. if that with wayland change i dont know only future can tell

A serious question: is there a Wayland alternative for xeyes?

Until they figure that out, Wayland is just unusable. Sorry.

I actually opened a new thread for that, I’m genuinely curious:

Alternative for Xeyes that works with Wayland Applications

A dead serious question (even though it may not seem so). Is there an xeyes version that works on Wayland? Is such a thing even possible? If I’m going to use Wayland, I need that…

It’s not a broad statement it’s fact. Wayland is not there yet. Until it can overcome all obstacles. It’s not going to be the norm. It’s not going to replace xorg anytime soon. It may be used on some desktops and it may be optional on others. It’s like Nvidia. On some systems using Nouveau is preferred because it works better. Nvidia is not the norm just because it has Nvidia hardware. Xorg is the norm because it works. It too can have issues with certain hardware but it’s been around long enough and has a history so most stuff is documented and new hardware can be implemented because of this history. They know how to make it work. I don’t think most people who use i3 are going to make the switch to Sway just because they could. Having Wayland as a factor isn’t going to make them do that. There would be more reasons than that to want to switch. I’ve used Wayland on KDE, Gnome, and Sway. I’m not ready to use it in it’s current form. I don’t believe in 5 years it will be the norm. Just like GRUB will disappear soon?

There are lots of technologies. Which one you use is a matter of choice sometimes. Not always. Not with everything. Things will change as they do everyday! Right now my bet is on xorg sticking around for some time yet. I might be wrong. I’m not going to argue about my opinion. That’s just how i feel about it. No one else’s opinion is going to make me change my view of it. It will have to be a fully working and supported Wayland to be the case. Which isn’t right now!

Lots of things don’t work in Wayland. I don’t need to explain or justify my opinion. It’s fact.

opinion is not fact lol

That sentence contradicts itself in 3 words

You are just always saying “wayland is not there yet” while I have one year experience with a lot of different problems and programs to say, it is for the majority of people. Almost everyone not running Nvidia will have no problems running wayland/xwayland and have a normal desktop experience.

I gladly take the point that people won’t use it as much as I hope, because there are probably enough people like you out there, who simply don’t care or don’t want to.

Also I want to remind you, that Xorg does also not work with some new functions anymore, while Wayland is providing them. Wayland will especially be important for a lot of newer hardware.

I have no idea how you can talk about facts, that Wayland isn’t there yet, while some of the main distros even use it as default.

Ill just say I enjoy wayland and have yet to run into a situation it cant handle since switching to it.

A lot of anti wayland sentiment comes from old information, an expectation for it to be like X11 which it isnt meant to be, or just plain misunderstanding what wayland actually is . Arguing against people with staunch stance against it is beating a dead horse as youll never convince anyone of its merits.

@I0F Ill tell you now, youre just gonna get exhausted arguing for it, use it and like it if you want to but talking about it with people usually just ends in you slamming your head into a wall till youre unconscious.

EDIT: as far as im concerned use X11 or Wayland it doesnt really matter. Whatever works for you slap an approved sticker on it and be happy. Just dont run X server as root

It is always difficult to simplify a complex task, especially one which has significant years being done a different way! Theoretically we live on the bleeding edge here - and even we aren’t ready yet!

Most open source developers have to look for documentation and such things. wayland is probably 90% on its way but when time will pass more program wil get there counterparts also. if you see how the speed of xorg is here and the developing speed of wayland, i trully think they have it but stil not ready to move as a linux general… mayby there comes a path… but happy its not a agressive strategy

wayland is probably 90% on its way but when time will pass more program wil get there counterparts also.

“If its not useful all the time its useless”

I.E most people arent worried about color management so the wayland devs mostly havent cared about it till some folks who do have come along to work on it. This isnt to say X11 is good at it either but better than wayland thats for sure.

That kind of mindset is a very good way to keep the linux desktop lagging behind.

my issues of wayland is , would it become more a mindset of gnome

if can’t fix it then remove it mentallity

if can’t fix it then remove it mentallity

Wayland to my knowledge has a pretty high bar for things to get added and the ability to maintain code is one of its driving forces so I dont think thats a worry.

My Nvidia GPU that wouldn’t suspend properly on X11 now does so just about perfectly with the 470 drivers with Wayland.

Touchpad gestures out of the box are great.

Currently Xfce, Mate Cinnamon and a lot of other desktops and WM’s don’t support it. As i said Wayland isn’t there yet!

@ricklinux
If I wanted to be a stickler, then i could just say Wayland is there, the DEs just aren’t. Gnome and KDE Plasma do have Wayland support for a while now while other DEs are pretty slow at adapting.

That’s also the misconception in all of this. If people talk about Wayland not working, it’s usually not Wayland that is the problem, but rather the stuff that should be using it. Because Sway, Gnome and Plasma are the best example that Wayland is indeed working.

wayland is probably 90% on its way 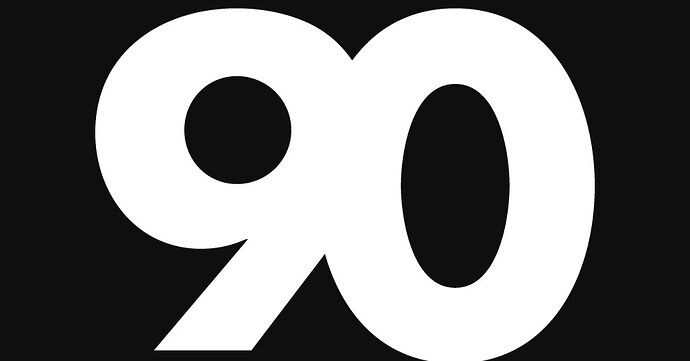 The Ninety-Ninety Rule — Tools not Rules

I never said it didn’t work. It doesn’t work on everything and until it does. It’s just not there yet. I’ll stick with Xorg until it is. It’s not going to be tomorrow.