Why use EndeavourOS now that Arch has an installer?

Big fan of EndeavourOS (and Antergos before), but also a minimalist. 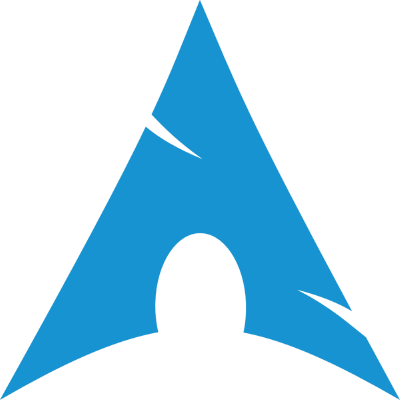 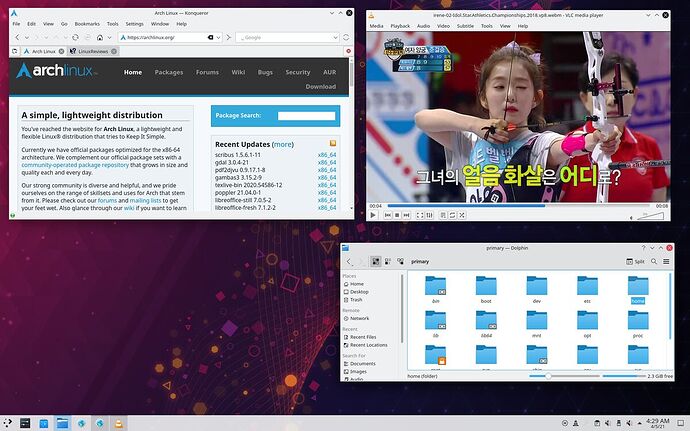 Testing it as I speak. So first thing that jumps out at me, it doesn’t appear you can create individual mount points with the installer, giant single / installation only.
Also choosing to install a DE installs the WHOLE DE, not just a MINIMAL DE.

I’ll stick with Endeavouros so that I can (easily) have a separate /home partition/drive, and also so that I can install it with Plasma, but with only a very BASIC plasma, not the whole hog. It’s improved, but not enough to use IMO.

In general i think reading the Arch/newbie and the forum and in general may be more entertaining.

Arch is clearly pivoting to be less snobbish and more inclusive posture. We should applaud this as They are the bedrock Endeavouros is built on! As are others. In fact most of us have “pure Arch” installed the “Arch Way” … good. There are a lot of smart folks here.

This forum on its own is a reason to stick with EnOS.

Righto, off to get the ISO and do a test VM install.

no in keep with their Philosophy

+ if think you get a warm response when ask for help ? i say "good luck "

if you want Vanilla Arch " https://wiki.archlinux.org/index.php/Installation_guide "

In the April ISO.

I have used the Arch Installer. It is limited at the moment but a few YouTubers have installed KDE with it. It is only for UEFI and Systemd-boot (which is fine for me). I tried it twice to install AwesomeWM on my spare computer. It works, but when I tried to add alacritty at the point where you include other apps, the install failed. The second time I just added a few basic apps and everything installed well. There is no option for a swap partition. Later I discovered that not all of the Xorg apps were installed, but that wasn’t a big issue. I liked the fact that you can opt for an encrypted root drive and it worked perfectly.

Overall, I liked the installer for doing a quick and dirty install of the main elements of an Arch installation. I can do a manual vanilla Arch install in under an hour ready for a desktop or a tiling window manager, but I enjoyed letting archinstall do it for me.

Tried it twice, crashed twice. Not a great start.

Disclaimer : Thoughts here are my own.

Endeavour OS filled a niche that had been long empty. A distro that didn’t exactly focused on being beginner but was also not “targeted” to a small group of power users. So, this distro will not lose relevance even if Arch gets an installer.

The forum is imo the biggest plus of this distro. I believe its going to be very tough for any distro to replicate the kind of forum we have here.

Arch will still let you have total control of your system. The installer is automating the stuff you anyways would’ve done manually (in most cases). Endeavour OS too gives you a clean and minimal installation, with total control. There’s one bit extra - the theming and dotfiles in case of wm editions. (Keep in mind - nothing is forced down the user’s throat. You can chose to not have Endeavour OS theming if you like it that way.)

Finally - I want to be committed to the distro that helped me elevate from the newbie status. People have been kind. I gotta return the favor.

My thoughts on the Arch installer - Not yet tried it. Its a new thing so it can certainly have bugs. And I trust that the Arch team will follow on the user feedback and improve it. What I don’t want is Arch transforming into a beginner’s distro. Its good to see greater adoption for sure. But every product has an expected type of userbase for whom the product is ideal. People outside this group usually cannot appreciate the product.

I do applaud the effort of the Arch team trying to get into a new direction. Also, in my opinion, it is a part of the Arch community, not all members because there are friendly and helpful people out there, that gave Arch the snobbish image.

Arch changing the installer a few years ago, because they HAD a more friendly installer in the past, did encourage the “I use Arch btw” vibe.

It is going to be a hard task for the Arch team to change the atmosphere within the community but it is doable. I am convinced that, given the recent change of wind in the Arch team, they will succeed in that. They already are showing more openness to the outside world, the only thing that was planned unfortunately was the launch of this installer. They could’ve waited for the Easter weekend or something.

Ultimately, in the most positive outcome, it will mean that this project is going to get redundant and when that day comes, I will be the first one to admit “defeat”, meaning the community is comfortable by then to join the Arch community and in the end, that result is all for the better for GNU Linux in general.

I will be the first one to admit “defeat”, meaning the community is comfortable by then to join the Arch community and in the end, that result is all for the better for GNU Linux in general.

Please no. This hurt.

We will always love Endeavour and like stupid lovers, we’ll keep it alive.

I will be the first one to admit “defeat”, meaning the community is comfortable by then to join the Arch community and in the end, that result is all for the better for GNU Linux in general.

They’ll never manage to create installer my granny could use…

This is the correct answer. The community here is by far better then any other.

the community is comfortable by then to join the Arch community

Why not the other way round?