What is vt and how does it work?

I was researching an issue with my EnOS install and I’ve run into a problem:

I read the suggestion (third reply) by @xircon on this post:

Keyboard and touchpad not working Installation

I have the aerobook ! It’s nice … fanless , so it’s quiet . It worked great for me … never really tested the battery life but i would say it’s over 8 hrs. Now back to my problem. I implemented the fix and everything seemed to work fine but now i can’t log in into my install

the keyboard and mouse do work though .

I was then curious to see what ‘vt’ means, so I hit ctrl+alt+f2 to find out.

Well, it’s a fullscreen version of the terminal, as far as I can tell.

(Does ‘vt’ stand for ‘virtual terminal’)?

So now I’d like to go back to my desktop environment.

How do I do that?

Edit: I just pressed ctrl+alt+f1 and to my delight, I’m back at my desktop.

Ctrl+Alt+F# are shortcuts for switching between TTYs.

TTY stands for TeleTYpe, it’s is the standard I/O interface for all POSIX computers. In the old days, on Unix, real teletypewriters like this beauty here, the Teletype Model 33, were used as terminals to interact with the computer: 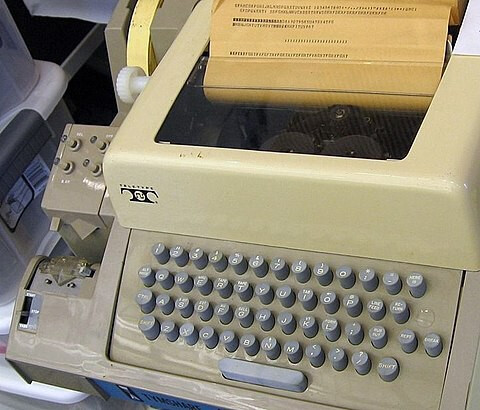 They are also called “dumb terminals” because they are not computers in themselves, just the IO interface (usually keyboard for stdin, and line printer for stdout and stderr). Since POSIX operating systems are multi-user, multiple users can use the computer at the same time, each using his or her own teletypewriter to connect to it via telephone line. Nowadays, we don’t use actual teletypewriters, and we’ve replaced line printers with monitors, and now the terminal IO is handled by software emulated TTYs, and your EndeavourOS PC has about 70 of them (they are all in the /dev directory). You can switch to some of them using the Ctrl+Alt+F# shortcut.

If you are using KDE Plasma, and SDDM as your display manager, your GUI session will typically be on TTY1, so you would use Ctrl+Alt+F1 to switch back to your default GUI session. On some other desktop environments, the GUI session can be on TTY7.

I have just 53, somebody stole other ones

You can use 90 year old teletypes to login into a modern Linux distro:

Yeah, there is no reason why you would not to be able to. Linux is POSIX compliant

Also, in a situation like this, ed really shines as a text editor.

Marc helped repair the original Apollo AGC computer, he has a whole series of videos about it, highly recommended.

@Kresimir & @anon31687413: this was a fantastic eye-opener and a pleasure to learn about. That video was great. I was dimly aware of the phrase teletype but never knew what it meant

It’s a little before my time. The first computer I ever used was my Mother’s Macintosh LC in 1994… when I was 4

A friend and I got onto the topic of old computer hardware a few weeks afterwards and I said to him:

“Ever heard of a teletype?”
“No, what’s that”
“Before we had computer monitors they were used as an I/O interface for computers”
“Oh, right…”
“Yeah, they’re like a typewriter that would type back”

One of my earliest programming projects was to try to emulate a VT100 on a Commodore C64. WOW! Cursor control!