Downgraded to 21.04.3 and the difference is light and day. Fast, snappy and no jagged artifacts.

This is the problem with community projects like KDE … change happens for the sake of change and not because it is needed or warranted.

But yeah, that’s bloat for you

I’m not having any of the issues you described, but I’m on old hardware (HP Elitebook 8460p, circa 2010) with integrated graphics. Maybe related to your graphics card?

I don’t have those issues either. I’m on a Dell with Intel graphics.

I am not seeing this either. If anything, it seems faster than it used to be.

There is definitely a difference in the up-scaling though. To be honest, I am not sure which version I prefer. The old version has less jaggies but is the image is much softer as a result.

For some reason, adding images to the forum isn’t working right now but here is an externally hosted comparison: 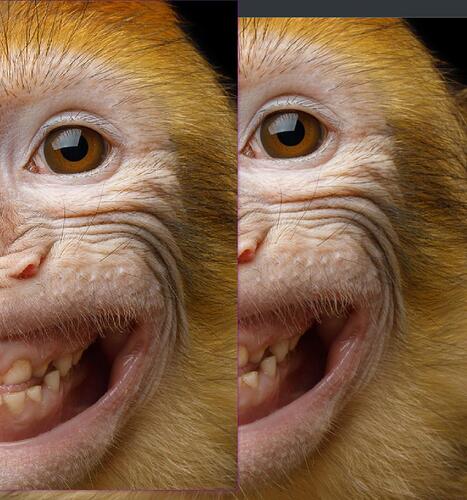 The image on the left is the new. You can see the jaggies easily in the eyes. On the other hand, the image on the right has some serious softening on the hair.

I don’t keep gwenview open and browse, I open image files singularly from a file manager to view.

Is gwenview now buffering / pre-loading images in a directory when the app opens? Is that how they have “improved” performance? I don’t think they are doing it as an asynch background task either.

Just opened an image in a directory with about a thousand images / memes / photos / wallpapers (ie sorting folder) and it took well over 5 seconds to load. The image was greyed out, no loading cursor or animation, and the app was unresponsive the entire time.

Progressed through each image relatively quickly, albeit with

scaled image quality, but the first one was a doozy.

Even in directories with fewer images the app does not load a single image instantly like the previous versions. There is a noticable lag.

There is definitely a difference in the up-scaling though.

Try scaling smaller images, it is horrendous, with no anti-alias option in the settings.

Gwenview needs to be more like Cher … she never changes. 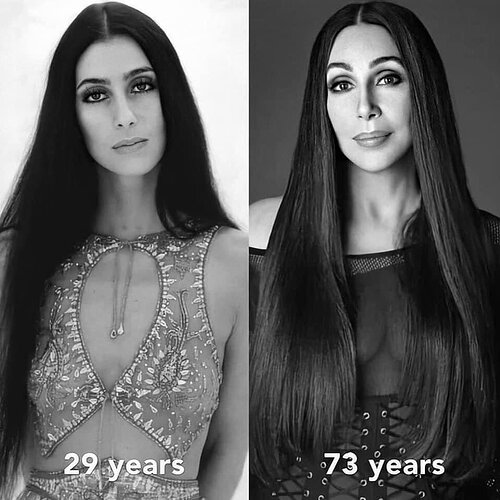 I know you’ve probably done this, but be sure the gwenview plugins and optional file type support dependencies are loaded. Maybe something changed between versions?

Maybe something changed between versions?

Easier just to downgrade for the time being and check back with future 21.08 updates.

I haven’t noticed any decrease in performance with Gwenview. It’s not the fastest image viewer in the world, but it never was.

Gwenview needs to be more like Cher … she never changes.

Seriously, it seems speedier on my system, so I am not seeing this. Have you tried clearing your system’s cache lately?

Just opened an image in a directory with about a thousand images / memes / photos / wallpapers (ie sorting folder) and it took well over 5 seconds to load. The image was greyed out, no loading cursor or animation, and the app was unresponsive the entire time.

I can’t replicate this at all.

I just tested it on a folder with over 1300 images. Go into file manager, double click on image. I can’t say which is fast because both versions open near instantaneously.