This is nothing to do with enos. I just want to know what good tv series to watch from the US side of the world or any other but in English.

I love crime stuff like CSI (they restarted the series … yey), Criminal Minds, House M.D, Good Doctor (new one not the old one), Game shows like Survivor, Then BGT, and AGT, Cooking MasterChef US and AU, Hells Kitchen, Also, watched Lucifer but kind of lost interest …

But anything related to crime, murder, or investigating things is my thing. Yeah, a little bit of horror too like American horror stories. Is there any other good stuff like I’ve mentioned to watch?

One of my all time favorites. - White Collar

Dexter is BACK!! …so highly recommend that.

Around the thanksgiving table everyone said I needed to watch Yellowstone, I think it is in the 4th season now, but I downloaded the 1st, haven’t started it yet, but will soon.

The White Lotus was good. Had a calm, methodical pace that builds and builds into a explosion of chaos, really good writing. Plus it had Jennifer Coolidge in it, who is always awesome.

Army of Thieves is a good movie, a prequel to Zack Snyder’s Army of the dead, which doesn’t really concentrate on the zombie apocalypse, but a heist during the outbreak.

If you haven’t seen it yet: Breaking Bad

It’s about crime but it’s so much more than most crime dramas. One of the best series I have seen. And I’ve seen a lot

With that preference I would recommend Bosh.

I think Evil and Dexter kind of got me hooked. Need to watch Dexter 1 first. And Bosh too.

And in the line of Breaking Bad: Better Call Saul. I waited some time before deciding to watch it, thinking that Breaking Bad needs nothing else, but now, if one more season comes, I’ll go watch it immediately, and I can’t say that about almost any other series.

There’s something about the USA/Mexico/Normal-life border (that I can’t tell if it’s real or construed, never having been there) that I really appreciate.

Fargo - TV Series on Netflix. One of my favorites.

If you can get it there, “The Mentalist” was a good series. It was on for 7 seasons.

Another good TV series was “Castle”, it was on for 8 seasons.

In addition to the many excellent suggestions already made, I’ll mention The Wire: 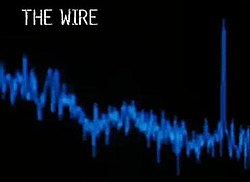 The Wire is an American crime drama television series created and primarily written by author and former police reporter David Simon. The series was broadcast by the cable network HBO in the United States. The Wire premiered on June 2, 2002, and ended on March 9, 2008, comprising 60 episodes over five seasons. The idea for the show started out as a police drama loosely based on the experiences of his writing partner Ed Burns, a former homicide detective and public school teacher. Set and produ...

All seasons of The Wire have received positive reviews from major television critics, with seasons two through five in particular receiving near universal acclaim, with several naming it the best contemporary show and one of the best drama series of all time.

There’s something about the USA/Mexico/Normal-life border (that I can’t tell if it’s real or construed, never having been there) that I really appreciate.

Another crime drama focused on the US/Mexico border (specifically, El Paso, Texas, and Juárez, Mexico) is The Bridge:

The Bridge is an American crime drama television series, developed by Meredith Stiehm and Elwood Reid, that was broadcast on the FX network, and based on the Danish-Swedish series Bron/Broen. The series stars Diane Kruger and Demián Bichir in leading roles, and co-stars Ted Levine, Annabeth Gish, Thomas M. Wright, Matthew Lillard and Emily Rios in supporting roles. The complete series consists of two seasons of 13 episodes each. The series debuted on FX in the United States on July 10, 201 The A...

A seductive crime drama, The Bridge draws viewers in with culturally conscious themes that combine intelligent mystery and spellbinding drama.

The wire is legendry mate.

Not really crime per se, but it has some elements of it:

Arcane was one of the biggest surprises in the last years for me. Most likely the best animated series ever made. I don’t have any League of Legends knowledge (which actually is not necessary at all), but the writing, the characters, world building, music and animation are just incredible. Don’t let yourself get fooled by the fact it’s a LoL based series. It certainly can keep up with all the big series in the past.

I have seen thousands of hours of crime series so I have quite a few I’d recommend. I have seen all of the CSI spinoffs, and a few other procedural shows and as that’s what you said you wanted I’ve included a few at the bottom. Having said that, I think if you’re a crime fan, there is a lot of value in looking past that kind of show.

These all deal with one case per season, and are quite well written. I would recommend them to most people. The Killing is an American adaptation of a Nordic show called Förbrydelsen, but the American version is on par if not better. If you like it and want more, this kind of show is called Nordic noir and there are quite a few available on Netflix.

These are all similar, so if you like one, odds are you’ll like all of them. Vigil takes place on a Nuclear sub, the others in various cities. Whereas CSI focuses on one case per episode, these shows all have one case spanning over an entire season and therefore have a bit more depth to them, in particular when it comes to character development.

European shows (don’t let subtitles scare you off, these are some of the best crime shows available):

Shows which do not fit elsewhere

’Whodunnit’ shows, where you’re introduced to a cast and over the span of a series find out who could’ve done the crime (similar to films like Knives out (2019) and Crooked House (2017):

Last but not least, since you asked for shows similar to CSI, here are a few American procedurals I’d consider to be a step above CSI but keeping a similar format:

I really liked Dark, some similarities with Stranger Things but darker

Some others have recommended Mindhunter, and I’ll echo that…really great crime show (loosely) based on real people and events.

Also, in terms of horror, I really liked Midnight Mass. It’s a cool twist on an old horror trope. It’s also on Netflix.

A couple of suggestions that are a bit outside of your stated tastes, but I’d still encourage you to try them: Black Mirror is a sci-fi series on Netflix that has been running for a couple of years and it’s really great, awesome writing. Also, you might like the Mandolorian (Disney+)…it’s Star Wars, but the writing is actually really good. I’m not a big Star Wars fan any more but I really liked it.

1970’s and therefore somewhat cheesy but very enjoyable, at least to an old fart like me.
Colditz; The Tomorrow People (original one); UFO; Blake’s 7.

Where you can watch these, or download them from, well I leave that for you to explore…

Money Heist is absolutely the best series I have every come across, definitely #1 on my top 5. Sadly, season 5 and the series ending will be released in a few weeks. I hear there are rumors they are branching some of the characters off to their own series. You can also find dubbed versions in English, btw.