This repository for EndeavourOS contains packages compiled specifically for it. How to proceed with the installation:

Let’s add the repository in pacman:

We install the EndeavorOS Settings Manager 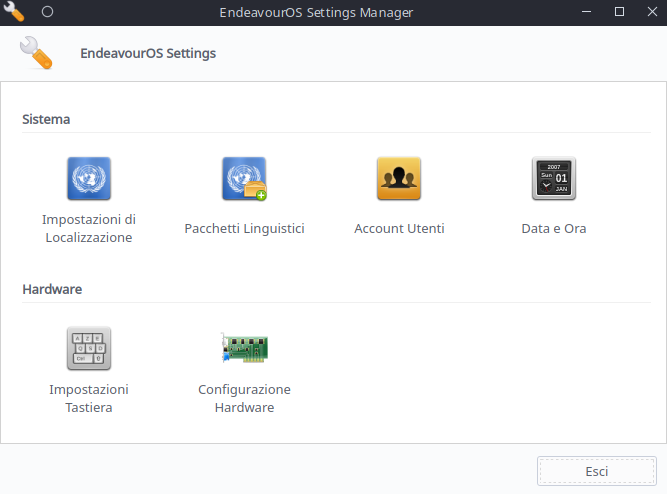 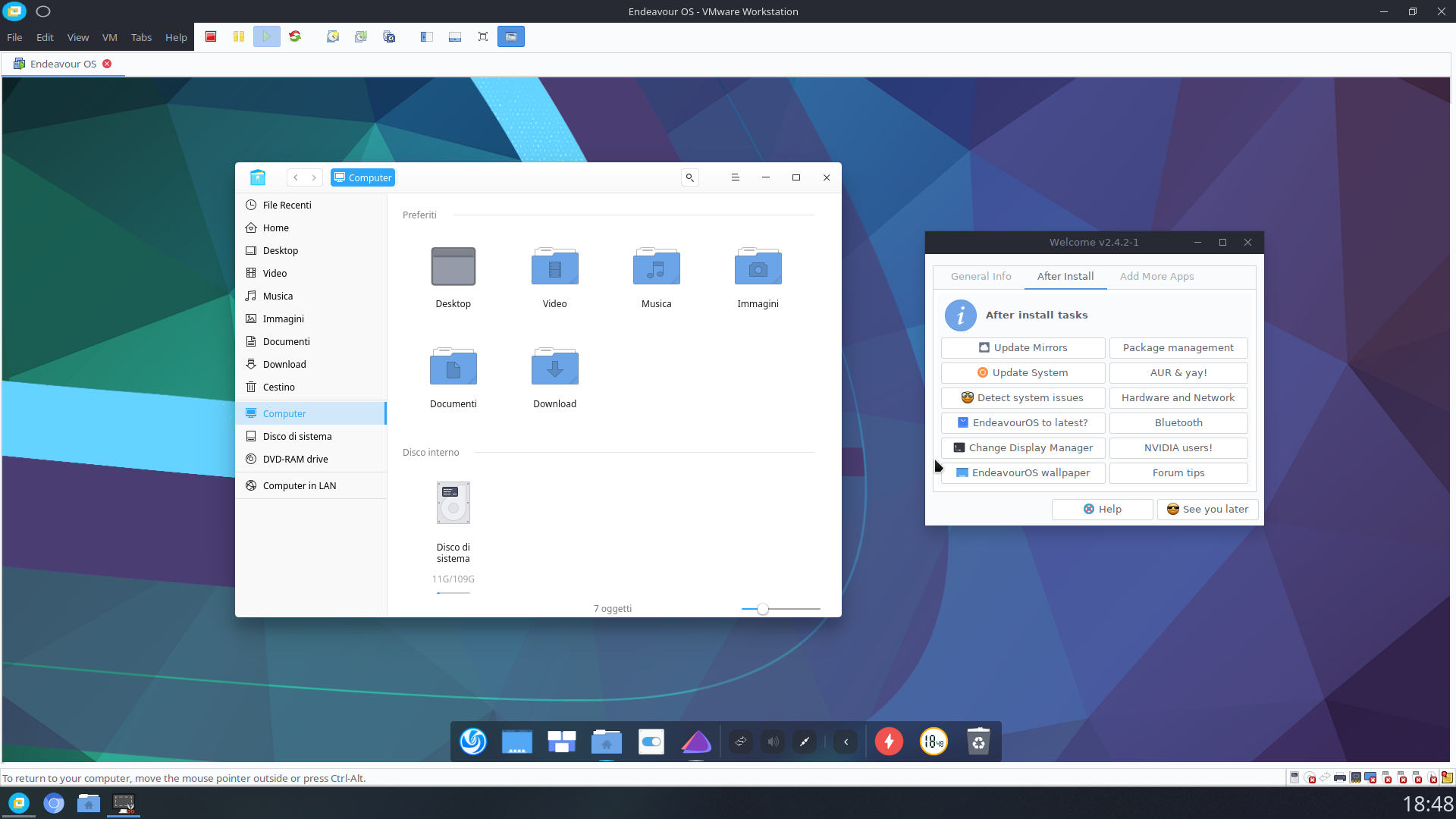 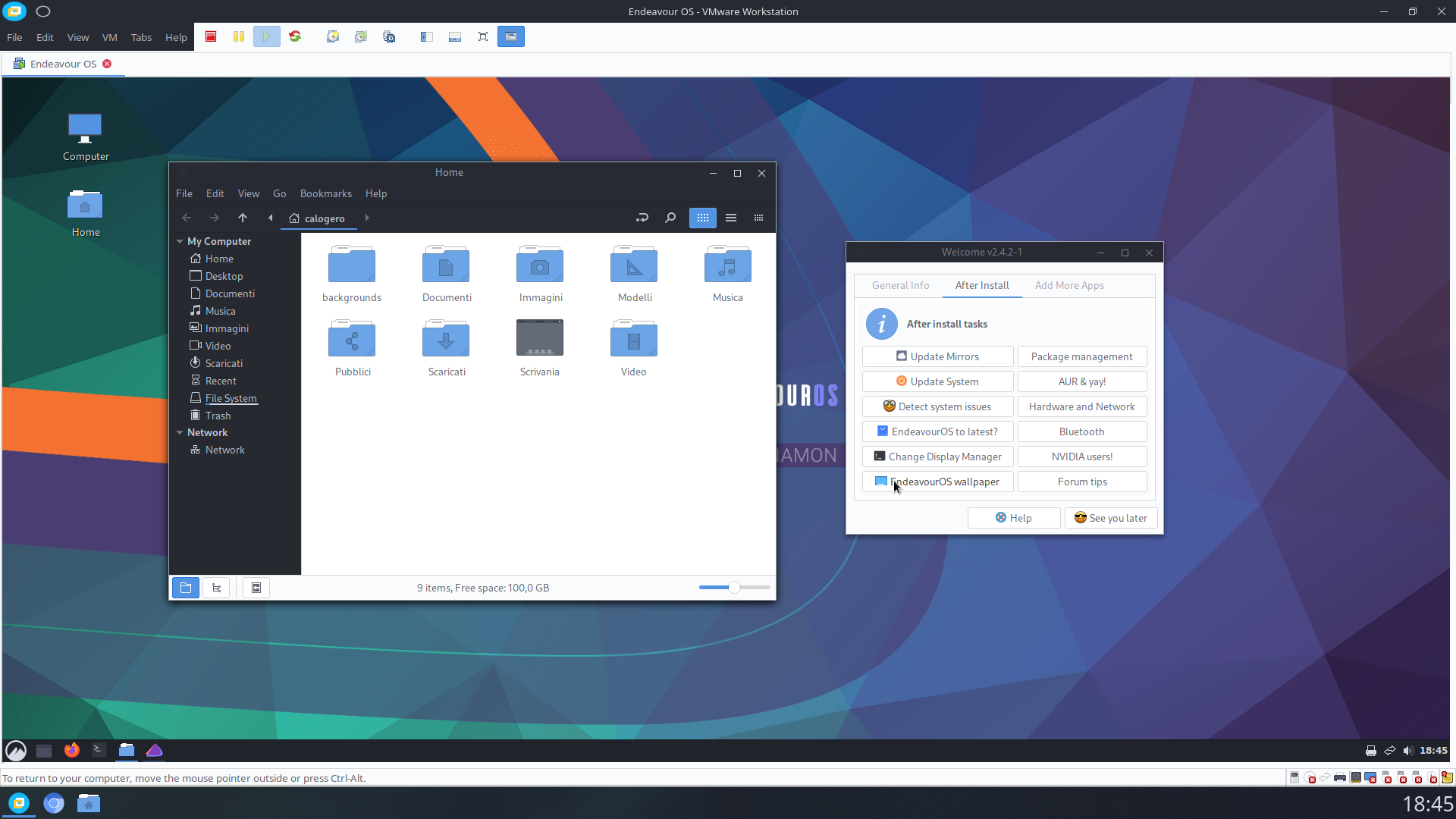 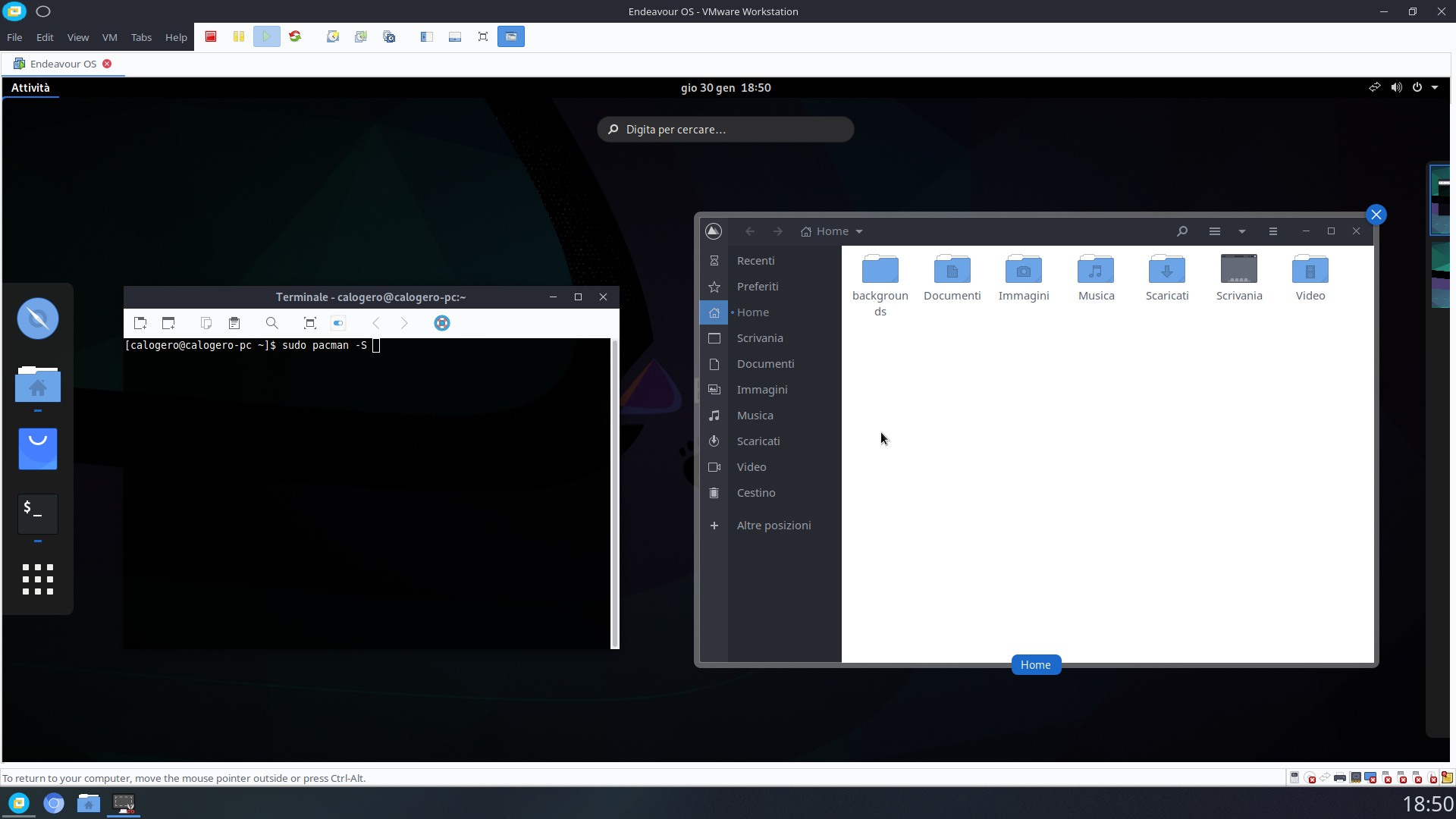 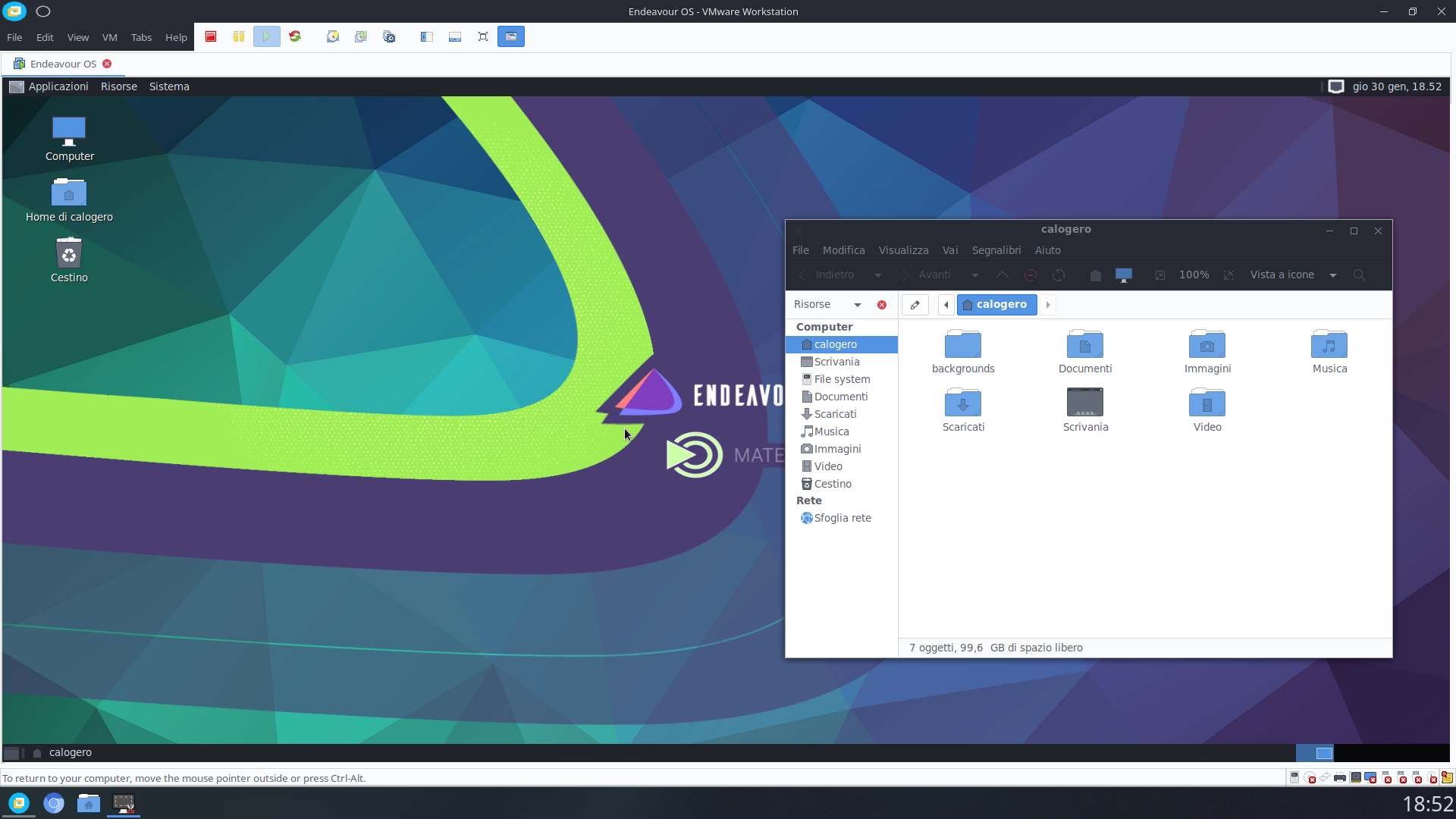 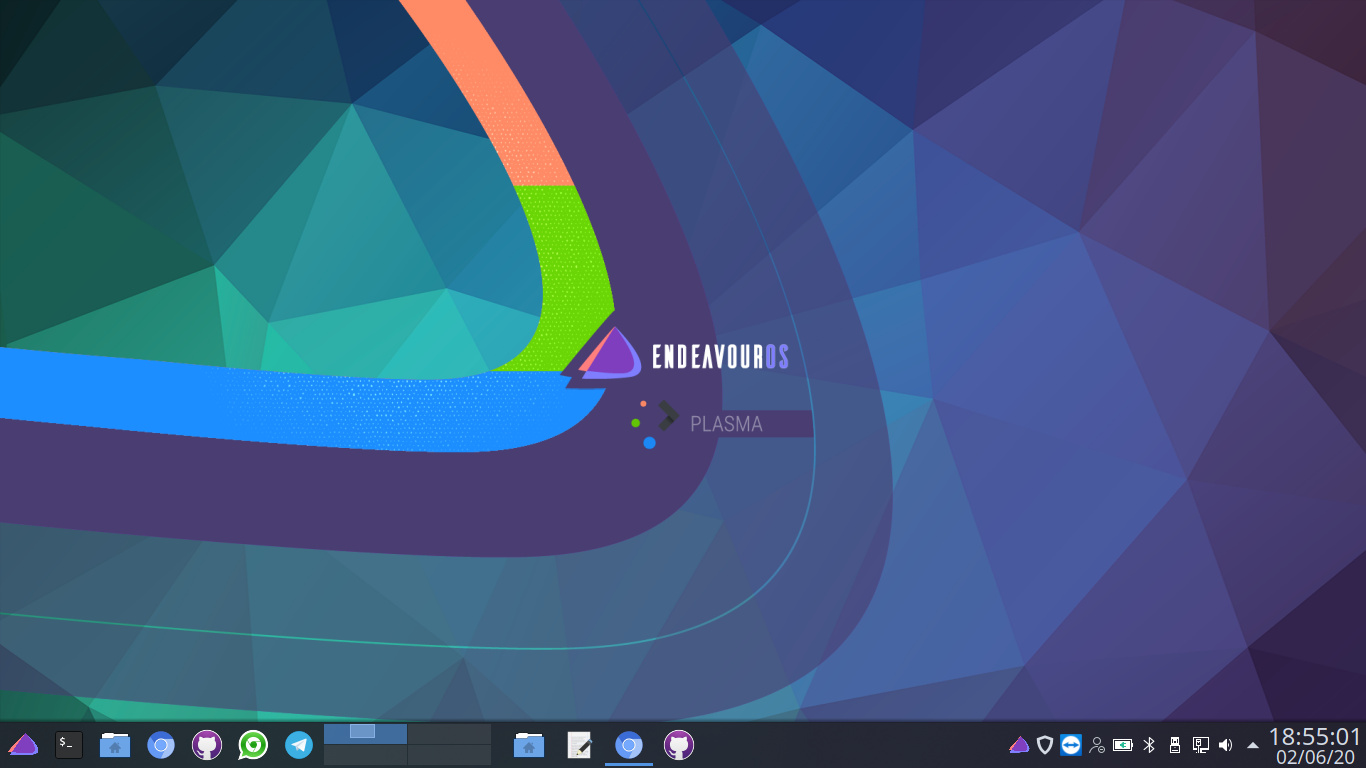 Unofficial respository EndeavourOS. Contribute to specialworld83/repository_eos development by creating an account on GitHub.

is that mhwd you have there ? 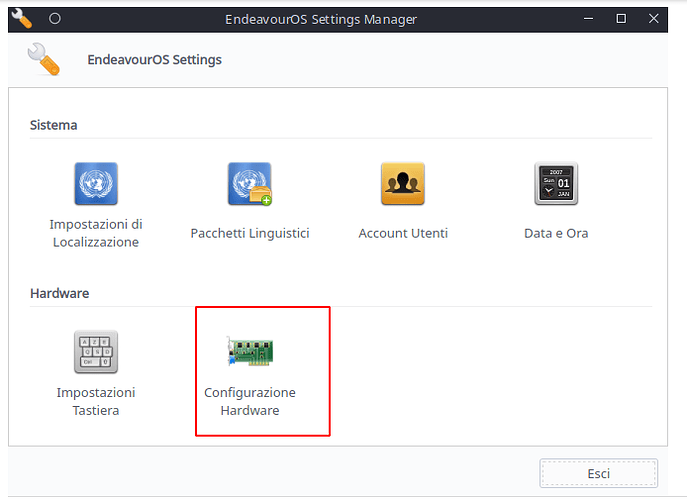 did you bring that in with your repo? if so, can you also bring in their pamac snap plugin ?

I feel the need to point out this repo still has some of the same problems it did last time you posted this.


Until some of these issues are resolved, I would strongly recommend people think twice before adding this repo to their systems.

Hmm I thought there was some adaptation of those packages… simply taking Manjaro’s packages is not a good idea. On Manjaro you get a tonload of updates once a week or once every 10 days instead of the trickle-pace you get on EOS. This means there is always the possibility the Manjaro packages will not play nice with packages from EOS, since they are not in sync.

Personally I’d not use this repo. It’s one thing to add AUR packages to a repo and have them served the same way as official packages for convenience (not fumbling with AUR package managers), and another one to add foreign custom packages from other distros. Packages witch are distro-speciffic, instead of designed for general use.

Sorry @specialworld83, this repos simply does not look right to me. What I more strongly dislike is the name of the repo:

I’d reserve the EOS-repository for the official repository [if there’s ever going to be one] as a courtesy to the EOS devs and maintainers.

If I were to pick a name for my own custom repo I’d name it somewhat more creative like “Nate’s EOS Repo” or, if you really must, “Extreme-EOS-repo”, but not something that is exactly the name that the official repo would have.

The goal here is not the let anyone believe that this thing is officially sanctioned by EOS. Especially when there are some security and trust issues like @dalto mentioned. This proves good-faith and respect to the devs.

This being said, in the beginning I also felt the lack of an official Endeavour repo and missed it. Antergos had one and it was useful. However that also contributed to Antergo’s death. It takes time and commitment to properly and reliably maintain a repo.

if so, can you also bring in their pamac snap plugin ?

Will that work? I would think you need pamac compiled as it is in Manjaro to support the plugin. Although, I have never actually tried it.

Alternatively, the AUR package pamac-aur has options that let you enable flatpak and/or snap support. Probably worth noting that pamac-aur-git does not offer this(although you could alter the PKGBUILD and add the flags for it).

peace and soul for your pc

Will that work? I would think you need pamac compiled as it is in Manjaro to support the plugin. Although, I have never actually tried it.

That’s what I’ve meant. I thought the packages were extra brewed for EOS consumption, not taken straight from Manjaro repo. I realised it’s not the case, so that’s bad.

I thought the packages were extra brewed for EOS consumption, not taken straight from Manjaro repo.

I think they are customized with the exception of mhwd. I am guessing the settings manager was modified but finding the changes isn’t as easy as it could be because the source is added to github as a tarball.

As anyone can figure I’m a Manjaro fan, but I don’t think this is the right approach to bring some of their candy along to EOS. Open source is beautiful exactly because of the transparency and honesty it enforces.

Changed the name of the repository, released the code that was inside the tar files.

Inside the folders the source code is also available, the fix for mhwd will be released shortly.

Those are scripts called by mhwd. You can see what it is in them by looking on your system or in gitlab.

For example here is video-hybrid-intel-nvidia-440xx-prime

Keep in mind, that Manjaro and EOS/Arch have different packaging for drivers so the scripts need to be modified to support the correct packaging on EOS.

@dalto Fixed the problem of EOS settings manager and now use mhwd-garuda as suggested by dalto. Here is the report:

Nice, I will try it out in the next few hours.

I didn’t test every feature but mhwd seems to working and looks sensible. Now that you unpacked the tarballs, we can see what was changed.

Now that you have a working mhwd-kernel, you might consider adding back the kernel management to eos-settings-manager

Thanks for being open to community feedback!

I didn’t test every feature but mhwd seems to working and looks sensible. Now that you unpacked the tarballs, we can see what was changed.

Now that you have a working mhwd-kernel , you might consider adding back the kernel management to eos-settings-manager

Thanks for being open to community feedback!

Before releasing the update I will have to make a change to the code to look for the kernels both from stable repos and from aur.

@dalto However thanks to your suggestion it now works without problems. 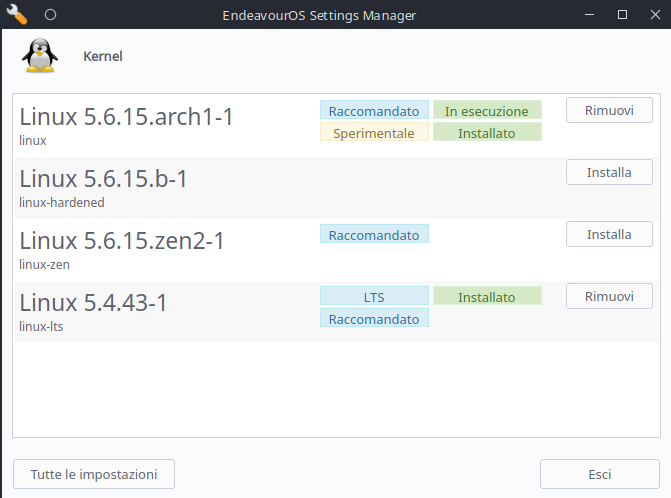 Kernel function available in the EOS Settings Manager. Now search the kernels smoothly from the repository

just for your info
we use dkms drivers with mhwd-garuda

so they will work.
all other dkms drivers are in arch repo.

Thanks for the suggestion, I insert them immediately