I have a problem in the game Star Conflict: black squares appear around the ship that look like exhaust, some kind of graphical element that’s not being rendered properly. It’s totally ruining a game that I love playing. The problem has been reported several times by Linux users to the game maker but nothing’s been done so I am trying to troubleshoot this to see if I can fix it.

Perhaps it’s not a game issue but a Mesa/Steam/Proton problem. The only problem is is that I don’t really know how to go about troubleshooting this. Where is the best place to start? What are the most likely culprits?

I have tried changing/toggling all graphic-related options in-game but nothing has worked.

Any help would be much appreciated. 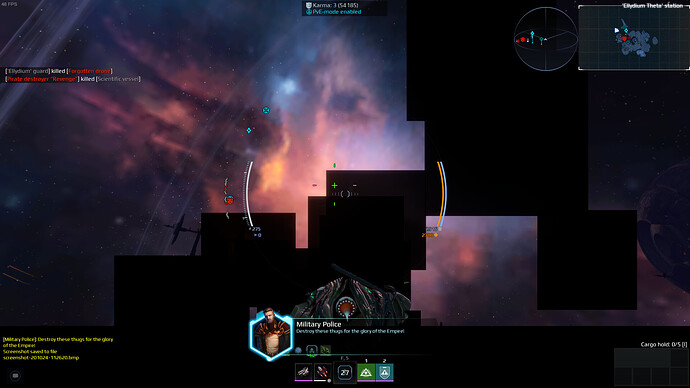 Could be an issue with Mesa, but difficult to tell.
You could try using mesa-git and see if it helps.
If not, you can open an issue on mesa bugtracker, but it’s also possible that it is an issue with Proton and/or the game itself.

Actually it’s probably game itself, since this happens also on Linux native version, can’t be coincidence:

Black squares propeling out of engines

The ship starts to expel black squares from the engines, is rare because is not a general map render issue, all other items are fine is only the engines from this ship and others in the game (but not all the other ships, the black square are only...

Are you running just the amdgpu module for graphics?