Todays update has broken Deepin (for me)

Just updated and after a re-boot i just get a blackscreen instead of my desktop but the menu bar is still visible (and works). Cant right click on the desktop (nothing happens).

Anyone else got issues ?

I can only repeat what i’ve said before, caused by previous update - still holds

Haven’t used Deepin in Arch for a while, but general advice for this DE: Keep an eye on their bug-tracker (with Deepin it’s always very good idea) If there are no issues related to yours, create one titled: [Arch] Title And mention @felixonmars if you need help urgent, as he’s maintainer of Deepin’s arch packages and most likely will give you fastest help at hand and push some upstream fixes…

i just get a blackscreen instead of my desktop but the menu bar is still visible (and works). Cant right click on the desktop (nothing happens).

I see the same behavior. Although, to me, it just seems like the desktop is broken. Everything else is working as well as it was before.

I think you will need to learn to accept problems if you want to run deepin on any Arch-based distro.

Maybe i should switch then … shame i quite like Deepin

All the major desktops are fine, the ones that are only backed by a single distro tend to be less viable on Arch (unity, deepin) though budgie is somewhat of an exception to this.

That would be more fair, Linux Deepin itself still have a lot of those problems too, Arch maybe just a little more frequent

The instability you see with deepin is the exception rather than the rule.

Here is a partial list off the top of my head

These are less stable(on arch):

If the layout and workflow are the reasons you like deepin you could always switch to kde plasma. There are themes for plasma and latte dock that can make it look and act just like deepin.

Problem is that i loved Deepin too and tried to help them for a year…No luck in the end.
There are no substitute really.

You can get similar looks in KDE and it will be more stable, but KDE is a very different beast…
It will be very hard to grasp at first, because requires a lot of settings.

Or you can go another road, build on top of something super-stable as Awesome WM yourself (obviously requires a lot of experience, since now you’ll be in full control of your outcomes) 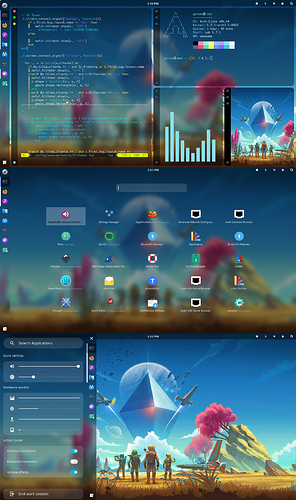 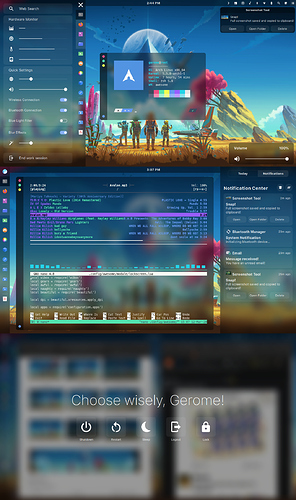 There are themes for plasma and latte dock that can make it look and act just like deepin.

Not really - looks are easy part, but consistency of UI, usability etc…You can’t really mimic that easily
Deepin was unbeatable in 15.8 times.

ukui - under active development, probably will be better in the future

It looks quite promising but it seems a bit unfinished to me. The easiest way to play with it is to spin up ubuntu kylin.

Openbox, obviously. Or ditch the DE entirely and switch to DWM, Dmenu and ST. Of course, that’s not Endeavouros, but I recommend you at least try it. OK, here’s another suggestion. XFCE is a very stable and popular DE. You can then install something like bspwm and switch between them via lightdm (just for fun).

I will recommend XFCE as I am an XFCE lover

Why is XFCE last

Why is XFCE last

Because that is how the alphabet works?

I think you will need to learn to accept problems if you want to run deepin on any Arch-based distro.

This is the truest thing on the internet. I think there’s more deepin issue help threads than virtually all other DE’s combined. It’s a good looking experience, if it works.

FYI
Deepin is beta software and has been for quite a while, my advise, unless your willing to report bugs and like wasting your time give deepin a wide birth. Do not use on a production machine.

I don’t mean to be disrespectful here, its just the way it is since V20

I and @keybreak came to the conclusion a while ago that reporting bugs and expecting them to get fixed was futile.

Make no mistake, It was hard for me to let go, no point beating a dead horse and sorry for the painful truth.