Tech-News On The Net

Your opinion is noted!
And moved to its rightful place >> ~/.local/share/Trash

But still it’s symptom, source of this disease is gullible idiots who don’t understand what makes cryptocurrency actually valuable, and instead of using knowledge base and tools to protect themselves, like reading BTC or XMR whitepapers - keep reading MSM crap…

seem to reside all over in managing whole countries, central banks, the stock-exchanges, etc. etc. etc.

…with most of 'em trying to fill their own pockets!

Of course, but that’s exactly my point - cryptocurrency (well very few of them actually, but it’s beyond the point) gives you an instruments and ability to have full financial independence from anyone at all, even from governments. Unless some madman would completely turn off internet worldwide, which is very unlikely so far.

That is actually the only real reason to use cryptocurrency at all, to cut loose of those idiots 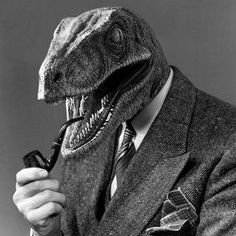 In so far, only in (duly marketed) theory!

Which leads me to think of other, historically failed utopias… like socialism praticed 100 yrs. ago.

(The blockchain’s been a pipe crap from the beginning, if you ask me.)

Well…Solely depends on how deep you personally wish to go.
Like i’ve said, if you’re smart about how and what you’re doing - it’s definitely very possible right now.

I may or may not live like that for years, but you would never know for sure

That remains so for folks looking outward (not inward)…

I don’t see anything remotely soycialistic about real crypto, unless you mean some new government issued surveillance social credit score currencies that will replace cash, cards etc, which

will surely do at some point…
It’s an open secret now.

But that doesn’t change the fact of your independence when using real crypto completely anonymously out of that loop, which you can “cash out” anonymously to whatever the <insert_new_fiat> will be acceptable anyway, as long as there are decentralized anonymous exchanges (in other words the internet

) exist, to outside powers such a transaction (at worst) would look exactly the same as someone sending some currency to a bank card.

It really doesn’t matter what form fiat money would take in the future.

However what i describe above clearly will not be used by everyone to create some kind of utopia, it’s just impossible coz people not reading BTC and XMR whitepapers along with Whonix manuals, instead most of them just fear-porn on good old NPC MSM train.

And that’s a real shame in my opinion, our world would be much more free if most people would just refuse to participate in money monopoly of governments, theft through taxes etc.

our world would be much more free if most people would just refuse to participate in money monopoly of governments, theft through taxes etc.

I know, and I wasn’t trying to get into these.

Instead, trying to point to our all-common source, the ‘inside’.

Trying an explainer:
What good is all money if our last shirt does not have any pockets?

No not really, coz as i’ve mentioned above that paragraph - it’s just not possible…

So that’s why i don’t even consider it at all, being pragmatic. Doesn’t matter at all what i or you think on the subject - that just ain’t happening, coz people are what they are and will be, it’s absurd idea to think that any knowledge would change nature of subject…Unless it’s a very very very very long run

It’s just a key to a right door, but no one can force it

What good is all money if our last shirt does not have any pockets?

Oh, i got you now

Telegram has complied with an order from the High Court in Delhi by sharing the personal details of pirating users with rightsholders.