Hello everyone. As the title suggests, I am about to begin conversation on traditional foods/drinks.

Here, in India, summer had arrived and is in early phase where temperature of my location is nearing 40 degrees !!.

In next 15-20 days it is expected that temperature will soar further, taking the temperature above 45 degrees. In India, due to varying geographical locations, every state experiences different style of summer. Thus, different cultures had derived different tradidional ways to counter it.

Below I am sharing An India map which shows variety of natural drinks which is used different states. 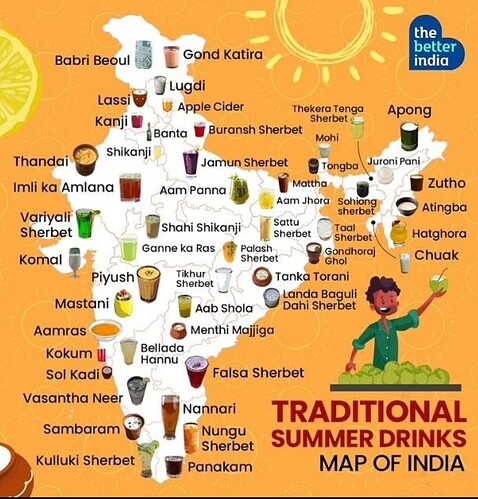 As you can see, there are variety of drinks across India. All these drinks are enjoyed even in nearby Festival( Holi ).
I want to know, what are the TRADITIONAL FOOD/DRINK(NON-BEER BASED) of your region which are regional specific ?

In short, TRADITIONAL( or SEASONAL) CUISINES WHICH ARE REGIONAL SPECIFIC. 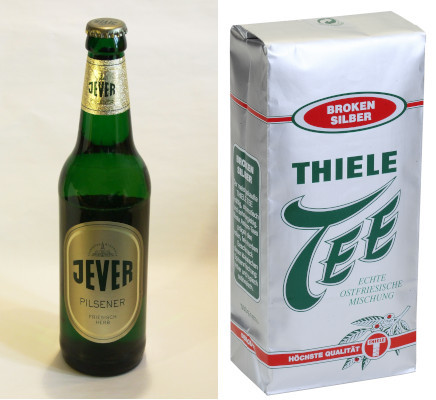 Local beverages: Pilsner and Assam Tea blends
But for me 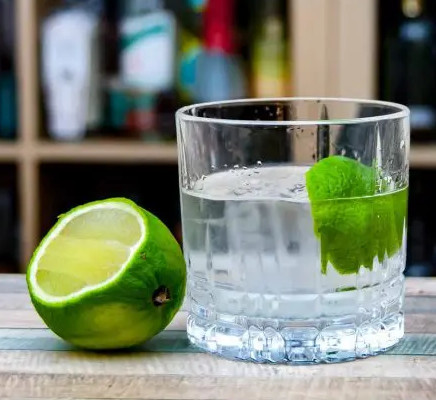 This beer is made in the region I live, but popular in the whole country and even abroad. 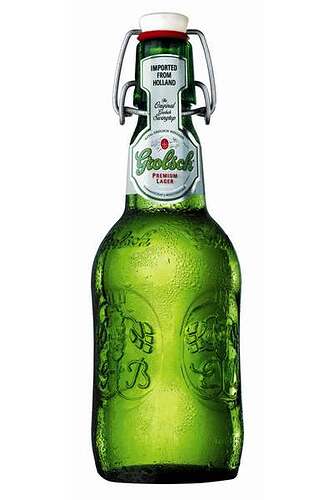 This is Croatia’s no. 1 beer (it says so on the bottle so it must be true):

Personally, I think it’s awful. I imagine this is how a homeless guy’s urine tastes, except this has way less alcohol.

That is why I drink imported beer. My favourite comes from Belgium: 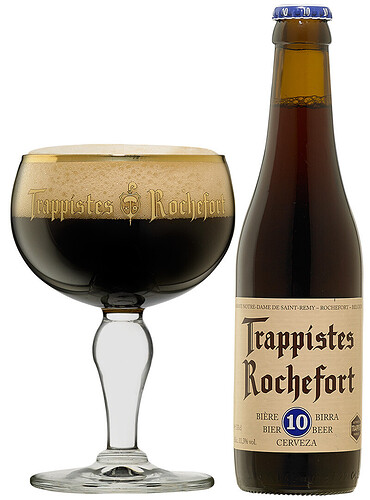 By the way, we already have a similar thread:

Let's have a drink together! What's in your glass today? EndeavourOS pub

So, I figured since most of us (well, myself and @anon3337769) tend to drink more than we probably should AND this is the EndeavourOS pub. . . What are you drinking on this fine day today? I’m starting my week off with my favorite beer to date. Peanut butter stout from Oregon USA. Cheers to you all! [20200304_183933]

Espresso on the Rocks! 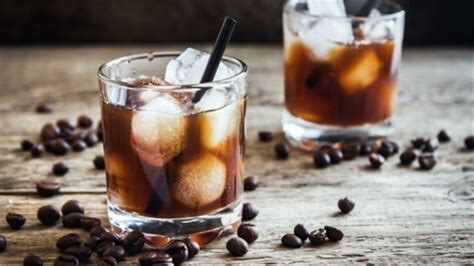 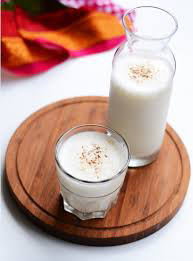 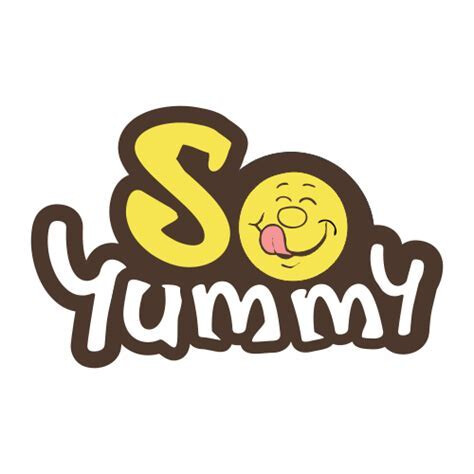 By the way, we already have a similar thread

Its a bit different. Here, I had focussed on seasonal drinks/foods, which are used on specific seasons only. The map shared shows summer drinks only.
Because summer is diverse.
And drinks here doesn’t refer to beer-based products.

We enjoy it in summer.
Also, as you might know, lassi is based on sweet curd, so in mid-day meal, we eat sweet curd along with regular meal in summer for soothing experience.

Presently, we are eager for arrival of mangoes 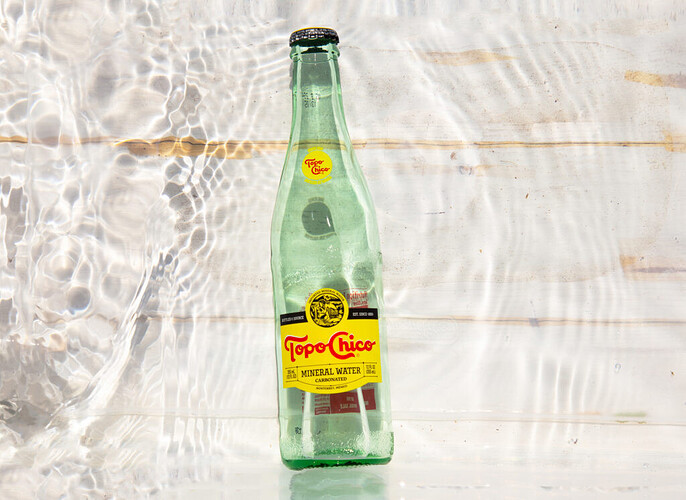 I also want to know what of local seasonal foods do people eat around the world.

I like the question - but it is currently snowing outside…so I’ll drink whatever isn’t actually frozen (and is potable, of course).

EDIT: and as for food, well - I don’t currently have teeth, so my regional food is Kraft Dinner…

I imagine this is how a homeless guy’s urine tastes, except this has way less alcohol.

Well, I guess I’ll just mark that one down on the “do not sample” list…

I am from Louisiana, and we have our own culture and food called Cajun/Cajun food. It contains dishes such as Gumbo, Étouffée, boudin, and other dishes.

In my travels being in the army for 10 years I learned never to eat Cajun food dishes that weren’t made by people from Louisiana because it will not be right. This makes me wonder if other regional dishes are made incorrectly outside of those regions, so I always try to make it a point to eat things that a place is famous for when I visit places that have a famous dish(barbecue in Memphis, for instance.) To compare what it tastes like outside of that area compared to the place that is famous for that food.

As far as seasonal food since Louisiana is has a large catholic population and celebrate lent boiled crawfish during lent is very popular since it is a seafood, and before that during Mardi Gras(fat Tuesday) they eat a sweet bread called king cake.

Have a trip to India

, and you will find lots of traditional foods in every states. 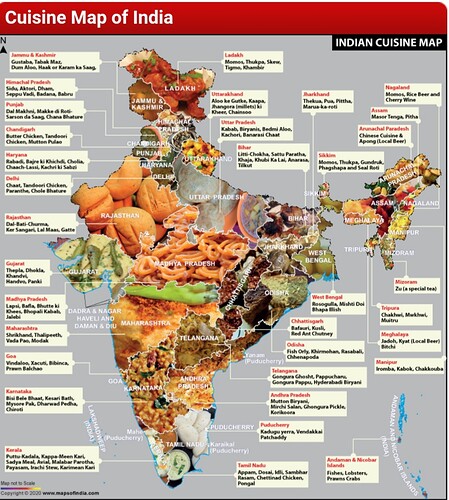 I am Indian and will share foods from every states.

you will find lots of traditional foods in every states.

Crazy true. At times I wonder who had the time to discover all those different recipe.

This makes me wonder if other regional dishes are made incorrectly outside of those regions, so I always try to make it a point to eat things that a place is famous for when I visit places that have a famous dish

Ah, same here. Many times you simply cannot get the right ingredients outside the region/ state, so the recipe changes, unless you go to a rather expensive eatery where they charge the premium for the authentic taste. In comparison, I find it better to actually visit the place.

And hey, we do this slight “change of recipe” even with out own traditional food.

we do this slight “change of recipe” even with out own traditional food.

This gives us a custom “tadka” of every dishes.

BTW, how many dishes from the map you had tried ?