Strange bug(?): The thread about installing Deepin on EOS makes every Chromium-based browser crash on my phone

Does it load other threads with a lot of responses? I’ve had a similar experience on Nvidia’s forum, which I think uses a similar layout (loads all responses as you scroll rather than page numbers).

Yes, I wish the only way to experience Deepin (in something like glory and not ashes in mouth taste) wasn’t to install Deepin/Debian. Of course the fact that the installer won’t use an EFI on another disk than the installation, kinda breaks the deal of keeping Deepin distro around (for me).
It is pretty, gotta grant that.

Works on my phone TM

@Celty : Yep, every other thread works, never had a problem until now.

@flyingcakes @inffy : OK, so I thought it’s maybe somehow connected to my phone. So I took my old phone (OP6), updated Brave and Chrome and strangely it works with Chrome but still crashes on Brave

edit: Nope, after a bit of scrolling Chrome also crashed

I think it has to do with the bigger terminal code fields in the thread, making the browser choke on it in combination with your phone’s CPU/RAM combination.
Chrome (based) can be very power demanding.

This idea also came to my mind. But I don’t want to believe that’s really the reason. My current phone is a Pixel 4a with “just” a Snapdragon 730G and 6GB RAM, but my OP6 even has a Snapdragon 845 and 8 Gigs of RAM. And I didn’t have any other tabs open. So, if that’s indeed the reason then Chromium is in a really sad state on mobile… But as I said, I guess it’s something else, never had this before and I browse the forum almost daily on my phone.

I also have the issue with chrome on my phone. Like you FF has no problem, which is my default on my phone also. 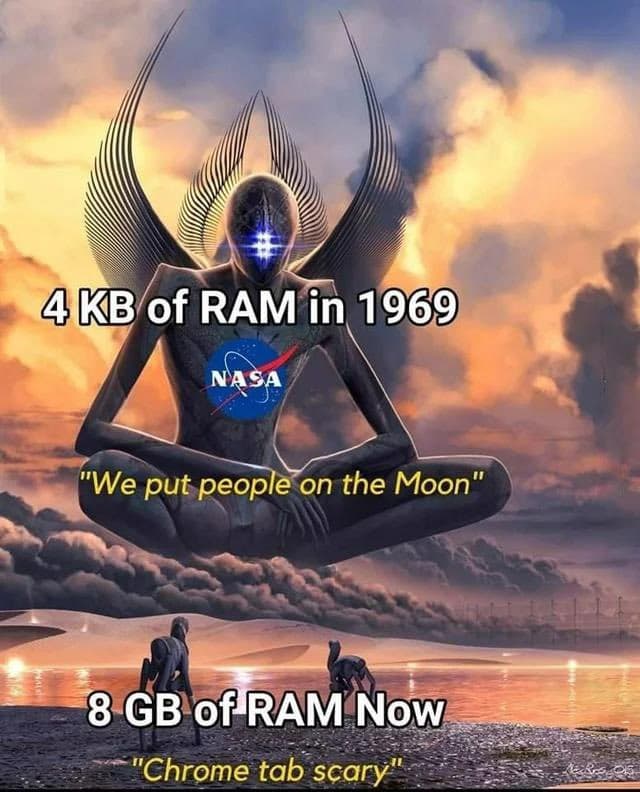 May I ask which phone you use?

I have the Motorola Edge 20 lite with the Mediatek Dimensity 720 and 8 GB RAM.

It’s a mid-range phone with average performance, I don’t care about phones tbh. as long as I can text, call and have enough memory to perform the necessary apps.

Since I know I don’t own a powerful high-end phone and I also have the issue on Chrome, I thought it would be related to the hardware.
That particular thread has a lot of “in scrolling” in the thread due to the code areas in it. I think Chrome handles it too sloppy, asking a lot from the CPU. But it is just a guess.

Hm, Mediatek, ok. I was thinking that it may be somehow connected to Qualcomm ('cause the Pixel 6 Pro mentioned here runs on an Exynos chip). Just a wild guesd, but well, nope.
I’m afraid we won’t find a solution here. Anyway, I’m eager to see if it ever happens again or if it’s really just an isolated problem. Thx everybody!

I’m impressed it works on my old entry segment smartphone. Mine is a Redmi 4 (Snapdragon 435, 3gb ram). And it scrolled everything on that page pretty smooth. Did not hang

For me, this is Discourse-related. I’ve had a few other threads here crash Brave on my Samsung A11 phone, as well as Diablo II threads on Blizzard’s site.

Has anyone checked any relevant support forum yet? (discourse, chrome, brave, etc)

Seems plausible, since I think Nvidia uses the same thing. This thread, for example, crashes Bromite for me as soon as I attempt to scroll down.