I might have messed my python installation (to many things not working and complaining with python related messages).

The question(s) now are:

some python packages need to rebuild if you got a new python version.

example, optimus-manager, if python updates to next version 3.11 example, it need a rebuild to that version

so any python packages from aur need to rebuild

What issues are you seeing exactly?

As you said virtual envs are a very good way to keep things organized. I highly recommend https://virtualenvwrapper.readthedocs.io/en/latest/install.html

You can also check pyenv if you want to have multiple versions of python installed.

If I try to run Lutris, for example I get this message:

While the first few lines are or appear to be Lutris related what concerns me is the problem with finding stuff on the python3.10 site_packages… Am I missing some package? Did I overwrote something with Pip or…?

Thanks for your time!

I had no idea about that! If it happened to me I would probably wait for the update…

I’m not sure that’s the my case anyway but…

So, with a quick search, it looks the issue here isn’t with your python install.
The issue is this

This is a python 3.9 import so I assume lutris is expecting python 3.9. Apparently collections interface changed in python 3.10 so it has to be like this now 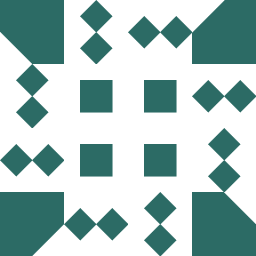 in VS Code ImportError: cannot import name 'Mapping' from 'collections'

A virtual env here would be perfect to handle this, if you’ve followed the virtualenvwrapper guide I posted above then you can do this.

This will create a virtual env with python 3.9 and it’ll work as it should.

i dont know what is in lutris, also lutris is also a kinda environment like steam, even lutris wine

Scratch that, I thought lutris was a python package that you were trying to install.
What does lutris -v give you?

I’m afraid it doesn’t give me anything… except the same (?) error…

Don’t know if this helps!

PS - And thank you for the virtualenv doc!

Can you try upgrading your pip installed packages maybe
run this and try again.

I had no idea I had so many pip packages in need of being updated!
Lutris now runs and I’m off to test other stuff with funky behaviours!