So I have been researching ways to put Linux on an external SSD (currently have a Windows 10). I was recommended Balena Etcher, but found some posts on this forum about previous telemetry/leakage issues and lots of bloat. I have heard it is fixed now, but still curious about alternatives.

I’m trying to find out if Ventoy has any “phoning home” issues. I know there were some false positives before antivirus could whitelist it, but not sure on the telemetry aspect.

Any opinions or alternatives would be appreciated. I like the idea of DD but it seems to be for those who already have a Linux OS, likewise with Popsicle. Not sure if there is a way to utilize it on Windows…

DD is available for Windows as well.

One of those alternatives is cygwin (https://www.cygwin.com) by RedHat devs. It brings you a lot of linux-like tools compiled for Windows. Cygwin is not a linux emulator. I have used cygwin long time ago, but not in a few years anymore as I don’t use Windows.

And there are some others, you’ll find them by searching the internet.

You can use Rufus on windoze. It works fine, and seems safe enough.

Also, you shouldn’t worry too much about spyware and viruses on windoze, since, by using windoze, you have already demonstrated that you don’t care about spyware. When it comes to violating your privacy, nothing could be worse than windoze.

Therefore, worrying that an image writer on windoze is going to call home is a performative contradiction. It’s like being afraid of getting burned on a flame of a candle, whilst your entire house is ablaze. 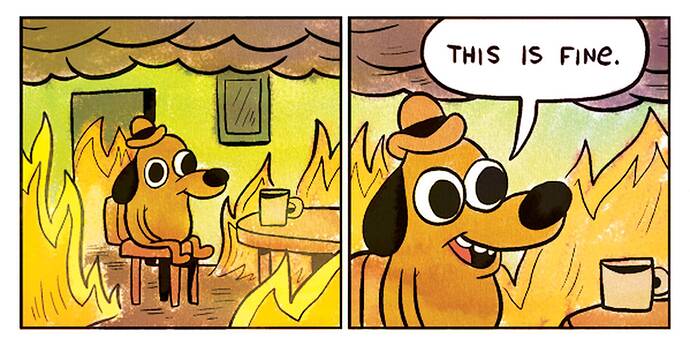 So, since you’re using windoze, you may as well use any program that works… Even Etcher.

I certainly wouldn’t go through all the trouble of getting Cygwin and dd working on windoze, just so I could write an ISO image to a USB drive. I’d just use Rufus.

Oh no, I didn’t mean my concern was about it being on Windows!

The reason I am trying to adopt Linux on an external drive is to get away from the telemetry and leakage of Windows. I wouldn’t want to swap one leaking OS for a leaking program.

My concern is that Ventoy would still “phone home” on the Linux OS since it seems involved in the booting process, not just flashing. I don’t actually know, so that is where my question is.

Interesting, I’ll look into Cygwin and alternatives in that same vein. A bit of caution with the commands and it shouldn’t be too bad compared to these GUIs. Thanks for the recommendation

Now, there could be a possibility of an image writer writing another, malicious image instead of the one you tell it to write. I am not aware of that ever actually happening, but it is certainly a possibility.

And I actually don’t know how I would verify a USB stick whether it contains an unmodified image, after it has been written. Checksums only work on ISO images.

That is interesting, I didn’t think about that but I’m going to add that to my concern now LOL

I was thinking along the lines of what Balena Etcher was doing with the connections to Google Marketing Platform, and all those other ones, even when checking the opt-out box. Ventoy seems to have much less bloat/smaller than Balena.

All this makes me think Rufus, DD and simple methods are the way to go, just for peace of mind.

I did get Ventoy to successfully set up LDME 4 just now. Really simple process

Just to be clear, as far as we can tell, Etcher never modified any ISO image and never added any spyware to the installed system. It just had telemetry – it would call home about the fact you are using it, and maybe what image you are burning.

Ah, I had used an external SSD instead of a USB stick - I linked Ventoy directly to the SSD and threw the ISO in the drive directly. Unless GRUB will replace it once I transition from the LDME live to actual installation (I haven’t done that yet, just played around in the live OS).

It’s much simpler to use a USB stick, since you can just unplug it after the OS is installed.

Ah I see, so once the OS install occurs on a different partition, I can delete the Ventoy partition at that point.

Ya, I’m starting to think the USB stick would have been the better idea, a quick unplug and that’s that.

Yeah, installation instructions are there for a reason…

Sure, you could do things differently, but be prepared to solve any problems that come up.

Haha, I watched four videos on the Ventoy installation, read the guide and still missed that I could delete the partition afterwards. I’m just not used to something taking over the booting and making those secureboot connections like that. Figured it was “part of the family” at that point.

My advice: burn the ISO image to a USB stick. Since you already have a bootable LMDE live image on your SSD, you can use it to do so (using dd or Popsicle). Then boot from the USB stick and repartition your SSD (nuking everything on it in the process) and install Linux on it.

Oh good point, now that the LMDE is there and it is workable (can use DD or Popsicle) and go full circle.

I’ll do exactly that! Thanks Kresimir for your help and patience

If that works, let me know, from your new Linux system.