May i know why some of my post is listed as "post hidden by community flag " ? what does that means ?

When someone writes something really stupid or inappropriate, other users will flag it. If it is flagged a number of times (or more often, if a higher trust level member like a moderator flags it), the post gets hidden so that others do not have to look at it.

I know exactly the post @andrew_ysk is referring to. I’m a bit sad because his post was flagged and it wasn’t anything inappropriate on it, nor “stupid”. It was a simple, valid question, and it had nothing wrong with it.

So if it was user flagged, it saddens me that there are users pushing away new users. That doesn’t help the community grow and promotes elitist behavior that has destroyed other communities in the past.

i only ask what i don’t know. that’s all. i really have no time to play stupid. but i don’t really care if somebody dislike. because i will ask on LQ forum if i can’t get answer from here. used to this kind of stuff. we, human being are never perfect like God.

How about we start a topic to ask only stupid questions

Just remember
There are no stupid questions…
Only stupid people.

I wish we could know the reason for the flag? I flagged one of my posts and it came with a clear menu to categorize as to why. I see no offense. So it is hard to “accidental” flag a post.

Hopefully a mod will communicate with the flagger and do some mod magic to your post.

yano… there are some time some ppl might call it stupid, but the person who asked might not think it is stupid. he might just got his own reason or confusion…
and there are some computer illiterate … or some old folk … so… that shouldn’t be call stupid, if we are tolerate enough, the good virtual of Lord Jesus…He judges no one, full with mercy and compassion. yet He judges evil forcefully… , now that is good virtue to nurture.
i might get a flag for this post lol

or some old folk 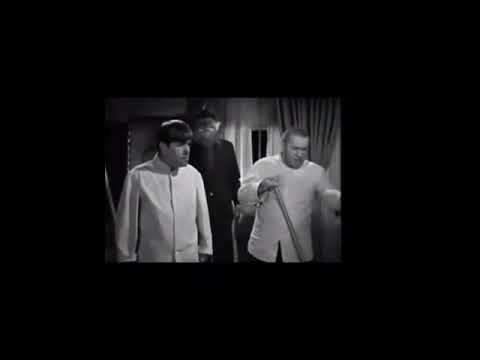 Just remember
There are no stupid questions…
Only stupid people.

I have no idea what post that was. When a high trust level user (TL4, i.e. a moderator) flags a post and it instantly gets hidden. Sometimes posts get flagged for no apparent reason.

If we knew what post that was, maybe we could speculate on the reasons why it got flagged.

Well, it’s pretty obvious why that was flagged

One should never ask “what’s the best desktop environment?” on a Linux forum, it’s a fairly notorious question, because it has no objectively right answer, but depends purely on preferences. However, people tend to have strong feelings about their preferred or hated desktop environment, so a discussion like that often just degenerates into a flame war.

Also, trolls are aware of that, so they intentionally ask such questions in order to get amusement from the chaos that often follows. Hence the

emoji reacts. This is not to say that the user who asked this particular question was a troll. Far from it, it was probably just genuine curiosity without any ill intent.

who know that is a stupid question right ? some one is a garbage, to the other it is a gold.

Yes, you are correct. Different users may very well have interpreted your question differently.

However, someone else may have interpreted your question to mean:

Which is the best desktop environment? Everybody thinks it’s KDE. Am I right?

This second (hypothetical) user would have been giving your question a “garbage” interpretation, because it seemed to be inviting a debate about which desktop environment is best. Such debates are never fruitful, because the desktop environment that is best for one user may not be the best for another. Rather than see such a debate begin, this second (hypothetical) user may have flagged your post as inappropriate.

i only ask what i don’t know. that’s all.

Having your post flagged shouldn’t discourage you from posting again. You deserved an answer to your well-meaning question. One response, after being flagged, would have been to post your question again, with somewhat different wording the second time, clarifying what you meant to say in the flagged post.

I hope you stick around here at the EndeavourOS forums and continue to ask all of your questions.

That is not the menu of reasons to flag a post:

@andrew_ysk was just being a little chit chaty. There is a launguage thing at play I feel,
But, what ever… I’m done

I agree, it’s not a valid reason to flag a post. And it wasn’t me who flagged it (but even even if was me, I am not of the trust level high enough so that I can instantly hide posts I flag).

I’m just saying that it is as predictable as a sunrise that in any group of Linux users there would be at least one GNOME fanboy to flag it. That’s almost as certain as an Arch user telling you that they use Arch, btw.

It always the same question from new users… answer should be “ 1 that fits your needs” so try all and find out.

Its a chicken and egg thing, but new users don’t know that it is a common question for new users… So maybe we should help them out? idk. Thats just me. I was new at some point, and even after 10 years of using Linux, I still ask some really basic questions from time to time cause I don’t know everything.