Hello!
No sound in the speakers only. Headphones are good. Do someone has some idea ?

by joekamprad Sometimes it is a puzzle to get around with a new soundcard, or getting a mix to work, I give some hints on getting information about devices and system here: First check if alsamixer…

Hello @Asaln
This laptop has intel audio. It may require sof-firmware to be installed. This package is not installed and some Intel audio chips require it. The problem is it’s hard to tell which ones require it unless i see some indication from some logs. Maybe you can check: sudo dmesg
If you see any indication of sof-firmware or in a boot log. You can use the EndeavourOS boot log tool to do that. It’s the first one in the list.

Hello !
I used alsa mixer and I saw 2 HD_Audio_Generic ( 0 an 1) ; whem I switch to the number 1 sound comes back in speakers. After reboot it is still here. I don’t really unserstand why…
Thank you.

Only fix for now is to downgrade these packages to 14.0-x version: pulseaudio, libpulse and pulseaudio-bluetooth.

I get dependency issues while trying to downgrade:

Either remove with sudo pacman -Rdd <pkgname> then downgrade or:

This explains my problems @keybreak

Didn’t have any issues with Pulse audio that I’m aware of.

I’ve been using 14.1 without issue all day too, with multiple apps and both a bluetooth speaker and plugged headphones. I’m running the lts kernel currently because I was getting weird freezes with 5.10 and firefox, in case that makes any difference.

I realized that I have lost the internal microphone, so I supposed that it was related to this update. After downgrading it showed that it was a wrong supposition. I can’t tell when and why that happened

Connecting a head-set I do have access to the microphone.

@xircon, thanks for the command lines!

Open alsamixer and check nothing is muted: 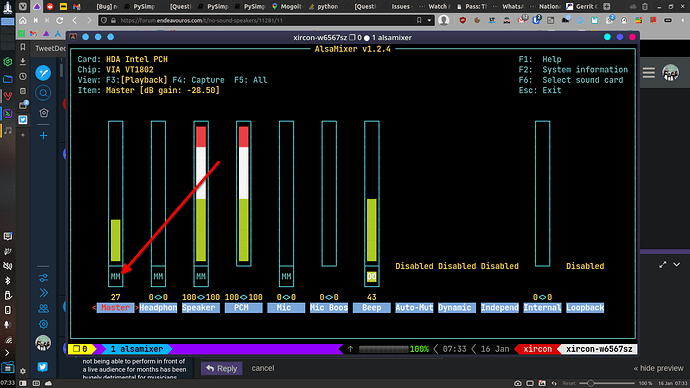 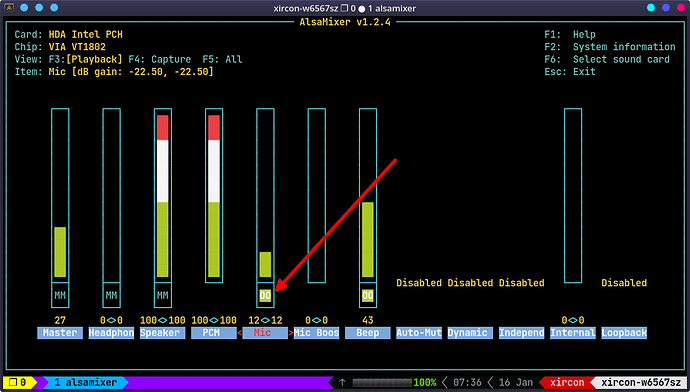 Looks something is quite off. The mic doesn’t show: 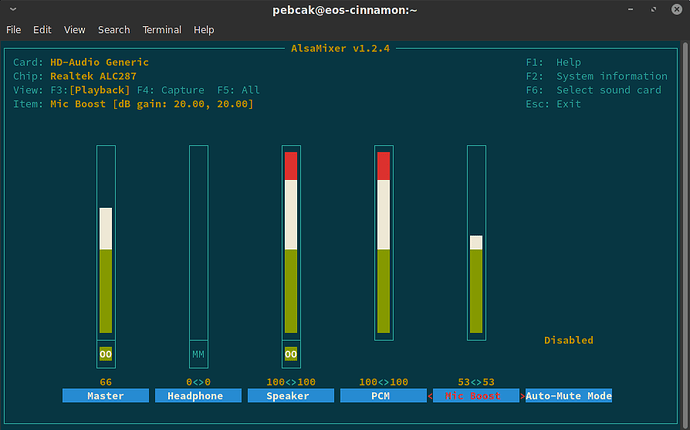 Weird, have you tried the Arch wiki?

No, not yet. I will have a look. Thanks for the help, I appreciate it.
It’s just odd. It used to work before.

Just out of curiosity, why alsamixer instead of pavucontrol (or pulsemixer, pactl, pacmd, etc.)?

Pulse is just a layer over alsa (and not a very good one at the moment), have a read of the Arch Wiki, I have. Repeatedly.

I currently have sound, and have taken a snapshot with it working. Am about to update pulse (after the Snooker has finished

Fixed in Pulseaudio 14.2 which is available.