Will be using as a dual boot Win 10 / Photoshop and EndeavourOS.

Photoshop does not like this card (very old… maybe original) and with the driver issues I’ve seen in the forum
I would like to have a more modern card that plays well with EOS.

Any thoughts… I am on a budget.

I am on a budget.

Why does it have to be nvidya? AMD cards are usually more affordable, and there is no fuss with them on Linux.

Also, I suggest you get used to GIMP, it’s just as powerful and feature rich as Photoshop (for some things, it’s even better). The only “problem” with it is a completely different, unfamiliar workflow (and techniques) which takes time to get used to. But it’s easier to do that, than to dual boot.

AMD would be fine if it works with PS.

I do use Gimp, don’t get me wrong. Gimp cannot do what I need.

It is well known than PS optimizes their code for Nvidia hence the request.

If you have plenty of RAM, that’s nothing for GIMP. Just increase the tile cache in the settings.

My recommendation for an Nvidia card would be to not buy one. I will literally never purchase or suggest anyone purchase Nvidia, especially if you have any interest in using Linux.

I will literally never

While I share your sentiment, I wouldn’t say never… But certainly not before they release their drivers under a Free Software licence.

So, when they fundamentally change how they treat their software and drivers add a collective company, it’s a never.

I just believe that evil people can see the light and seek redemption. But in reality, it happens pretty much never, yeah…

I have rx 560 which works probably better Linux than on Windows.
Even using Godot, photoshop(still getting used to gimp), works without any problems and crashes. Give it enough ram and it will work flawlessy. No point in getting Nvidia just because of photoshop and with current gpu prices you will probably find a better deal with AMD.
Having nvidia gpu on laptop, drivers where really solid and on Windows Nvidia probably have more stable experience compared to AMD.
If u are looking solely for performance gains, GTX 1070 and anything above will outperform
RX 580. If you want for example dlss or ray tracing than rtx 2060, which will outperform 1070(10-15%, more if u enable Ray tracing), or above.
Depends on your budget as well and other needs.

Thank you so very much for your reply!

I’ve been studying these cards for over a week know. Finally got hold of a gamer buddy in Southern California that knows video cards. Seems that what I need for PS to work correctly is a DirectX 12 card. Also since I want to dual boot into EOS, he agrees that AMD would be a better choice. He has a spare/unneeded rx 550 card that he is sending me.

I called him back after I saw your post about the rx 560. He told me it’s a better card but to try the other first to see if it will work. Also sending me 7 other Nvidia cards he said may work. He doesn’t need them, so if they are not suitable just to toss them. He kinda cutting edge gamer so I can just imagine whats in the box.

RX 550 will be a huge step forward in every aspect.
I am glad that you already found a GPU(s).
Advice on Windows, to uninstall GPU drivers with DDU and after that to install a Radeon ones.

Advice on Windows, to uninstall GPU drivers with DDU and after that to install a Radeon ones.

Downloaded and awaiting delivery of card.

Must be nice to have friends in gamer land. They just toss the cards we want!

Known him for over 20 years. He and his wife move to Cali after his dad passed. Still stay in touch to this day!

If his wife had her way he would send it all to me!

AMD cards are usually more affordable, and there is no fuss with them on Linux.

It is true AMD cards are cheaper? Yes…at the moment, although I have seen this fluctuate back and forth over the many years I have been building computers, so it is not always the case.

There is no fuss with Nvidia or its drivers. It use to be back in the day, getting the drivers installed and reinstalled with every kernel update was a chore. Now it is a one-time install of the drivers with ‘nvidia-dkms’ and they update automatically going forward, no fuss.

Should you support open source GPU drivers? Yes, so AMD for the win there. Has Nvidia ever stopped supporting linux with their proprietary drivers since the last decade? No. Until they do (I will hold my breath) either card is a solid choice and up to the user. There is a lot of FUD out there from linux users surrounding Nvidia, so do your own research.

There is no fuss with Nvidia or its drivers. It use to be back in the day, getting the drivers installed and reinstalled with every kernel update was a chore. Now it is a one-time install of the drivers with ‘nvidia-dkms’ and they update automatically going forward, no fuss.

I switched from Nvidya to AMD a couple of months ago, not a couple of years ago. So I can say with confidence and very recent experience that what you’re saying is absolute twaddle.

II had nothing but trouble with the 390xx drivers for my old Nvidya card. I had to use the AUR as the source of drivers, because it was a legacy card and one day, they just got dropped from the Arch repos. And the AUR version was always lagging for a couple of days whenever kernel updated. So, unless I was really careful with updates, I would make my computer unbootable and had to chroot to fix it. That was fine until the AUR package got orphaned, because the original maintainer had enough of this nonsense about the driver breaking with every kernel update. I wasn’t even upset at him, I would have orphaned that package if I maintained it, too. Thus, it was pretty much impossible for me to update for at least 2-3 months. Only when @jonathon took over the 390xx drivers was I able to update again.

BTW, this card I had was perfectly fine and working well, there was nothing wrong with it and it was powerful enough for most of my needs. But I had to replace it, because the drivers were making my life miserable.

Nvidya makes fine cards from the hardware perspective, but their Linux drivers and support is absolutely atrocious. They couldn’t care less about Linux. They care about Linux even less than they care about not generating e-waste and Tim Cook’s giraffe.

Hence, Linux users should not care about Nvidya. Unless they open the source code of their drivers and license them under a Free Software licence, so that community can take over the development of drivers once Nvidya decides for me that it is time to send a perfectly usable and valid graphics card to e-waste simply because they want me to spend more money on a new card from them (fat chance, you bastards!), I will never again buy or recommend an Nvidya card to anyone. My experience is simply too bitter, and I wouldn’t want this even for my worst enemy.

And yes, when it comes to graphics cards of similar performance, AMD cards tend to be significantly more affordable than Nvidya. Of course, prices fluctuate, but this is more often than not the case.

I could get you this one fairly reasonable. 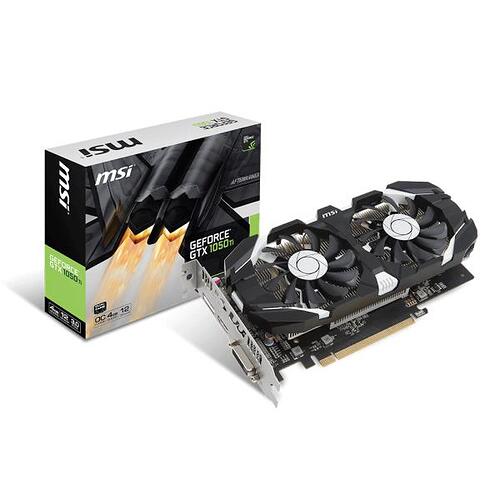 I wouldn’t take it if you gave it to me for free.

Ya who want’s free troubles?

I could tell you exactly where Nvidya can plug that card… but that would be rude.