Backgorund: My old phone was sent to repair due to it being stuck in a boot loop. It came back without anything done to it. The reason was that the moisture actuator had rendered the device useless, and hence void of warantee. To repair it I would have to send it to a repair shop in Luxembourg and pay that in full myself. So, I rather get i new phone.

So: Me being very into open source, and extremely not into Google, would like some input when it comes to either Linux/Open source phones, or standard phones that are easily flashed or de-googled.

My upper limit is around 400 US/Euros, out of principal reasons. My phone should not cost more than an okay laptop!

Extra plus if it can stand moisture, I’m a chef after all, and that was what killed my former phone in the first place.

EDIT: I can and have DDG:ed myself, but, as the zombies say, the more brains, the merrier!

EDIT #2: KDE Connect-able is extra plus plus plus.

Long lasting but better looking than its original, the Nokia 105 mobile is perfectly shaped for your palm. Enjoy the feeling of a quality phone. Discover more with Nokia phones.

Yeah, i love that concept, and have been thinking of getting one as a “in case of” phone, but I do need some “smart” phone functionality.

The pinephone is a strictly linux phone which completely removes Google but has limitations with the number of apps available. If you want an android phone that is easy to put an aosp rom on or root and degoogle then go for oneplus or xaiomi. You have to get the bootloader unlocked on xaiomi but its a simple online process and xaiomi have a great rage of phones. Just bought by son the poco x3 for his birthday, great phone just needed a bit of debloating

A Pinephone would be cool, but I’m slightly worried about functionality, and most of all, the price range.

My now dead phone was a Xiaomi Redmi Note 7, and it was a lovely phone. Given that I might consider a One+. Hearing that it’s easy to flesh/de-google is a relief.

So, am I getting you right, One+ does not require getting the boot loader unlocked?

It will not be long to be on the official Lineage it seems that some users already did it !

I wish Librem 5 would be available

As I mentioned in another thread I think all of yesterday, I picked up a one plus 6t new in the states for just over $300. I got it because as this phone starts to go, I really want to try lineageOS and it’s one of the best supported phones for it.

Check out lineage OS to find other flash able devices.

I used a xiomi mi 5 for years that treated me well…
earlier this year I updated to a Oneplus 7 pro . Easily the best phone I have seen .
The 1440x3120 AMOLED 90hz display is amazing, notchless and basically bezeless ! , battery lasts all day and then some , unlocking is simple … rom and kernal flashing is a-plenty …

Only downside really is the lack of a 3.5mm jack

If you check xda forums there’s plenty of development for all the one plus phones. They’ve made a conscious effort to work with "developers " so the custom rom scene is extremely active. But like I said the new poco x3 is an excellent phone and my son has it

If you really don’t want Google then maybe a 2nd hand Pixel 4/4XL/4a and install GrapheneOS?

I do need some “smart” phone functionality.

Here’s a comprehensive place to find info about phones: https://www.gsmarena.com/nokia-phones-1.php
Note that the link goes directly to Nokia phones (note the new KaiOS phones 8000 4G and 6300 4G), but the Phone Finder is a great tool for searching phones based on your requirements.

BTW, those two KaiOS phones have 4G LTE connection, Wifi hotspot, and some some services like Whatsapp and Google Maps, and more.
And cost between 50 to 80 euros… not bad in my book.
Naturally they are not the speediest phones available, but they have a long lasting and replaceable battery.

Personally, for my next phone, I would probably consider Fairphone for a repairable/recyclable device. It comes with its own Android-based os but it looks that it is possible to replace it with others (I haven’t researched it that much yet): 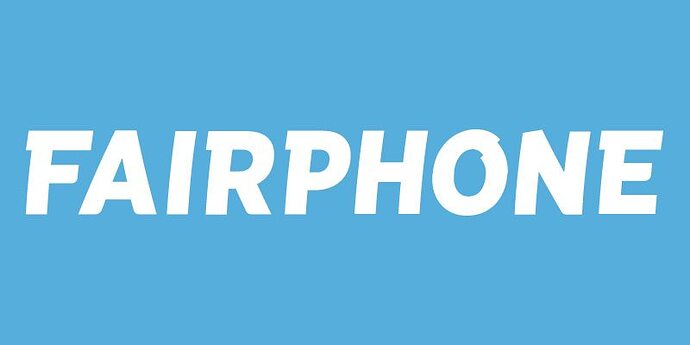 Fairphone | The phone that cares for people and planet

At Fairphone we believe a fairer electronics industry is possible. By making change from the inside, we’re giving a voice to people who care.

One of those is going to be my next smartphone.

You can be sure: People involved in creating the SHIFT devices matter to us. We care about good working conditions, including fair wages and working hours. And of course we will not allow child labor in the production of your SHIFTPHONE. Beyond that, the conflict material coltan is not part of any device. It is also important to us to protect the environment as much as possible.

And in case you disassemble the device or root it, your warranty will still be valid.

I think this one will work with KDE for sure.

Pinephone is well within your budget and Manjaro is not that bad.

I just bought a Oppo Reno4 Z 5g which was around £320, good little phone. Got some free BT earbuds which are excellent.

There is the XDA phone on KickStarter but not available till March and a bit pricey.

Which phone du you have? if its a simple bootloop then its not bricked and mostly you can go in the recovery and make a factory reset or install a new opensource OS like LineageOS. This came without any gapps if you want playstore you must install it separately with opengapps. Personal i use an Sony XA2 with LineageOS with the smallest opengapps package so i only have the barley minimum to get the playstore working.

I recently got a last-year-model Huawei - (model POT-LX1 @DKK900) - and it’s working and they are keeping Android 10 up-to-date.

What I didn’t like was the battery time - all reviews - which I read too late - was complaining on that specifically.

You know whats wrong? Google and a heap of other apps.

That operation - including research on how and what took me half a day - but the end result - was well worth the time.