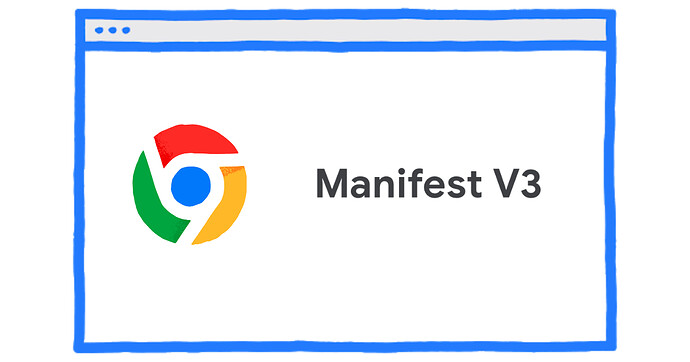 Chrome 88 introduces the controversial Manifest v3 which seeks to fix the...

I've been covering Chrome extensions and their many mishaps for quite a while here now. Each time something crazy happens with a developer stealing user data and such, like the 15 cases of this last month, the four last week that Facebook busted, and...

What's New in Chrome 87 for developers?

While MOST of what they’re trying to achieve with manifest v3 I agree with, I totally agree they’re going about it ABSOLUTELY wrong.
I think the funniest thing would be if someone forked Chromium 87, and that fork actually overtook Chromium/Chrome in terms of popularity. I know even if someone did do the fork it won’t, but I would enjoy that so very much.

I think the funniest thing would be if someone forked Chromium 87, and that fork actually overtook Chromium/Chrome in terms of popularity.

That would be really something!
Could something like Ungoogled Chromium do that?

I imagine they could. They’re already modifying the code to remove all the google talkbacks and such. The big question would be do they have the development ability to actually keep it updated in terms of security and future features…

Perhaps not such an easy task.
Wishful thinking here but it would be really nice to have at least one Chromium based browser which permits the use of content blockers as they have been until now.

I have been working to remove chromium-based browsers from my life since they announced this so I haven’t been following it very closely.

I assume, at this point, they have added the v3 functionality but not removed the old functionality, correct?

This shouldn’t have any material impact until they actually remove the old APIs.

Correct, they’ve given essentiall 1 year for all plugin developers to move their code to the new garbage before they chop the ability to use the old.