Yesterday I clicked a blank spot on the desktop and started typing autostart and Krunner found everything but it. I then proceeded to launch the apps menu and search from there but again no luck. I then launched system settings, searched, and no issue finding it. Anyone else experiencing this and maybe know why search is acting this way? Thanks

Did you re-install or just added KDE?

Just did a fresh install of EOS KDE a few days ago and added the 15.20 Plasma beta. I added KSmoothdock and qBittorrent to startup by searching from the desktop for Autostart and launching it from Krunner. Yesterday I went to add Telegram to startup, but when I searched for Autostartup via Krunner and the apps menu neither could find it. I ended up launching System Settings and launching Autostart from there.

Where did you expected to be? Which DE for the full distro?

As I stated I expected when I searched from the desktop I to see Autostart listed and to be able to select it from there.

Krunner is what you referring to, I think. Make sure you have it installed. If so, then check its settings in System Settings (do a search on Krunner) and make sure everything that you want to search is checked as active.

nice catch. As for it’s settings I’ve already checked them and they look fine.

If you run ‘krunner’ in terminal, does it appear?

Krunner running isn’t the issue. As I stated the issue is Autostart is not showing up in Krunner or on the apps menu when I search either way. 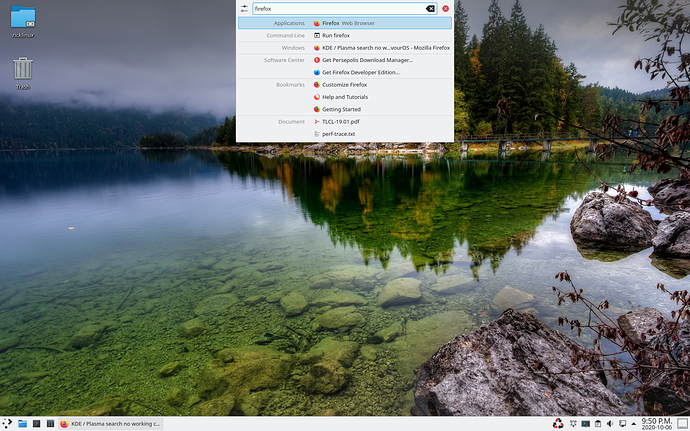 Once again this is not about Krunner. Please read what is actually written. Once again if I chose a blank spot on the desktop and start typing autostart Krunner launches but does not find Autostart, nor is Autostart found when I use the search box on the apps panel. This is about search not finding something, not about Krunner. As for the 5.20 beta you know as well as I do it installs as 5.19.90. That said I added the below to pacman.conf.

Please read what is actually written.

Is this what you mean? Also i did add this and i do not have 5.20 Beta. That is why i asked how you got it? 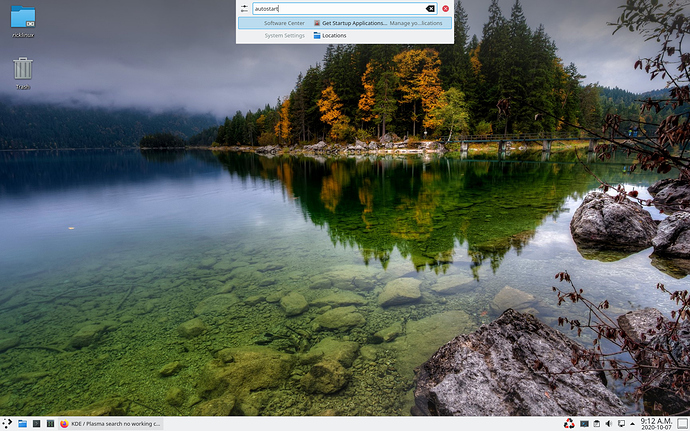 Yes that is exactly what I mean. I just decided to search for SDDM and Splash Screen and Krunner found them without issue, Have to wonder if for some reason Autostart isn’t indexed correctly.

Just searched for several other items that are in System Settings and Krunner found all of them.

Edit: Are you also on testing repo? 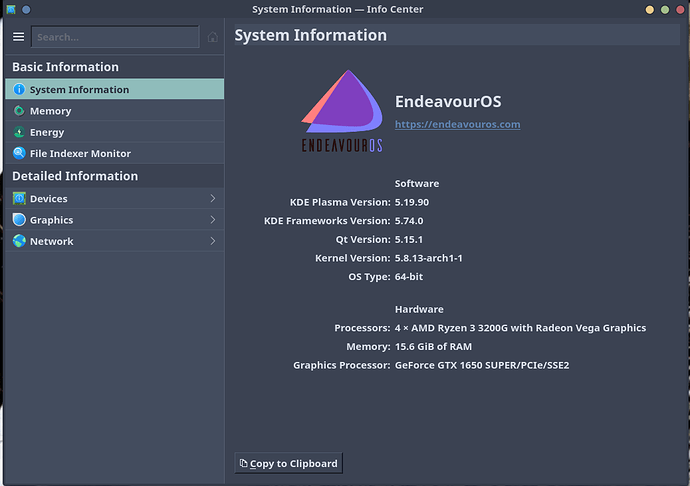 Oh okay…i have it then. Thanks.

Edit: I was on the testing repo but i reverted back.

OK now that I’ve done searches for other items in system settings and krunner found them without issue do you think it my be a good idea to purge the search index and recreate it?

I really don’t know to be honest. How do you mean to do that?

As far as I know one can purge the search data base or whatever it’s called and reindex it. I just found the below, but would like more input before attempting it.

How to delete the baloo index database file – TechOverflow

Okay…i see and it also say’s to disable it so it doesn’t reindex in the background. Then probably after deleting you have to restart it?