I've just discovered EndeavourOS and I love it

I am using EOS as well. It is a great OS and easy to install. What are you using EOS for?

I had the same feelings as you when I joined a couple of months ago, and those feelings have only been reinforced, esp. by the awesome forum community.

I had seen Endeavour mentioned a few times before but when I looked at the site, I noticed the words terminal centric. Considering it is an Arch fork, and the fact that I am no Linux expert by any stretch of the imagination, that scared me and put me off.

After installing a few other distros, looking at some more, my curiosity finally got the better of me, esp. because I wanted to have a rolling release instead of those annoying fixed release distros.

I tried Solus but it was not quite what I was looking for. Now, whenever a check out another distro on e.g. Distrowatch, my positive feelings towards Endeavour are reconfirmed. I think I can stop distro-hopping. Phew.

Welcome to the forum.

that scared me and put me off.

Same here! Honestly - though I know some will be angry with me - I do not like the phrase “Terminal Centric”.

Simply it may give a “first impression” that EndeavourOS is mainly used via terminal not windows, menus and mouse and no desktop environment.

I myself did not feel comfortable at the beginning though I know there ate many desktops like any other desktop OS.

But with experience and use (even if on another distro) I would use the terminal as I do here.

And by the way, I strongly believe EndeavourOS is not only for intermediate and advanced users, it is even suitable for newbies.
What I see fits more is “Install it only once and Forget it” Isn’t this a true fact about EndeavourOS?
I suggest changing this slogan that scares many people away.

I suggest changing this slogan that scares many people away

I would argue that it sets the right expectations.

There is no app store, and many of the system configs are done via terminal. EOS is more targeted to using the terminal, that’s also the first impression I got when switching over from many years using other distros. I also learned a lot and how powerful the terminal can be, it is an asset rather than a nuisance of Linux. We dont need yo hide that here…

I would argue that it sets the right expectations.

It most certainly isn’t a point-and-click adventure like Windoze, which keeps comforting people through a non-technical user experience by hiding away all computer-knowledge from the masses.

It needs to be hidden from some users, there’s people that just can’t handle it or aren’t interested. But for them there’s other distros… and even being terminal centric doesn’t necessarily exclude GUI and mouse work. Pacseek is a terminal based GUI, and the Endeavor welcome app is a GUI that launches several terminal tasks for the user so they don’t have to use the command line themselves.

Then I would say the phrase “terminal centric” is good and should be kept.

On the other hand, I can well understand the euphoria coming along, when one tries out EnOS and finds it simply ‘groovy’.

Yet, a to-each-their-own approach me thinks is best!

People wishing to learn about Linux will engage, people scared-off by the term may stay away, as long as they’re not yet fed up enough by the point-and-click marketing and all their cons, eventually guiding them to begin searching for alternative OS’s.

A learning-curve, if you wish.

Honestly, most of us here started with MS and/or Apple, then switching to things like Mint, or Ubuntu, etc. …you now the story, coming a long way until eventually stumbling onto Arch or EnOS, and the numbers keep growing.

It might be less of a matter of the term “terminal centric” than the fact that it scares people so much… it really shouldn’t, not the way EndeavourOS does it anyway. Maybe “Kinder, gentler terminal” or something

But yeah i guess the idea would intimidate some people. But terminal centric doesn’t have to mean “hard.” And it doesn’t here.

thank`s for all the love in your “hello” post!
Welcome to the purple side, and enjoy your endeavour

I suggest changing this slogan that scares many people away.

That would be a bad idea. It’s not trying to scare away anyone. It’s informing the potential user that this is not your typical All GUI based linux distro. It is an Arch based distro for those who want an easier install process that is close to vanilla Arch. It is for those who want to learn more about Arch and more about Linux.

It’s not trying to scare away anyone.

In the meantime, what’s going on in the mind of a newbie… (Non eos user) 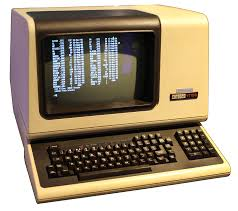 Reality what terminal centric eos brings to the table 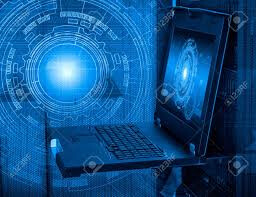 Very, the terminal freaks me out

I’m not a terminal freak!

I think we are freaking out the OP.

From my experience, all I’ve really needed to do is learn how to use yay.

I’ve tried bypassing that using Discover, but I learned the hard way that Discover should only be used for managing Flatpaks on Arch-based distros.

You can also use it for KDE themes.

It’s not trying to scare away anyone.

But it DOES. Whether you agree with it or not, the terminal is a threshold that tunrs certain people away - newbies mostly.

In the case of fantastic Endeavour there is no need for it. What is amazing about Endeavour is that of all the Arch-based distros it is probably closest to Arch itself, yet there are just enough GUI tools so the rough, aggressive edges of Arch are filed away and one is given a beautiful, polished distro without the annoying bloat of Ubuntu, Mint et al.

So, why not emphasize that?

Right, so why focus on terminal centric and leave out the GUI aspect? Why not mention both?

I agree with @limotux that EOS is for newbies as well as for intermediate/advanced users. In fact, it is a fallacy that only Mint, Zorin, and perhaps 1 or 2 others are for newbies.

I agree with @limotux that EOS is for newbies as well as for intermediate/advanced users. In fact, it is a fallacy that only Mint, Zorin, and perhaps 1 or 2 others are for newbies.

It depends what your definition of newbie is, and the expectations…That is a major problem, there is one category of newbies, which I would argue that just want everything to work out if the box, have a gui app to install programs, do backups with point and click.

If something breaks, then they distro hop or just reinstall the system instead. That’s exactly the peps that come in with wrong expectation. For them I think mint or Ubuntu is fine, and generally fitting their expectation of stable.

But fact is, things generally don’t break on their own in Linux, most commonly it’s what the user is doing. EOS leaves that responsibility entirely to the user.

I would still say terminal centric is accurate, I do not see the problem with this. But that is a discussion we had here in the forum previously.

Then there is the other category of new users who are eager to learn. they generally have no problem trying things out and don’t mind using the terminal.

Edit: had to edit that, came in a bit too much as a mini rant…