Currently looking at enlightenment to replace my minimalist Openbox setup.

Steep learning curve - and it seems to be worth it.

LXQt defaults to Openbox but can be modded to kwin without extensive effort.

Ha! One Reason more to switch from KDE to Gnome again: 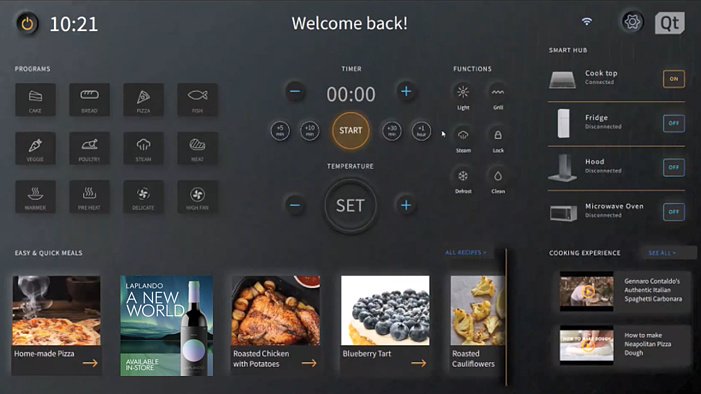 Yes, from my perspective KDE is just right for Windows fans and for those who like it colorful, fresh, childish, cluttered, and complicated.

One Reason more to switch from KDE to Gnome again:

That has nothing to do with KDE. Qt is used in many commercial cross-platform applications.

Also, adding this functionality isn’t definitively a bad thing. Any application has always been able to include ads. In theory, I would think that by centralizing ad management with a common framework should make it easier to remove if any open-source tool decided to include them.

But luckly (until now) on a Standard Gnome Installation no single QT Application is installed/needed.

In the past then i used Gnome, i had only one QT Application installed. And that was Nextcloud Client Application. Sadly, there didnt exist a GTK Variant or other way to sync with a Nextcloudserver (im not aware of one).

For me, its still a bad thing. Because if you get the possibility to implement it very easy and without work, it gets very popular. See the problem on Android.

But we may have still luck. Because the idea QT now have, had Microsoft and Apple already decades ago too. And they implemented it already decades ago. And what happend? I still until today didnt saw one serious Application on Windows or Mac wich depends on it and use it to serve ads (there are exceptions of course, like the Android-like Store since Windows 10, where Games with Ads like Candy Crush (to name a prominent one) exists).

For me personally, its a “ethical” or a question of principle. And didnt want to “support” that from the ground up because i use QT based Apps/DE’s.

Interesting would be too, to see what happens in reality. I could imagine that Debian for example patches the whole thing out.

I’ve been using sway but I hear Qtile is good.

Only just switched back to i3, but to be clear, I only have EndeavourOS/Linux on one machine in my household.

Not dedicated enough I guess, but still, trying to contribute non the less.

On both my desktops i’m on plasma

So you wanna type for info and receive a typed response…? How slow do you wanna get…?

Give me visuals any day.

Imagine 2022 fighter jet or even a WW2 Spitfire with typewriter driven weapons control….?

I would use LXDE - the fastest there is; hyper responsive as so light on resources - Lotus

I am taking back what I said earlier. Going back to Gnome + Wayland due to super snappy performance on my old machine.

Cinnamon is still my favourite but nouveau drivers with two monitors, performance isn’t there. I am looking forward to Wayland support for Cinnamon.

Getting used to workflow of Gnome and surprisingly the keyboard shortcuts work quite well.

Trying to stick to vanilla as much as possible besides theme extension.

I am looking forward to Wayland support for Cinnamon.

Is this even being developed?

Plasma is working on Wayland support with a “stretch goal” of having it ready by the end of 2022.

I’ve been running Wayland Plasma for close to a year now…I don’t see any real problems since August.

I’ve been running Wayland Plasma for close to a year now…I don’t see any real problems since August.

It really depends on which features are critical to your individual workflow. Some people see it as completely functional and for others there are many critical features missing and/or broken functionality.

you might be right. couldn’t find any concrete info Mint developing Cinnamon for Wayland or even roadmap.

So far, labwc supports the following:

(I don’t know what “Damage tracking to reduce CPU usage” is about. Time to “do Google”.)

I think I will stay with the well-established Xfce Cinnamon KDE trio in 2002 as well. I don’t need anything else, these desktop environments cater to all my needs. I’m going to keep testing, since I’m still a bit of a distro hopper, for example I’m going to look at Centos ’successors.

Yes @zoli62 but when you decided to move on from 2002, try something a bit more modern laugh. We’ve come a long ways since then.

No one switching to cutefish?!

Cutefish got so much wrong in their beta (as I watched my ethernet interface flag up and down as it continuously refreshed dhcp info), it gave the whole thing a bad taste in my mouth.
I actually was considering (yesterday) a mad switch from Plasma to Deepin. It looks so perty and overall themed consistently. Surely it was just a mad impulse though?

I actually was considering (yesterday) a mad switch from Plasma to Deepin. It looks so perty and overall themed consistently. Surely it was just a mad impulse though?

I also had an impulse and tried deepin and cutefish for 5 min each. Couldn’t bear it any longer, although I like simplicity of cutefish and look, if it would have at least options we find in lxqt and stable I might actually try it for longer.

Deepin definitely too pimped up for me