Is Chrome OS a force to reckon with in the future of personal computing?

With the arrival of ever more powerful machines running Chrome OS and the possibility to run Android apps, Linux’ apps through Crostini and now Windows apps through Parallels for Enterprise Editions, do you think that Chrome OS will be a serious contender to other operative systems already slicing up the market between them? 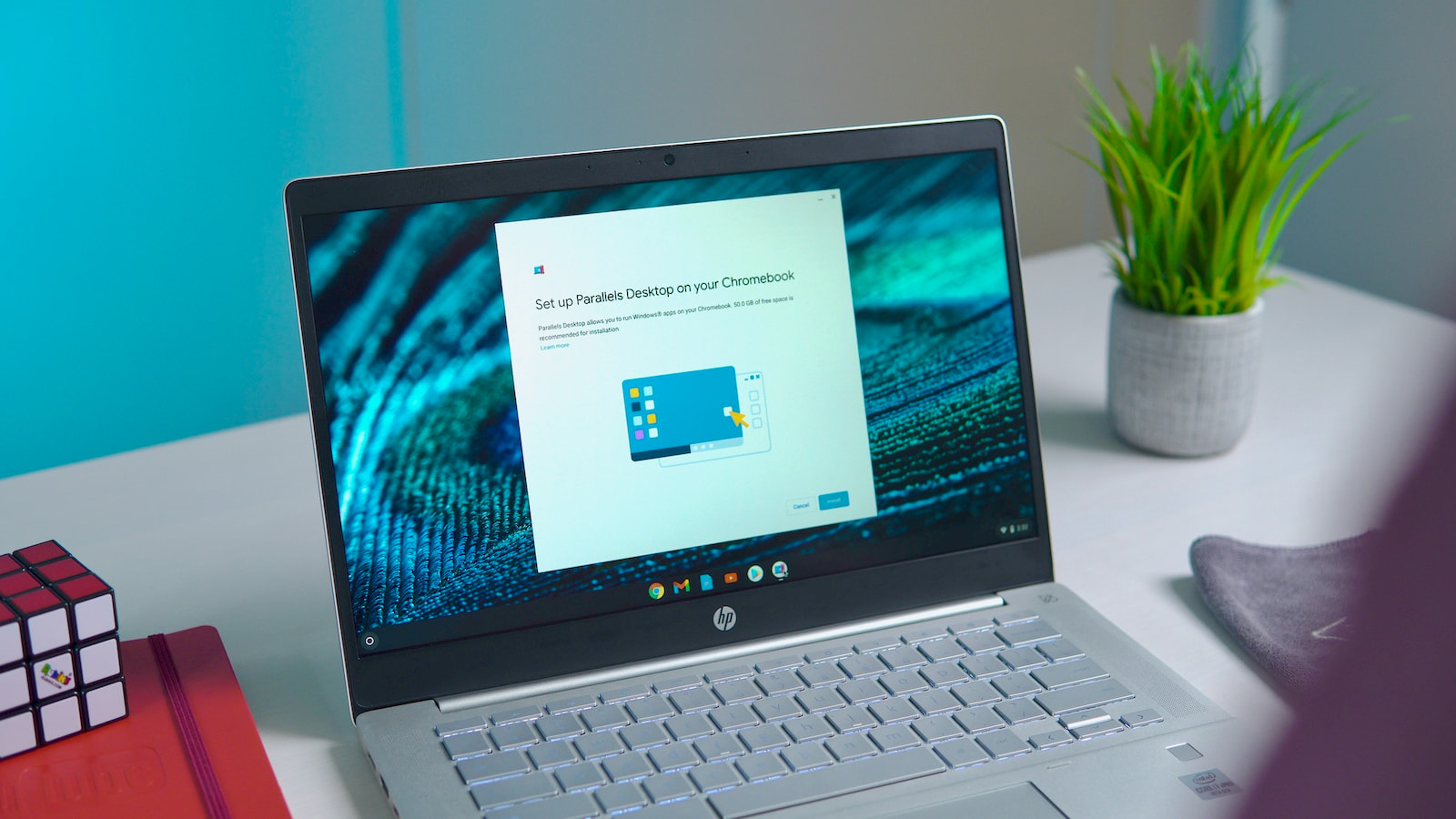 Google just wrapped up its Chrome OS Demo Day at which the Product Head John Maletis took to the digital stage to highlight some exciting new features headed to the enterprise sector. While this may not be of interest to the average consumer, the new...

To an extent. Android apps isn’t as big a deal as I thought it would be (I know almost noone that actually uses any). Linux apps are big for people such as myself, but overall, most users probably could care less since they have no idea what’s available with them. The Windows apps gives Chromebooks a chance in Enterprise, but being only an Enterprise feature, this is where it limits the Chromebook ability. If they would have put this in the “normal” Chromebook, THAT would be the thing that gets Chromebooks past most of their detractors.
Also, personally speaking, I see the trend to increase the quality of most of the components of Chromebooks but still have a REALLY garbage LCD to be a limiting factor. Not all OEM’s that make one do this, but far too many still do.

Thanks for replying and fleshing out the subject!

he Windows apps gives Chromebooks a chance in Enterprise, but being only an Enterprise feature, this is where it limits the Chromebook ability. If they would have put this in the “normal” Chromebook, THAT would be the thing that gets Chromebooks past most of their detractors.

I agree. Only available for Enterprise would be a limiting factor. However, to me, it seems that Google is pretty serious about getting a slice in the personal computing market. So who knows, they might offer Parallels for home users as well in the future.

If/when they do, then I can see Chromebooks making a noticeable dent. OEM’s have proven they can make GOOD Chromebooks (Google Pixel, I wanted one of these for YEARS the hardware was AMAZING for it’s day, Dell Chromebook 7310, a thin and lightweight with a great 1080P 13.3", Core i5, 8GB ram, REMOVABLE m.2 SSD in a chromebook, and the HP Chromebook 13G1, an ULTRA thin and lightweight, Core M7, 16GB ram, UHD 3200x1800 13.3" to list a few), and others. They’re certainly not the rank and file Chromebook, but they prove that Chromebooks can be better than bottom of the barrel.

Chrome books are making a dent into the Windows world. They have taken over in Education from Microsoft. The prices are too high on the high end chrome books and tablets. Not saying they aren’t good but i still prefer ANY Linux over ChromeOS.

That’s a list of pretty nice machines you got there!

And there are pretty interesting ones to come in the 2021 with many reputable manufacturers producing quite high-specced machines for Chrome OS. So obviously many producers see some opening in the market for Chrome OS and don’t want to miss on that. At any rate, interesting to watch.

Chrome books are making a dent into the Windows world. They have taken over in Education from Microsoft.

Right. I read recently that Microsoft is working on to bring android apps to be run “natively” on Windows (and not through another app from the Store and limited to some phones) as an attempt to hinder Google’s push forward with Chrome OS.

I think it is just interesting to see what strategies these giants adopt to position themselves in the highly “movable” market and defending and expanding their territories.

Google is already leading in the browser and mobile market. I won’t be surprised that they will make a serious case for winning over personal computer users as well.

Betteridge's law of headlines is an adage that states: "Any headline that ends in a question mark can be answered by the word no." It is named after Ian Betteridge, a British technology journalist who wrote about it in 2009, although the principle is much older. Like similar "laws" (e.g., Murphy's law), it is intended to be humorous rather than the literal truth.[failed verification] The adage fails to make sense with questions that are more open-ended than strict yes–no questions. The maxim ha...

Interesting!
But not quite applicable here.
Or is it?

What were you watching yesterday night? Lounge

Esp since this may be a thing 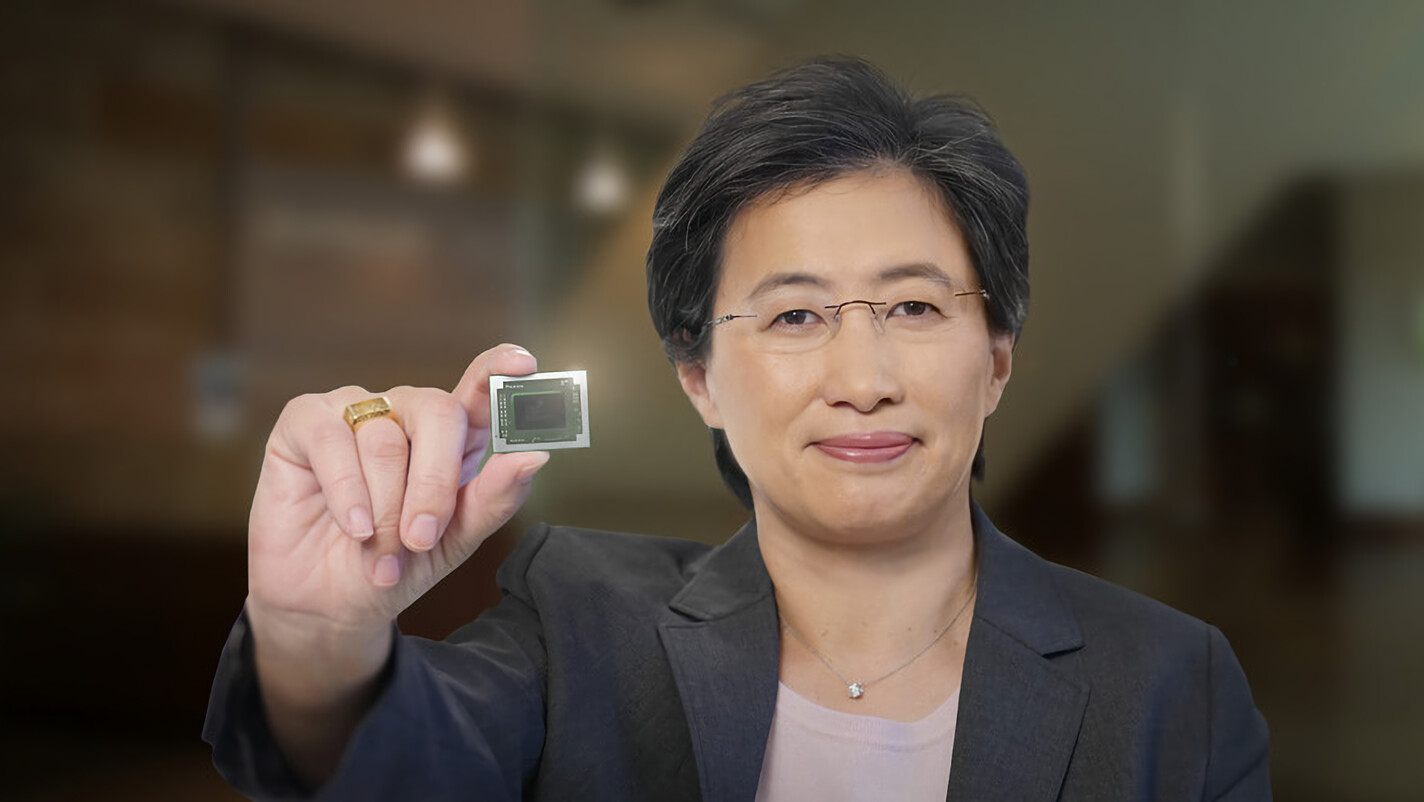 The rumor comes from hardware leaker Mauri QHD (via NotebookCheck). They write that AMD is working on two versions of the chip—one with integrated RAM and one...

I had actually considered posting that as well.

Sure is. It’s all I had for almost 2 years until I tried Gallium OS on it and remembered why I used Linux for years earlier.

The integration and smooth usage between my phone and computer was awesome. Text messages worked like imessage, Google docs worked great.

And at the end if the day today in 2020, especially those under 30, your phone is all that matters. 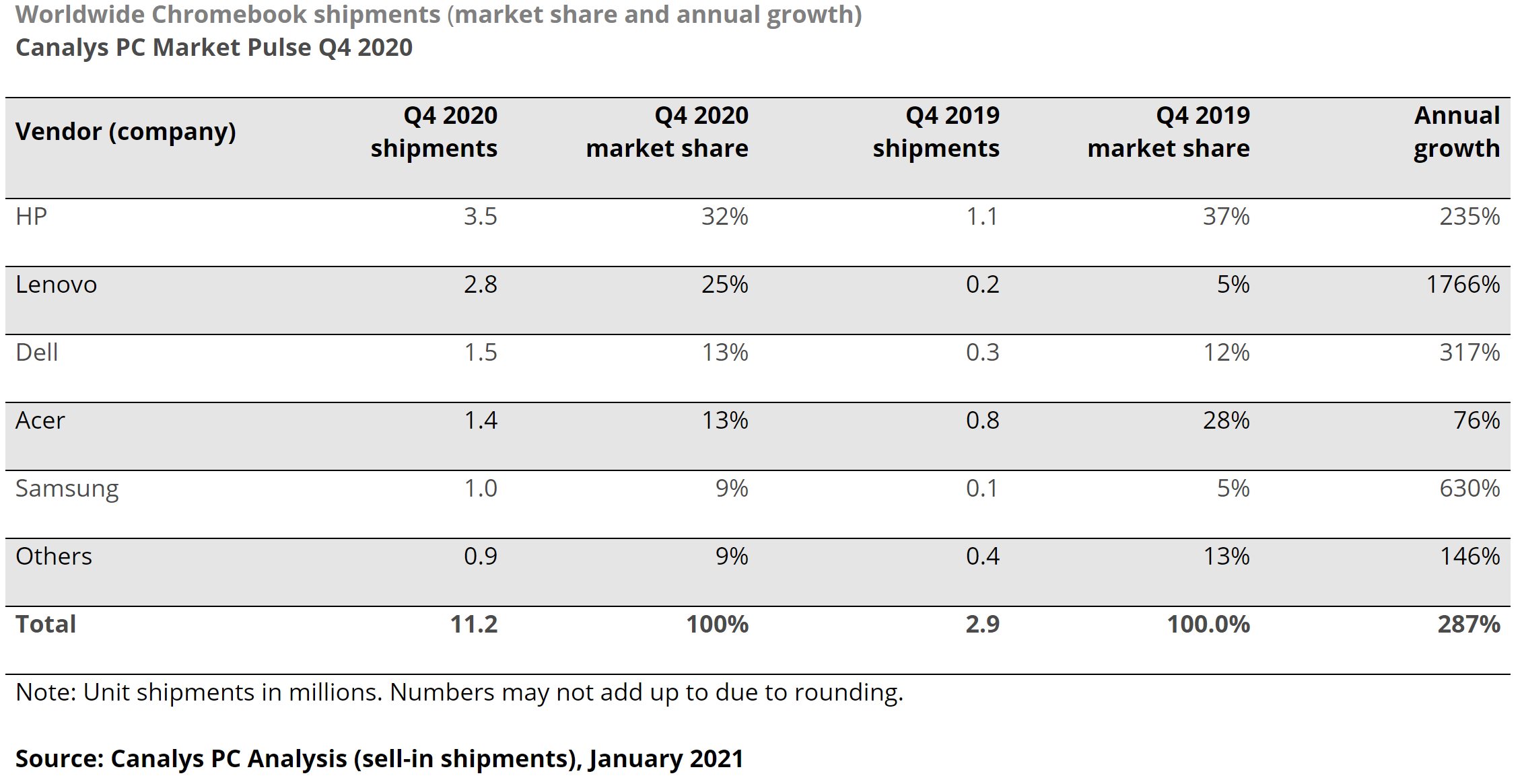 HP recorded a growth of no less than 235 percent

I believe Chromebooks are not so much seen in Europe. It still is a USA phenomenon. Pretty sure China is not having high Chromebook numbers either. I would love to see a data privacy analysis with regard to the european general data protection regulations.

The EU General Data Protection Regulation went into effect on May 25, 2018, replacing the Data Protection Directive 95/46/EC. Designed to increase data privacy for EU citizens, the regulation levies steep fines on organizations that don’t follow the...

Not a scientific observation, but judging by the fact that there are more and more models on offer from the retailers in Europe, I would imagine that Chromebooks will make a foray into the European market too. And there are some pretty high end models as well.

They are quarantine sheek

They are quite handy and easy to come in terms with for schoolchildren I would guess.

They are not just being used in education. Some business use also. There are Chromebooks that are more money than we want to pay for good laptops.